A beautiful but secluded house sitting alone on a weather ravaged island. A group of 10 people, all strangers to one another, invited to the island for a range of different reasons. A mysterious host delayed in London, not there to great his guests. And ten mysterious statues sitting on a mantlepiece, that, one by one, start to disappear and break as the guests are picked off by a murderous assassin, out to dish the justice they thought they had escaped. This is the premise of the 2015 version of the classic Agatha Christie play ‘And then there was none’, which opened last night at Wolverhampton’s Grand Theatre. 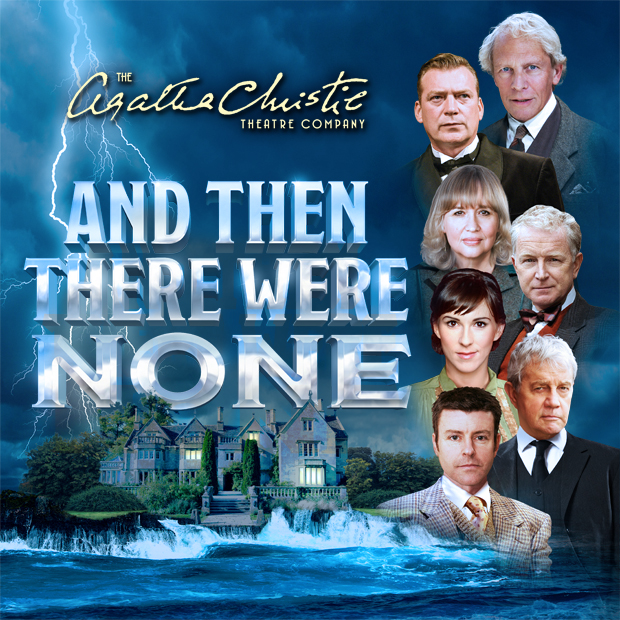 A classy ensemble cast has been assembled for this touring production, with Paul Nicholas, Verity Rushworth and Mark Curry amongst the TV veterans giving knockout performances. The whole cast is faultless, I loved Verity’s slinky yet always verging on hysterical Miss Claythorne, whilst Mark Curry, who I can only remember as a television presenter, was sensational as the nervously timid Dr Armstrong, teetotal now, having once caused death perfoming a surgical operation whilst drunk. Susan Penhaligon was the very image of a judgmental indignant as Miss Emily Brent, all fire and brimstone, preaching religion whilst showing absolutely no Christian charity for those who really need it.

The set is almost the 11th star in a production packed full of them. Based on the stunning Art Deco Eltham Palace, the room where all the action is set manages to be both wide and spacious, but equally claustrophobic, as it becomes death’s waiting room for the increasingly terrified guests. Tension was also built by the use of music, the drum beats echoing an eerie executioners song adding to the dread and terror of the story.

If you know the story, you will love this performance. If you are not aware of the ending, you will have the greatest time playing amateur sleuth as you try to work out just who is killing the killers. Highly recommended for a great night out.

And then there were none runs at the Wolverhampton Grand Theatre until Saturday 7th February. Click here for ticket information.