Just when you thought you’d never hear Lady Gaga and Wimbledon mentioned in the same sentence, up popped Bethanie Mattek Sands. The American No 2 tennis player is the self-proclaimed Lady Gaga of tennis. And whilst she didn’t last that long in the championship, she certainly brightened the staid tournament up with her unique fashion sense.

At the pre tournament bash, she sported an outfit that can only be described as interesting. In bright neon green, and with a matching headdress, Bethanie made sure all eyes were on her. Decorated with tennis balls, the dress was designed by Alex Noble, who has also designed clothes for…wait for it…Lady Gaga. 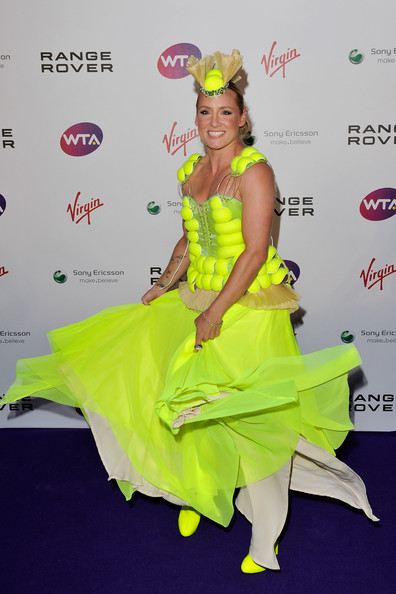 Then, during the tournament, she turned up in a coat that can only be described as complete balls! Completely covered in tennis balls (I’m seeing a theme here..), Bethanie removed it before play, but it was still hard to forget. It was sort of like an Elvis in Hawaii jacket..except with tennis balls! 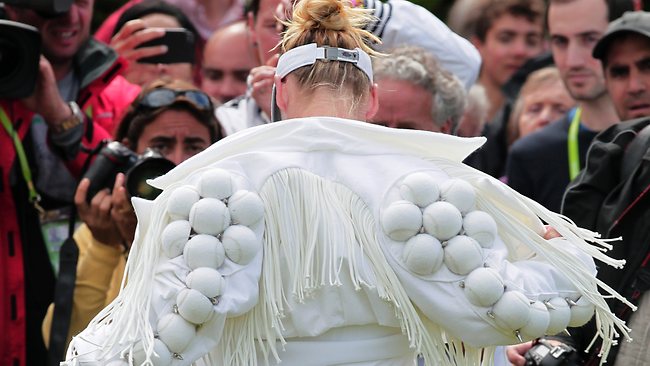 When not sporting balls, Bethanie has worn Grecian inspired tennis wear, leopard print costumes and some very strange, and rather scary face paint. 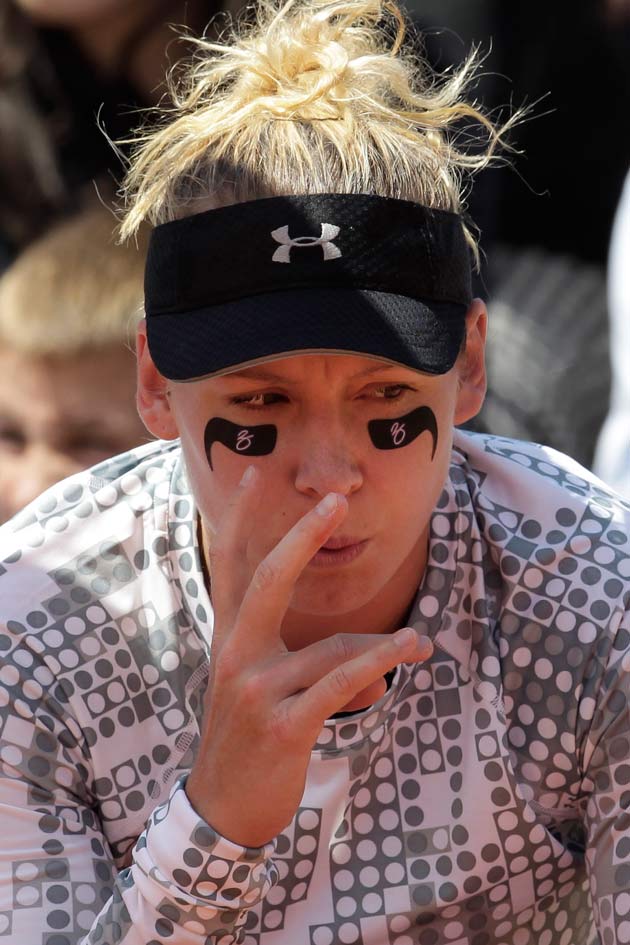 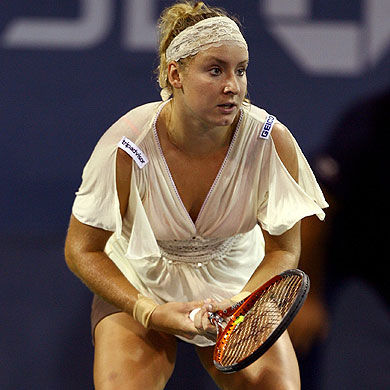 I really wish that Bethanie had progressed further in the tournament. Fashion needs its mavericks to entertain, and with Bethanie around, centre court was a much brighter place. Here’s to the US open, where she promises something super special!