The Grammy Awards were dominated by two, very glamorous ladies last night, with Beyonce and Adele fighting it out for the biggest awards. The two ladies of song were also eagerly awaited on the red carpet too, although only Adele made an appearance. She was, however, joined by some of the most stylish ladies in music, making the red carpet event interesting to say the least, although, in the case of Katy Perry and Lady Gaga, this was for all the wrong reasons.

There were some lovely looks though, with many of them giving us a sense of deja vu. The lovely Tori  Kelly had me thinking of Madonna in her ‘Like a Virgin’ era with her blonde tumbling curls, I loved her Spanish influenced green dress too, a great colour and the style was very pretty. Kat Graham’s dazzling stripes were so right for the Grammy’s and her sleek styling was pretty perfect too.

I loved Beyonce’s red sparkle, has ever a baby bump looked so perfect? But I couldn’t quite make my mind up about Adele’s dress. The colour was gorgeous, and I love the sheer sleeves, but was just unsure about the wrap style front detail – a layer too many for me. Paris Jackson showed she was all grown up in a disco style sari dress, and then there was JLo, super beautiful in Ralph and Russo, but I would love the dress even more without the candy floss style ruffle around the neck.

Bonnie McKee’s sequined suit was fabulous, a really good choice on a night when there was a tribute to the kings of disco, the Bee Gees, whilst Katherine McPhee was stunning in a black column dress with a sequin bodice.

Whose look did you love from the Grammy Awards? 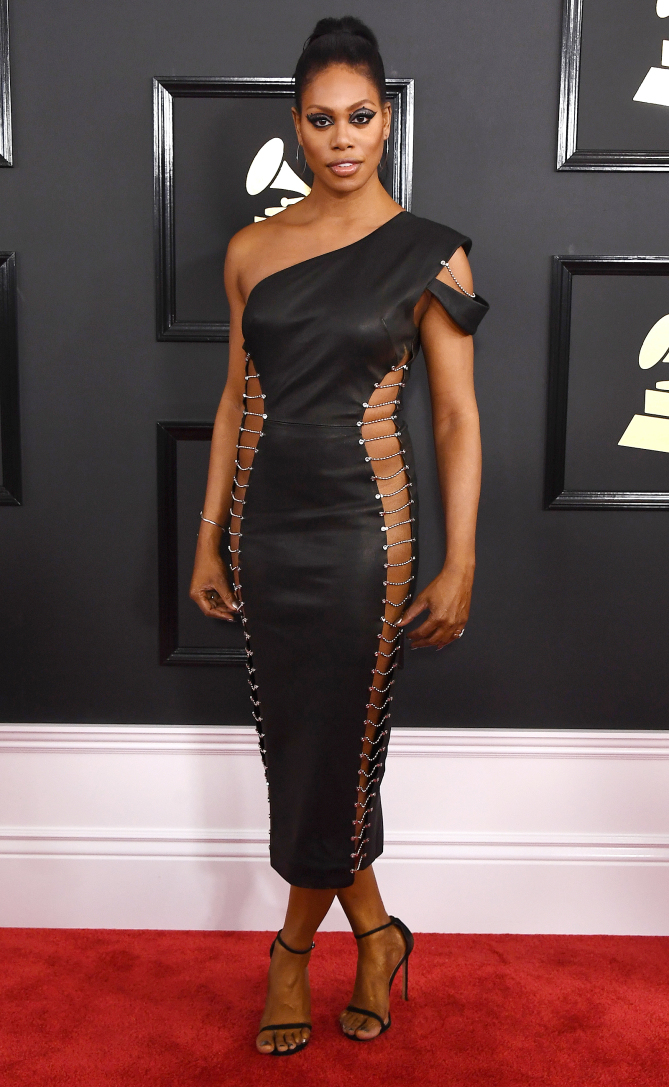 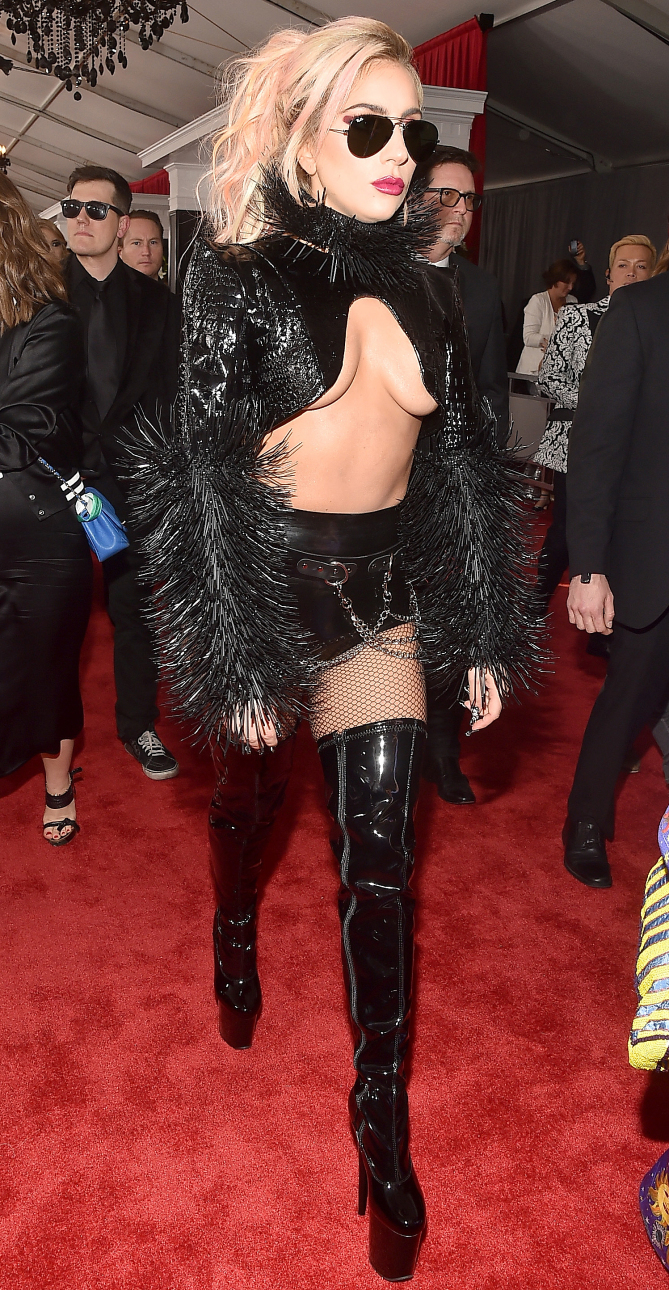 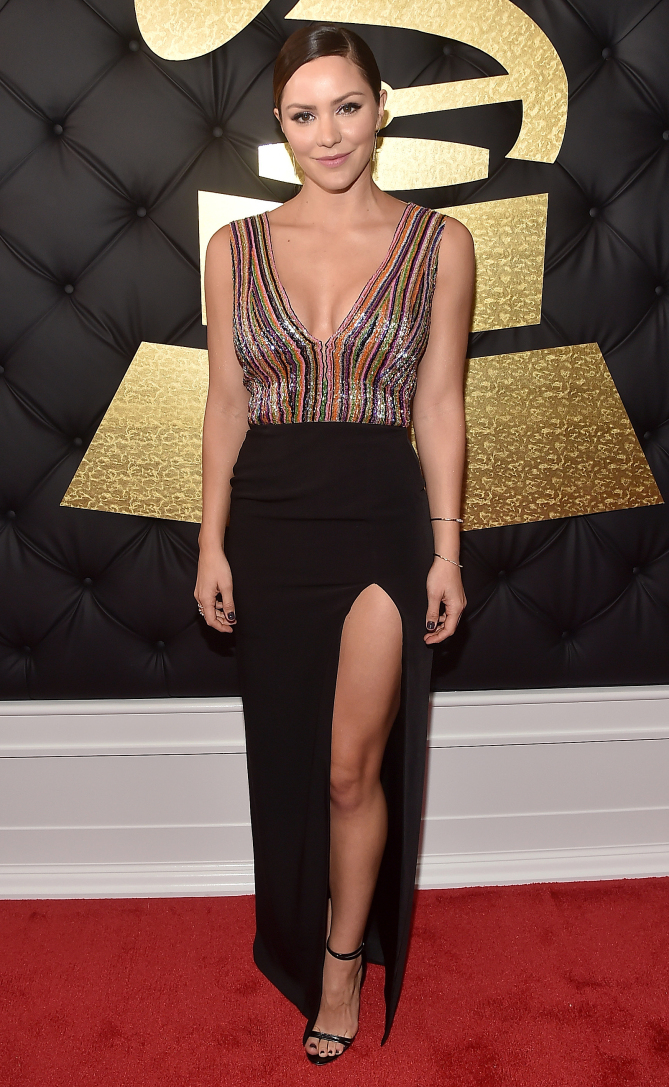 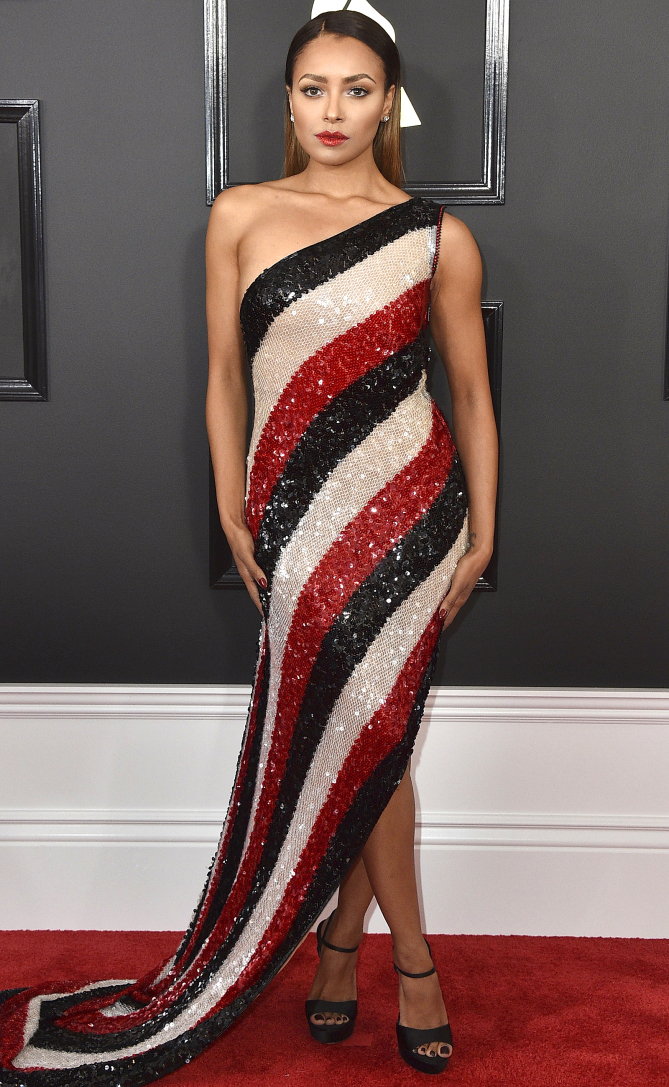 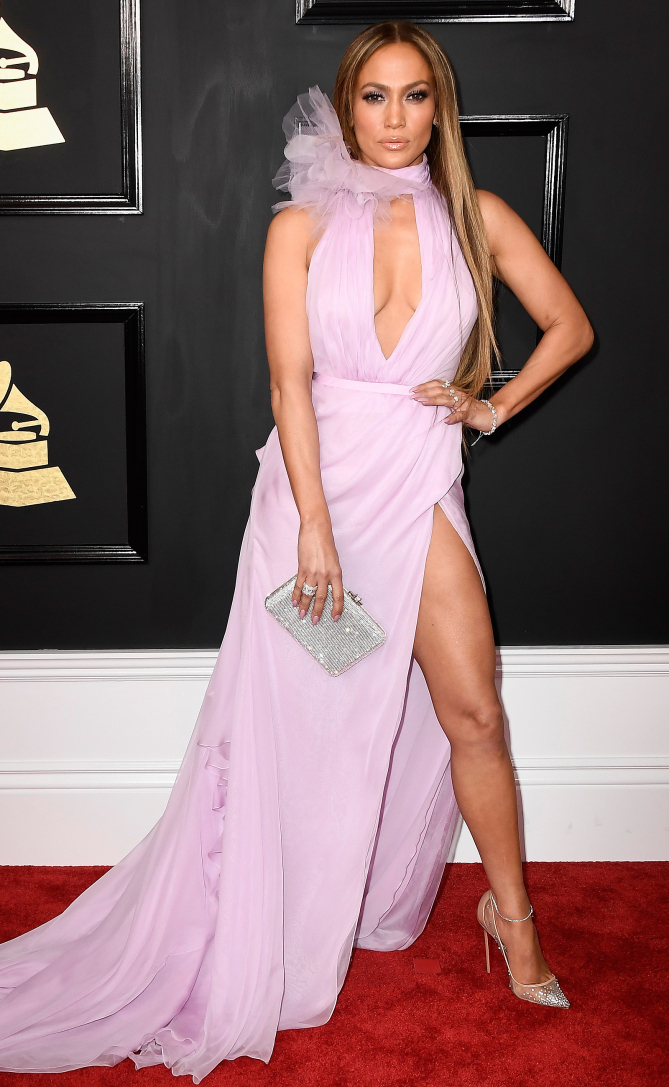 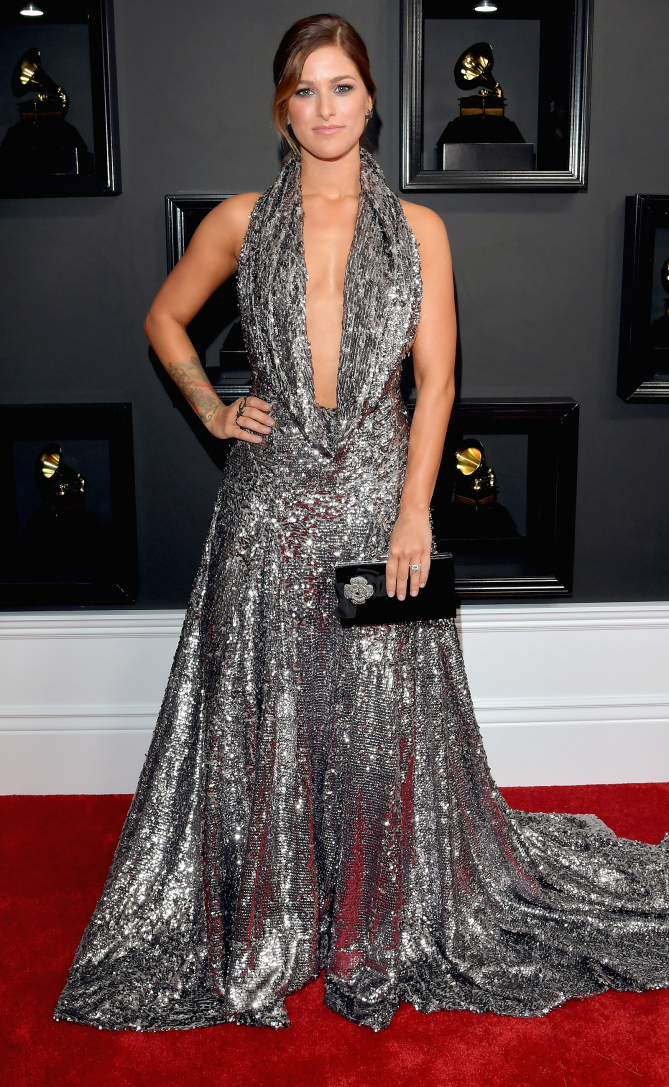 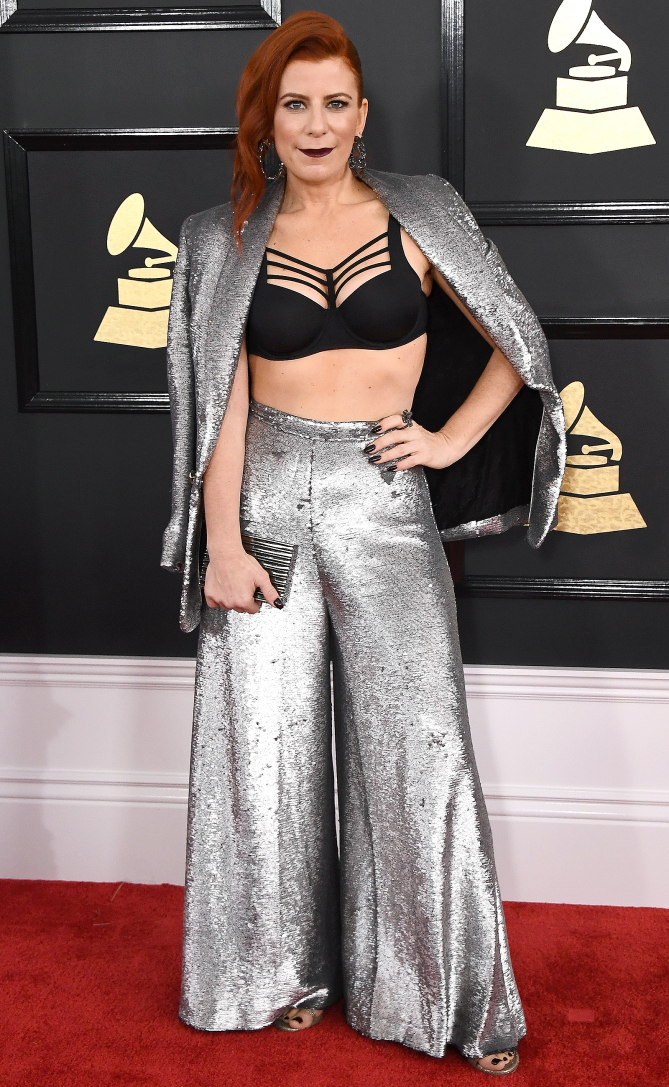 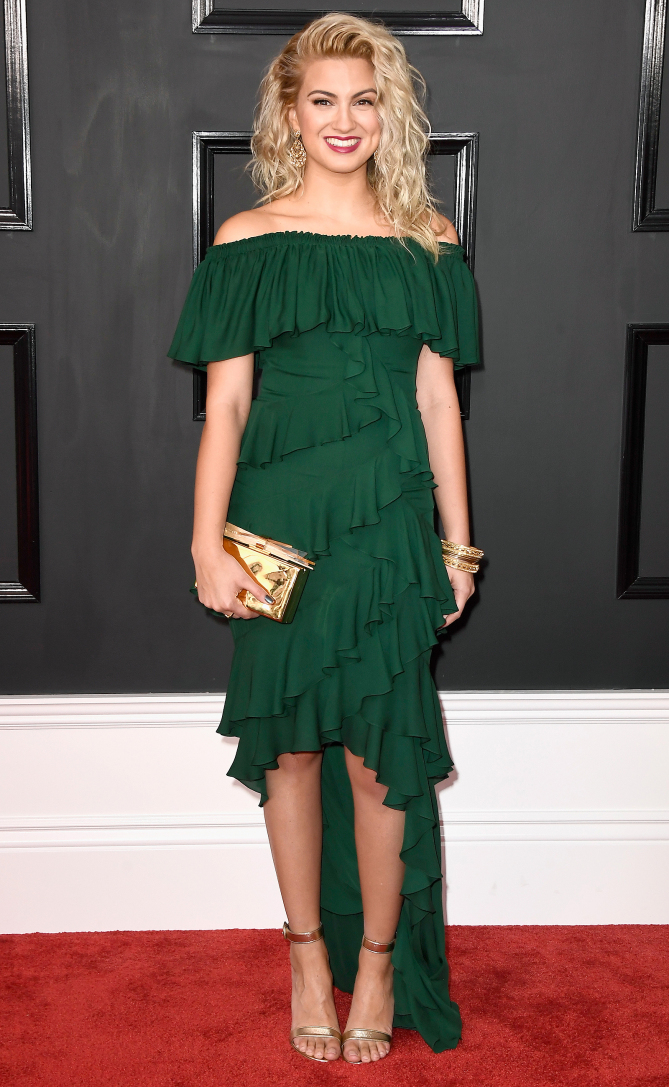 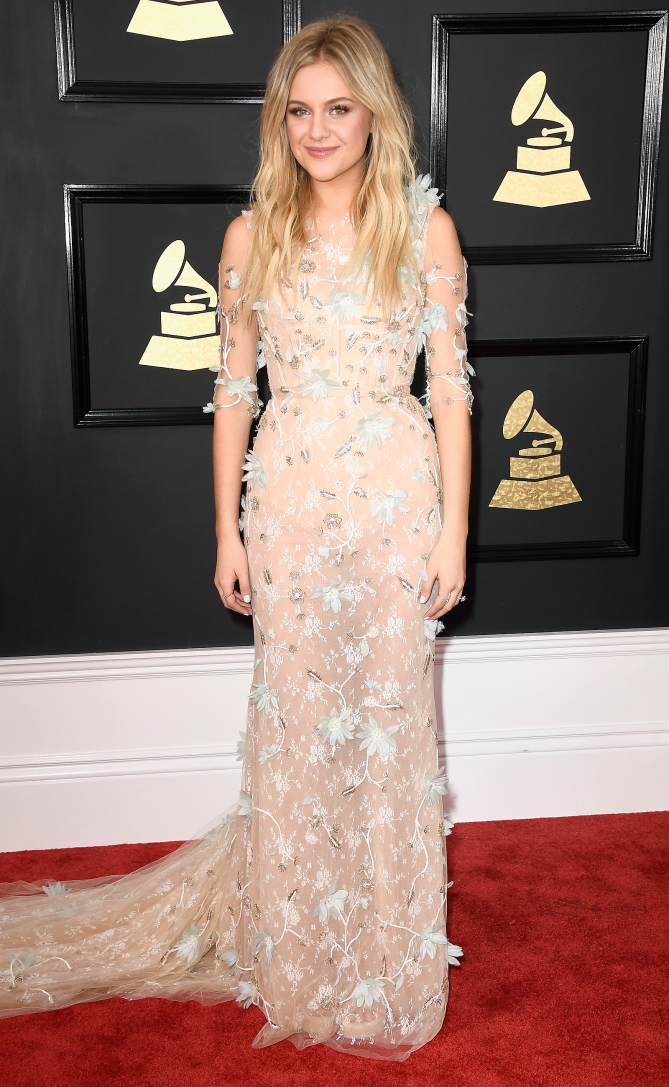 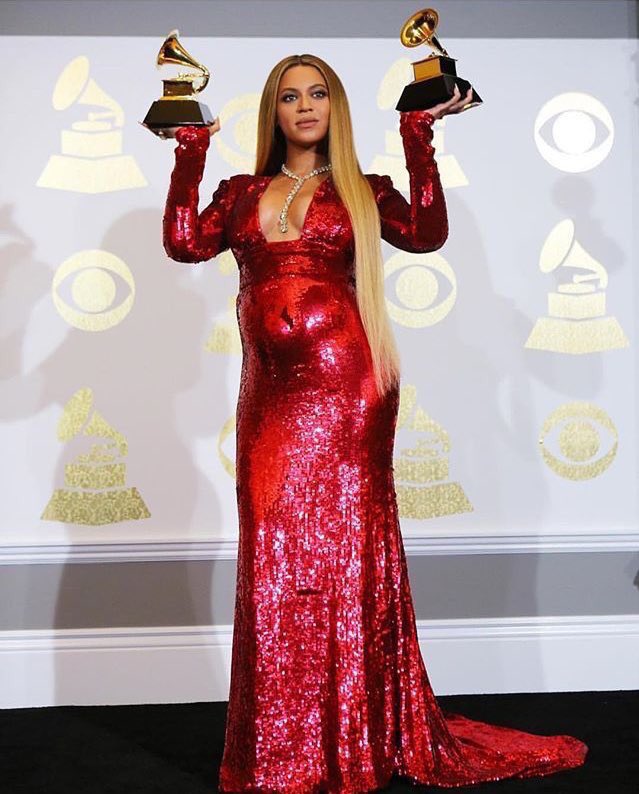 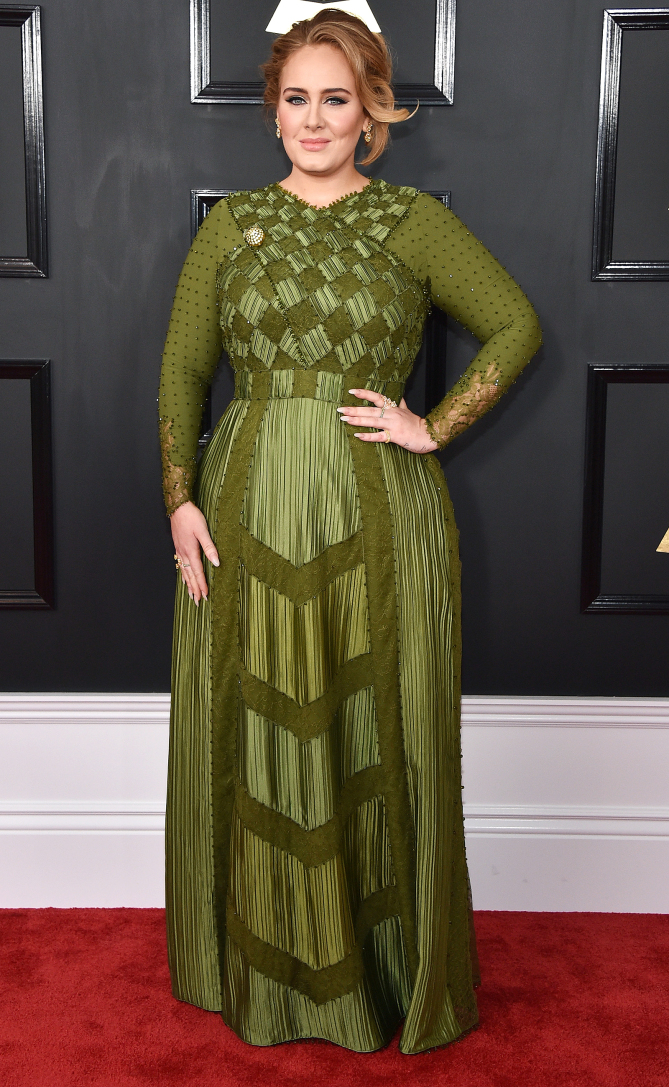 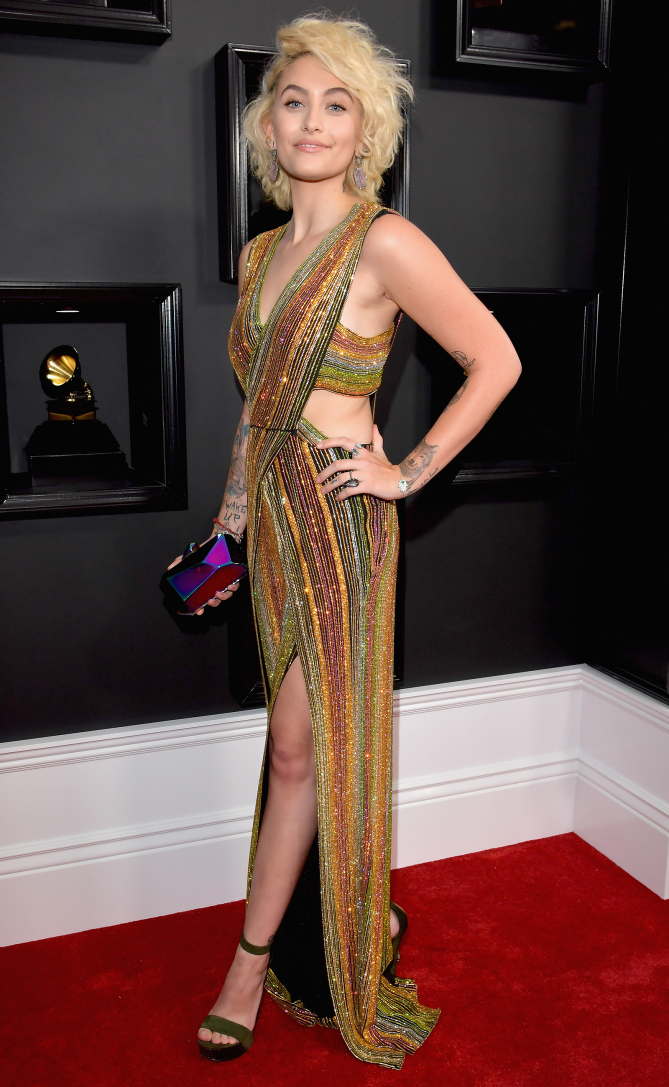 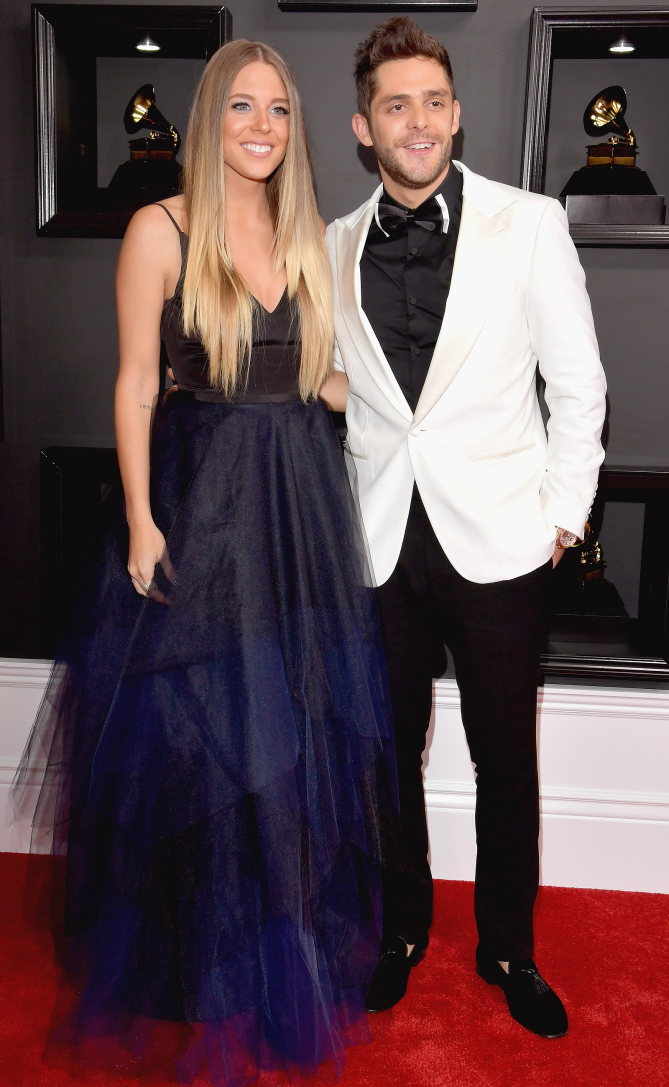 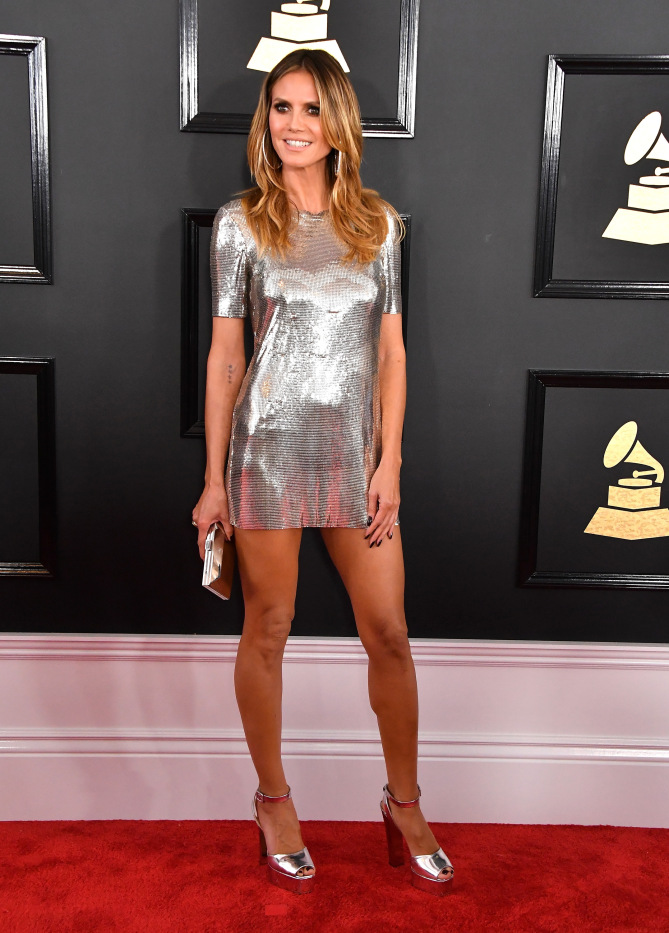