The Grammy’s is always interesting in fashion terms  (who could ever forget Gaga arriving in an egg?), but this year there was a sombre cloud hanging over the proceedings, following the death, just hours earlier, of Grammy winning superstar Whitney Houston.

But the show did go on, and there was one undoubted winner on the night, both in the music and style stakes. Adele looked so beautiful in a Giorgio Armani black shimmering gown, with long sleeves and a slightly low back. Her hair was lighter and fixed in 1950s movie star waves. She was perfection, and swept the board with six Grammy wins out of six. Rihanna also wore Armani, and said she wanted to channel the sleek, sexy look of Michelle Pfeiffer in ‘Scarface’. She certainly achieved her aim, in a deep plunging fronted dress that was also backless. It was a fabulous look for the Grammy’s, the only thing not rocking my world was her hair. It looked like it was borrowed from Goldie Hawn… 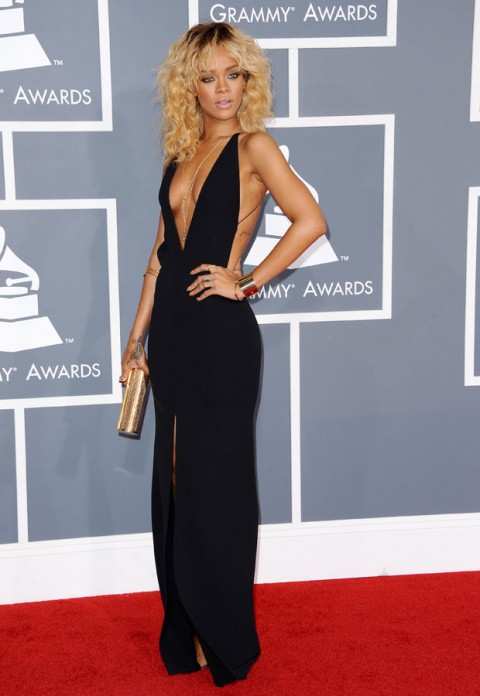 Jessie J was another lady in a perfect frock with less than perfect hair. The stunning silver chainmail detailed dress was from Julian Macdonald, and it was like the prettiest disco ball you have ever seen. But I love Jessie with her sleek bobbed hairstyle, and this pony tail was just a little bit like Whitney Dean from Eastenders. 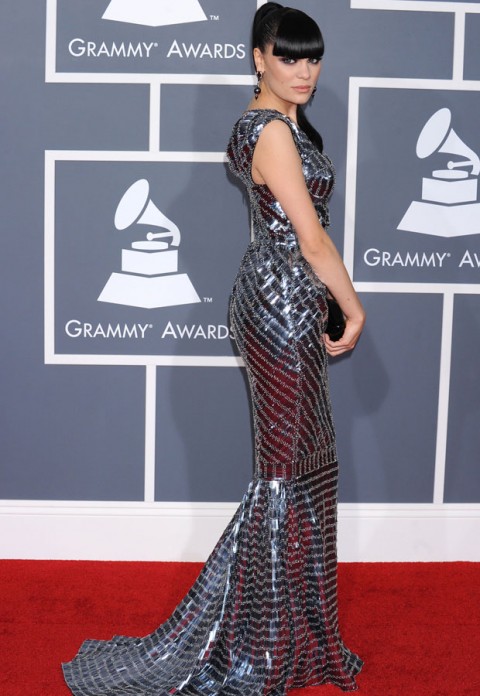 My first fashion miss was from Katy Perry.Her blue Elie Saab dress was beautiful, if  this was a wedding, and Katy was one of the bridesmaids. But this is the Grammy’s, and Katy just looked to staid and safe. The blue hair was another mistake, almost looking like a blue rinse, or a Bubble Guppy. 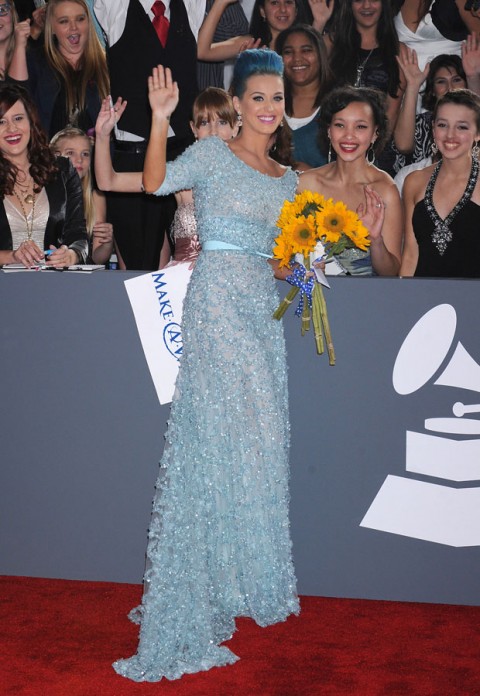 Kelly Rowland was a vision in a blush coloured dress from Alberta Ferretti. I adored the embellished detail on the bodice, and the streamlined shape. Kelly also scored high marks for her hair, which she kept naturally styled, and frankly made you wonder why she ever wears extensions, when her real hair looks that good. 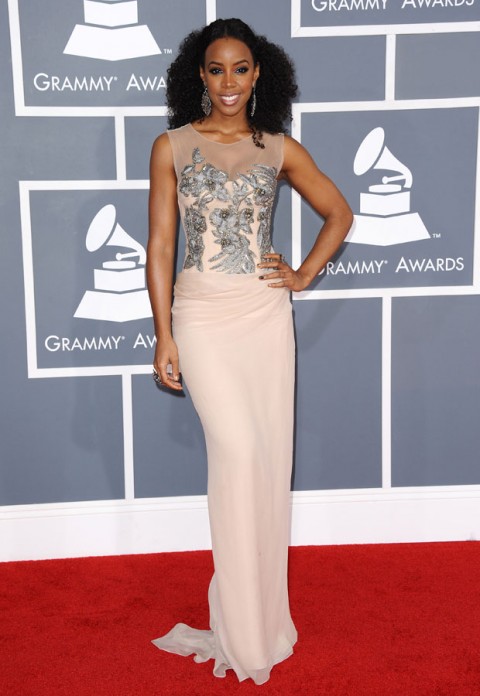 After a fashion fail at the Golden Globes, Kelly Osbourne has really hit a run of fashion form. I love this dress by Tony Ward, which has a blingy 70s feel that is just perfect for the Grammy’s. It even looked good against that silver/lilac hair. 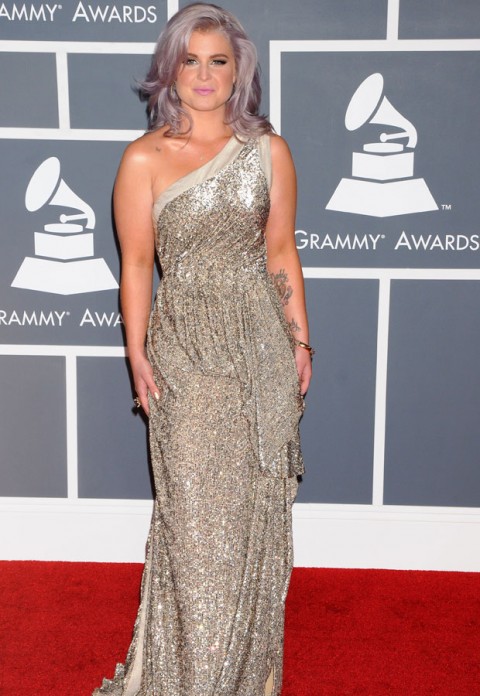 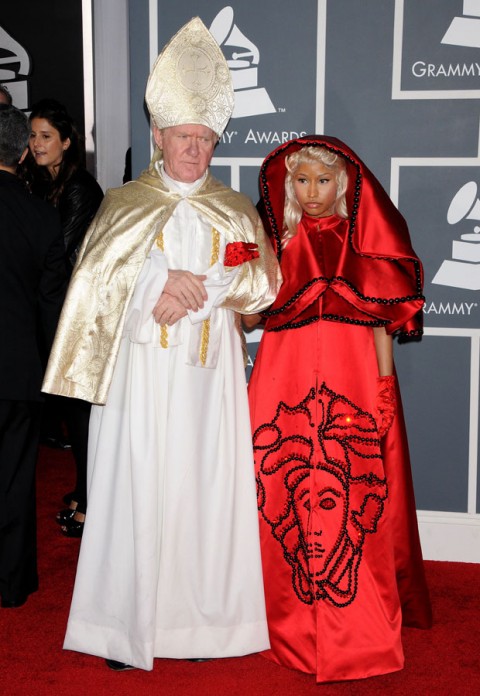 I’m a real fan of Taylor Swift’s style, and this gold, brocade dress from Zuhair Murad was simply breathtaking. I also adored her simple topknot hairdo. Taylor shows time and time again that you don’t need to flash the flesh to look amazing on the red carpet. 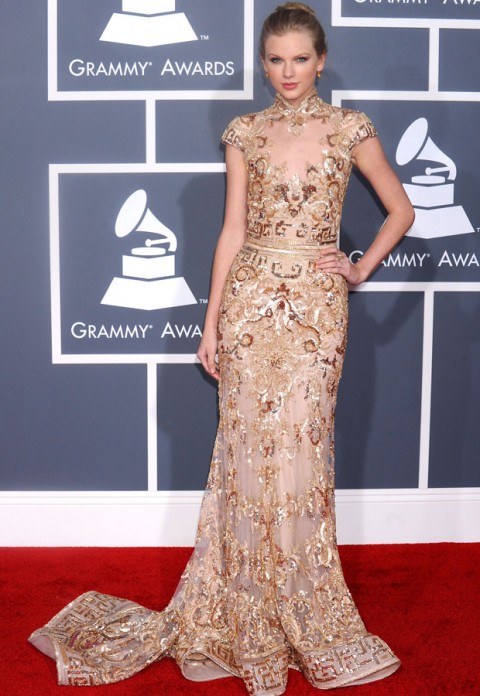 Corinne Bailey Rae was the first person on the red carpet who made me go wow. Her beautifully ruffled gown from Christain Siriano was wonderfully sculptured and looked great against her corkscrew curls. A fabulous red carpet gown. 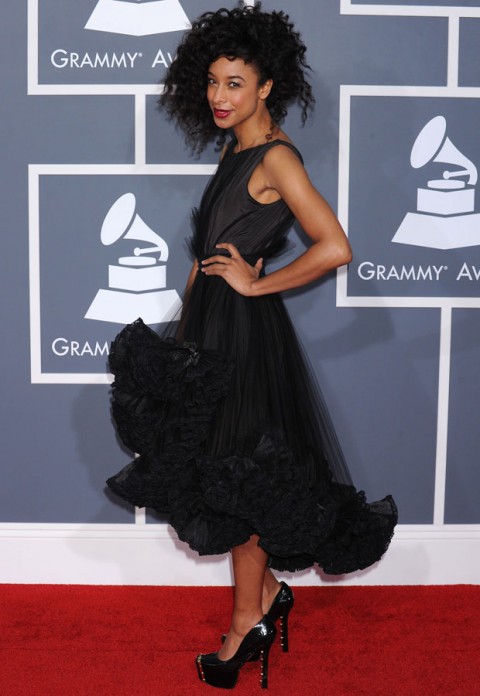 What do you think? What was your favourite look on the night?