As a child of the 1980s, Saturday meant just one thing, getting my latest copy of Jackie. The magazine that taught a generation everything it needed to know about fashion, beauty and, most importantly love, was literally my Bible as I made the trip towards adolescence. Sadly Jackie is no longer with us, it belonged to a more innocent time, with the last issue leaving the press in 1993. But now its spirit, and sometimes hilarious advice is back with us in the form of a brilliantly realised musical, complete with a musical soundtrack that captures the fun of the days of pinups and Cathy and Clare perfectly. I went along to opening night at the New Alexandra Theatre last night, and have to say that I totally loved it! 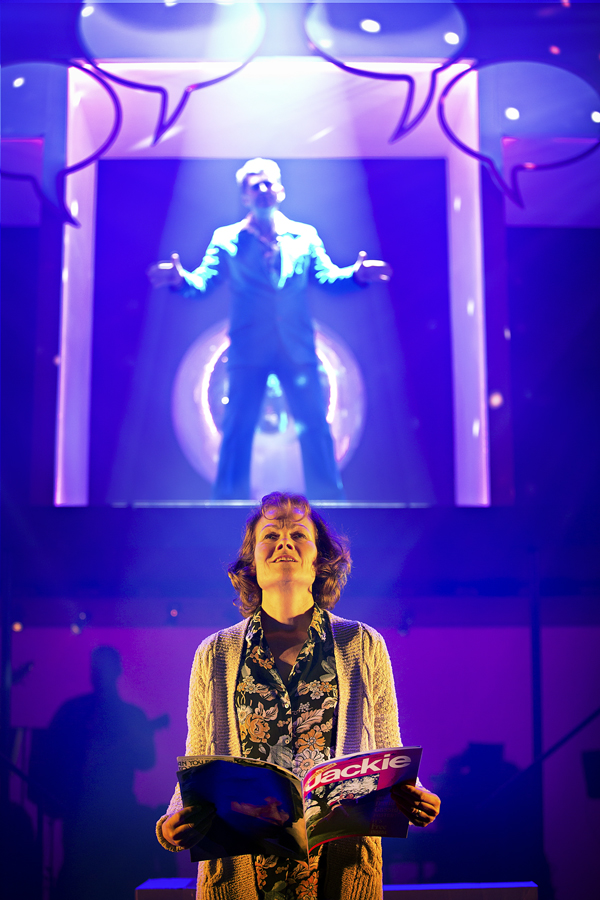 Jackie, a fifty-something, soon to be divorcee, is packing up her belongings and moving house.  During the move, she discovers her collection of Jackie magazines from the 1970s, and soon finds herself being haunted by her younger self,  still filled with hope and optimism for her future. With her ex husband John now engaged to a 30 something, Jackie, with the help of her sassy friend Jill, her own younger self, and her Jackie magazines decides that she will find new love. But the course of love doesn’t necessarily run according to the plan of agony aunts Cathy and Clare, and Jackie is led on a trip of discovery that suggests that maybe you need to love yourself before you will be happy in love. A trip that is sound tracked with the best of TRex, David Essex, Mud, Barbara Streisand and Donny Osmond. 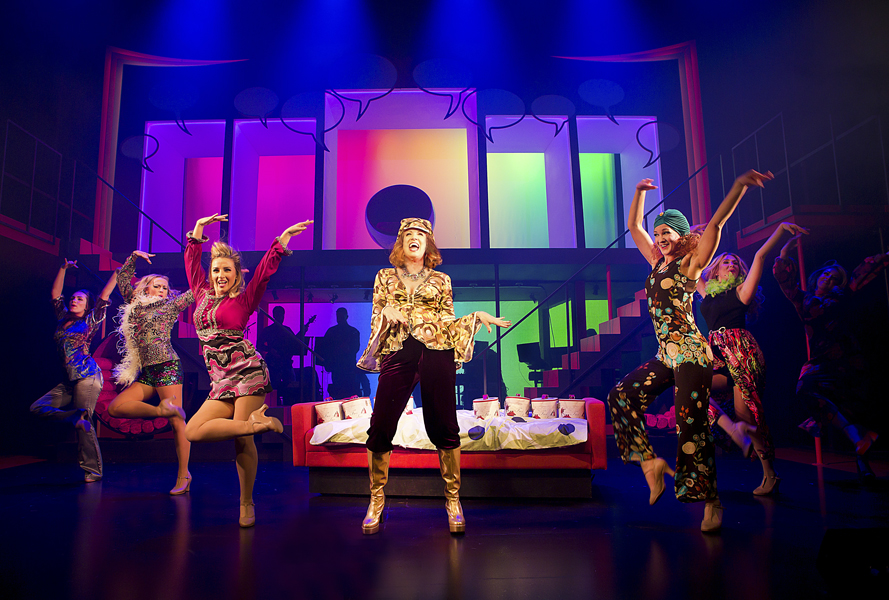 Janet Dibley is just brilliant as Jackie, you literally never stop routing for her character, with lines that are delivered with real humour and make her so real. She is supported by Nicholas Bailey and Graham Bickley as Max and John,  the two men in her life, both bringing personality to the roles that means that even though the characters infuriate you, you can’t help but like them too. I was also really impressed with Michael Hamway as Jackie’s teen son and wannabe rock star David, and Daisy Steere, who plays the young Jackie. Both play their role with bags of charm and an exuberance that is just infectious. 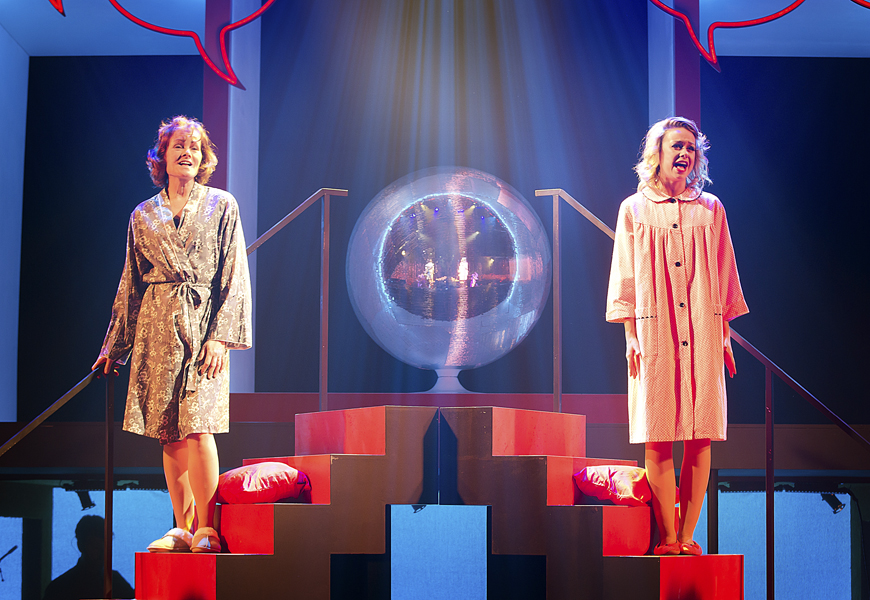 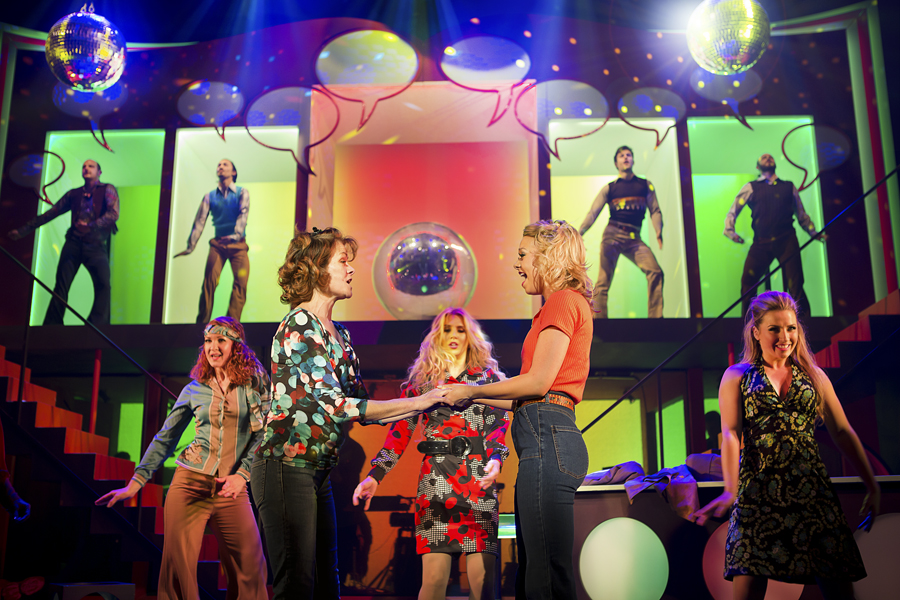 The songs are another star of the show, with ‘Enough is Enough’ and a truly surreal and hilarious Puppy Love performed by Bob Harms (the side splitting Frankie – a total scene stealer) being amongst the standouts. Add these 70s standards to the fabulous costumes from the decade that style apparently forget (although I beg to differ on this point) and you have a show that is a total crowd pleaser, delighting an audience who are just waiting to jump to their feet at the finale.

Jackie the Musical is a total delight, one which I would happily watch again tonight. Grab your flares and tank top and go lose yourself in the decade of disco, kipper ties and Party six.

Jackie the Musical runs until Saturday 28th May. Click here for ticket information and show times.