2016 marks the 400th year anniversary of the death of William Shakespeare. And whether you believe that the man from Stratford Upon Avon wrote the plays, or that someone else was responsible, it is true to say that an extraordinary body of work was left, with Macbeth being amongst the greatest plays. Last night a new version opened at the Birmingham Rep, one that brought the horror, intrigue and violence of ‘The Scottish Play’ kicking and screaming into the 21st century. 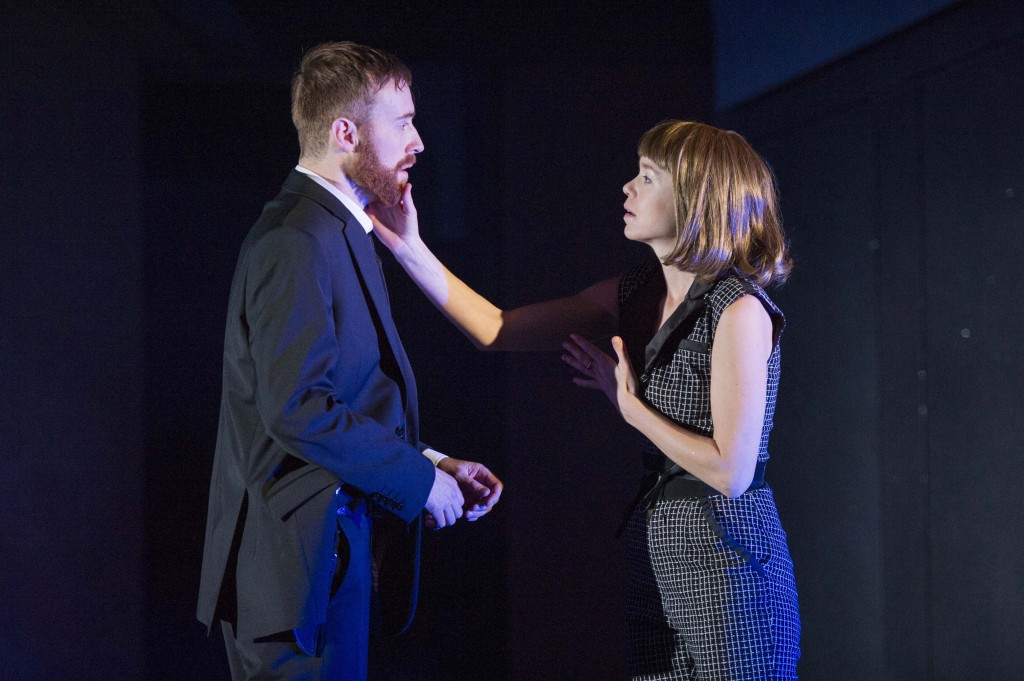 The ancient castles of Scotland have been replaced with a claustrophobic set that resembles a wartime bunker for much of the time, and Guantanamo Bay at others. War is all around, it is a time of uncertainty, with Duncan ruling through a rod of violence and tyrany, beheading enemies and using torture as a means to an end. Macbeth starts as a war hero gaining honour and titles through his loyalty, but the appearance of three witches (described at Strange Sister’s) with a prophecy of greatness for Macbeth makes him question that loyalty. Influenced by his slinky, ambitious wife, Macbeth is set on a path filled with murder, treachery and destruction that can only have one outcome. 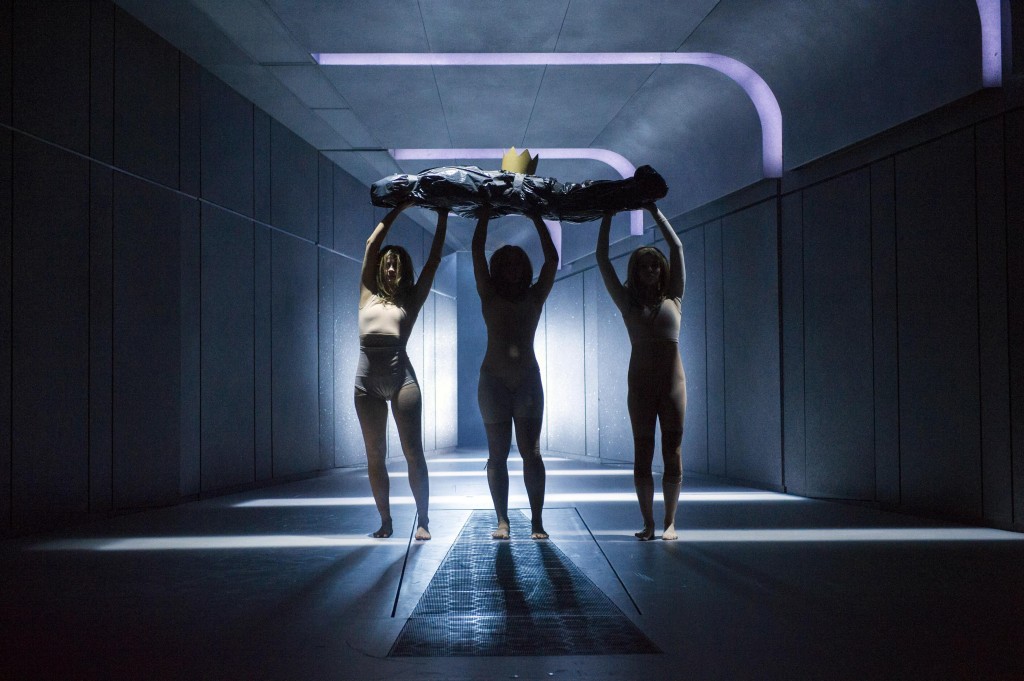 Macbeth is brilliantly played by John Heffernan. His Macbeth has been described as not as macho as other portrayals, but his descent into a form of madness and paranoia that sees him destroy any perceived threat is haunting and powerful. He is matched by the brilliance of Anna Maxwell Martin as Lady Macbeth. She is the perfect combination of charm and ruthlessness, but again, it is her descent into madness that no longer allows her to sleep at night that long stays in the memory.  Nicholas Burns also excels in the double role of Duncan and Macduff. His Duncan is a Gaddafi like dictator, complete with oversized cigar and suit, he barks orders to ‘henchmen’ whilst throwing out jewels and titles. It is a testament to his acting skills that Macduff is a completely different character, the pathos he brings when learning of the death of his wife and child (his pretties) is heartbreaking. 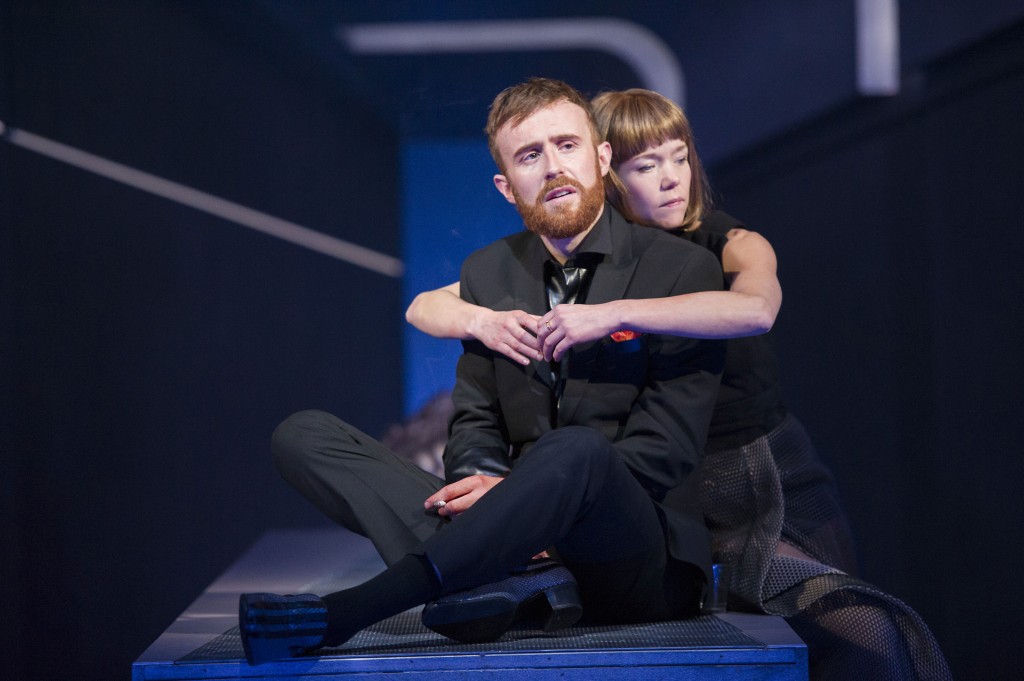 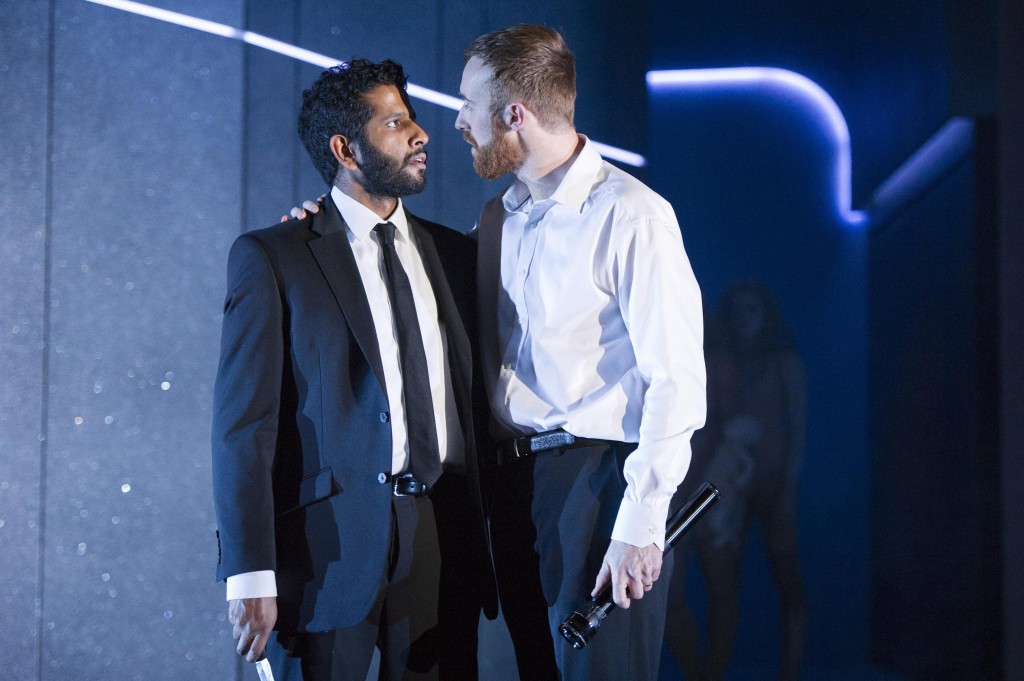 Elements of music and dance are tied into this updated version of Macbeth,  and are particularly powerful when they are applied to the witches, their twitchy, jerky movements add an other-wordly feel to their appearance, but also make a 400 year old play feel very ‘now’ and current. And the set, with strange lights that make you feel that, at times, all the action is occuring in the depths of hell – or at least, underground, is just astounding. The jarring effect of walls that move, doors that resemble lockers, and door ways that are not quite big enough, making men appear as giants in the background, all goes to make Macbeth an unnerving, hypnotic theatre experience.