Well the strangest awards season of all time concluded last night with its biggest night on the calendar. I am talking of course, of the Oscars, which took place in much reduced circumstances, but still managed to bring some much needed Hollywood glamour to the watching world.

The Oscars have always been the big one, the one to break out the most beautiful looks, the biggest night for those nominated, and last night was no exception. The red carpet may have been smaller and quieter, but there were still some memorable looks on display, with Carey Mulligan, Amanda Seyfried and Regina King leading the way.

Carey Mulligan’s look was the showstopper on the red carpet, wearing a stunning gold gown from Valentino Couture. She accessorised simply, with an upswept hairdo and a handsome husband, Marcus Mumford from Mumford and Sons. 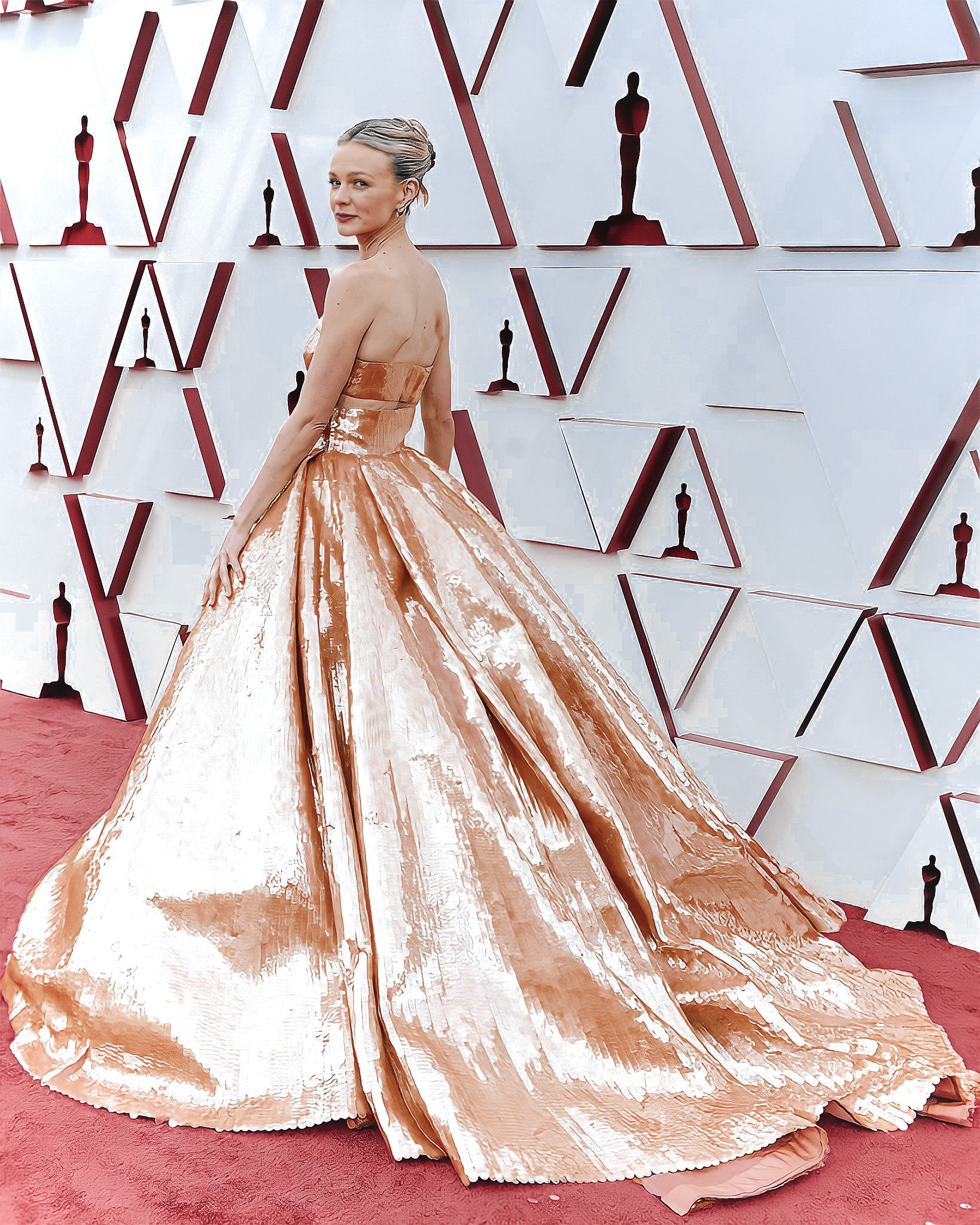 Amanda Seyfried was nominated for her role as Marion Davis in Mank, and although she didn’t win, she absolutely shone on the red carpet wearing a stunning red dress from Armani.

Amanda wasn’t the only lady wearing red. The ageless Angela Bassett looked beautiful in an Alberta Ferretti gown with showstopping sleeves, whilst Reese Witherspoon also wore a red dress that I thought was let down by the choice of belt.

As well as the star turn on the red carpet by Carey Mulligan, the other key ladies of Promising Young Woman didn’t disappoint. The brilliant director Emerald Fennell wore a floaty, 1970’s style dress from Gucci, which was a little Abigail’s Party, but oh so pretty and showed off her baby bump beautifully, whilst Margot Robbie, who was a producer on the film, looked sleek in Chanel Haute Couture. 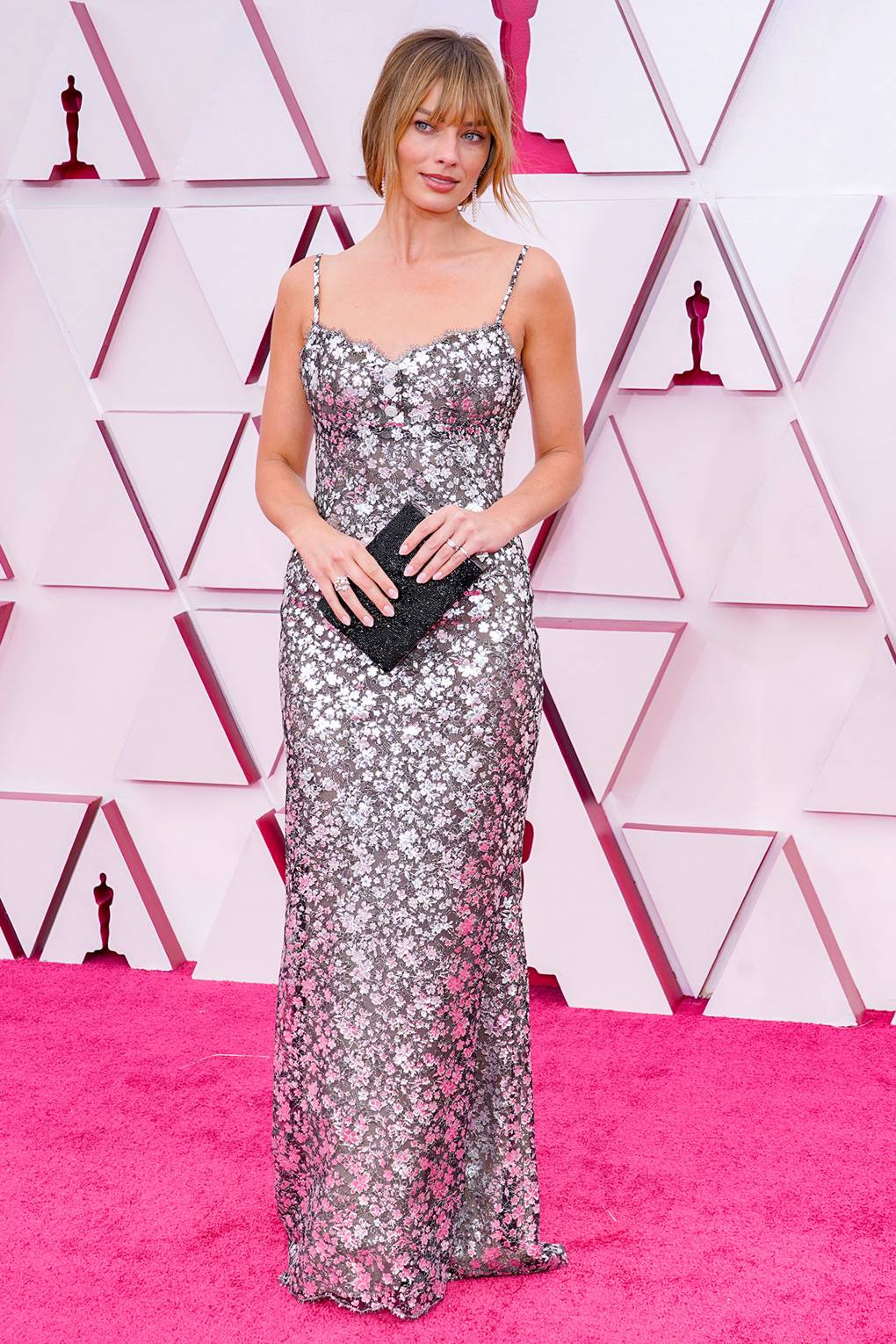 Three maverick looks that I adored came from Regina King, Maria Bakalova and H.E.R. Regina’s dress was stunning, the sleeves, the colour and the beading on the Louis Vuitton gown were all incredible, and it fit her like a glove. Maria Bakalova from the Borat movie has had a stellar red carpet season, and this fairy tale tulle white dress, again from Louis Vuitton, was its pinacle. Singer H.E.R opted for a Dundas gown/cape, complete with a hood in the most stunning shade of blue, and looked incredible. 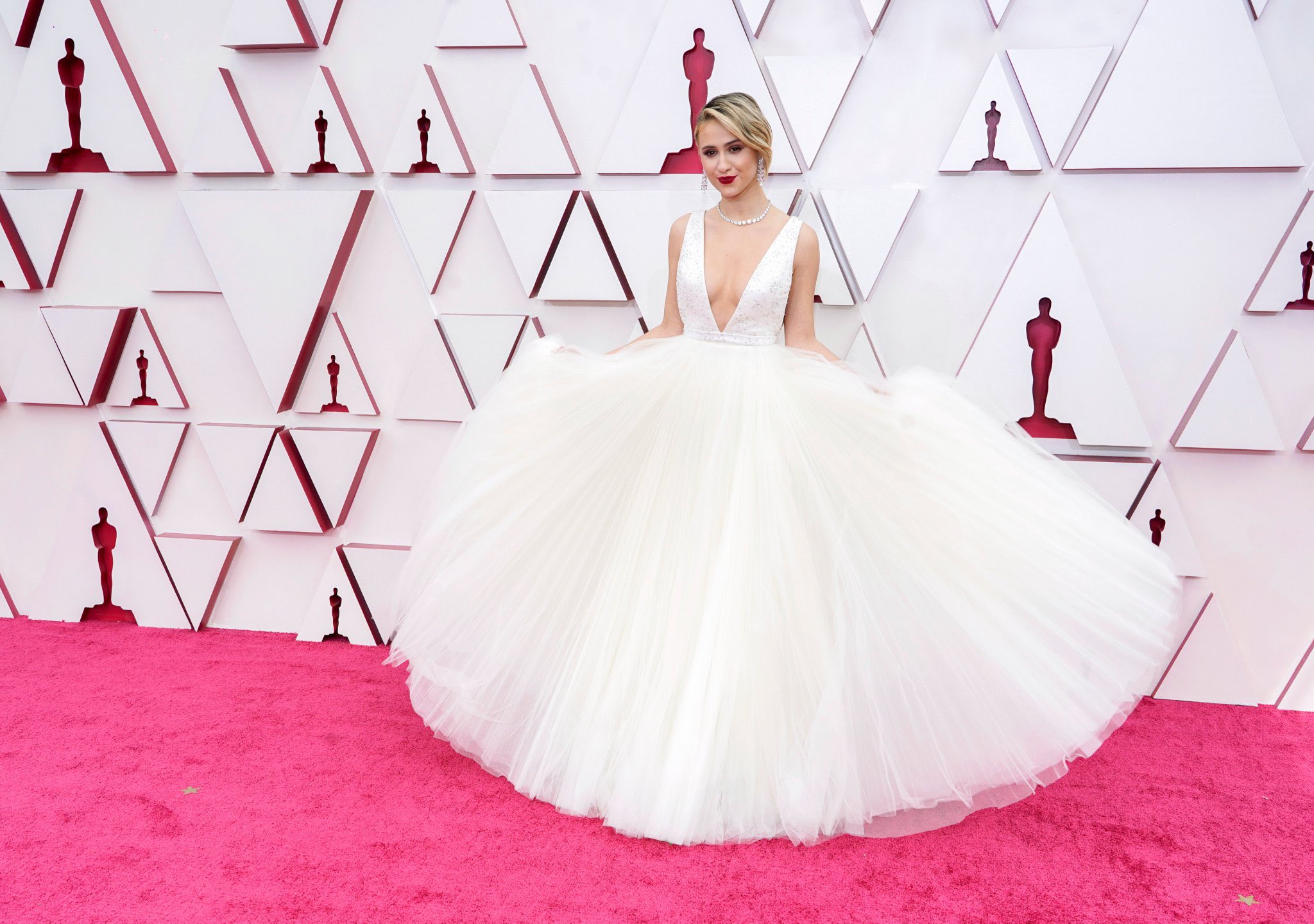 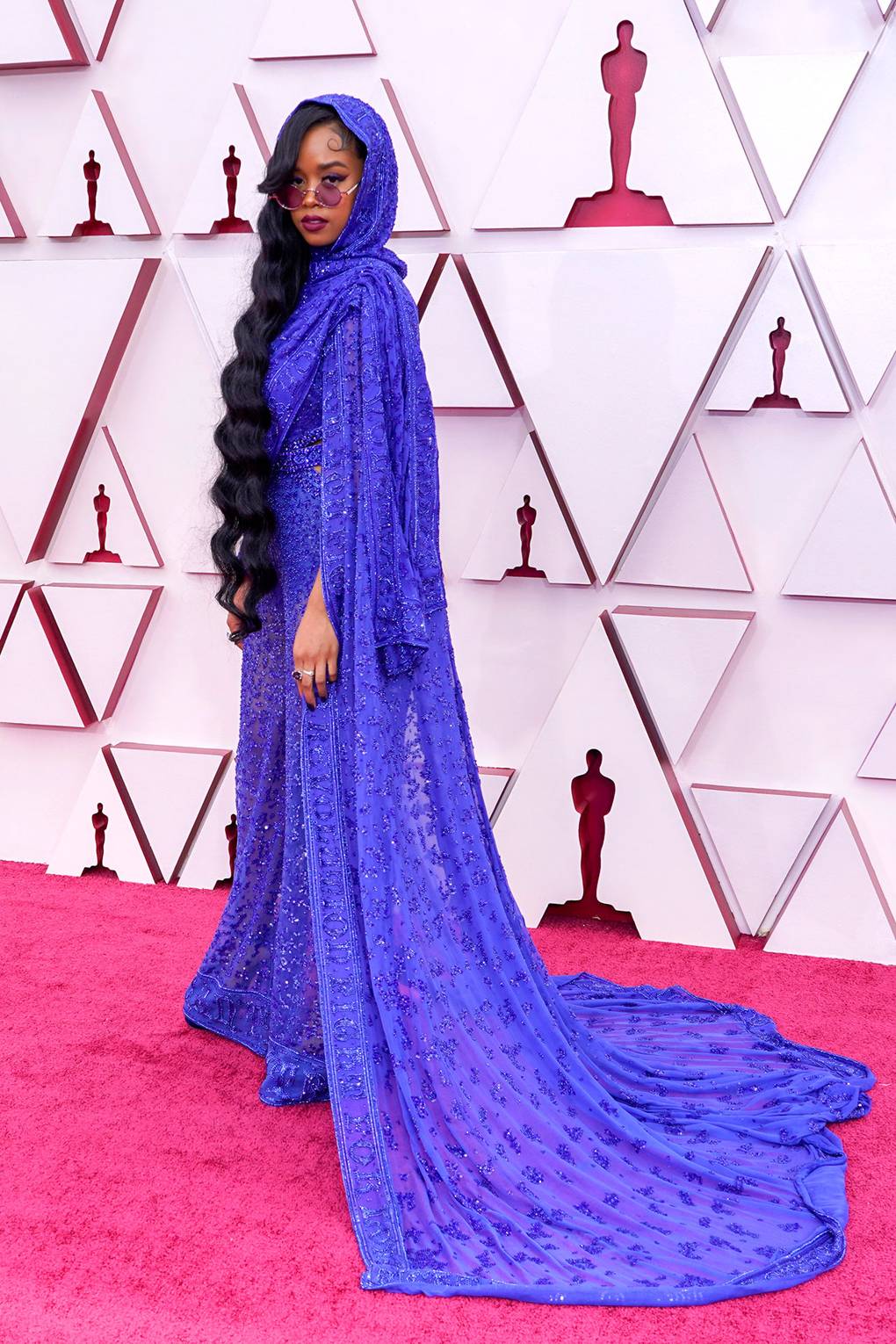 There is no doubt that both Andra Day and Zendaya looked incredible on the red carpet, but, if I’m honest, both of their looks came across a bit Princess Jasmine for me, and were not my favourites by a long way. That said, along with Carey Mulligan’s gown, they showed that a taut stomach is a new red carpet zone and that flashing the flesh will never truly go out of fashion. 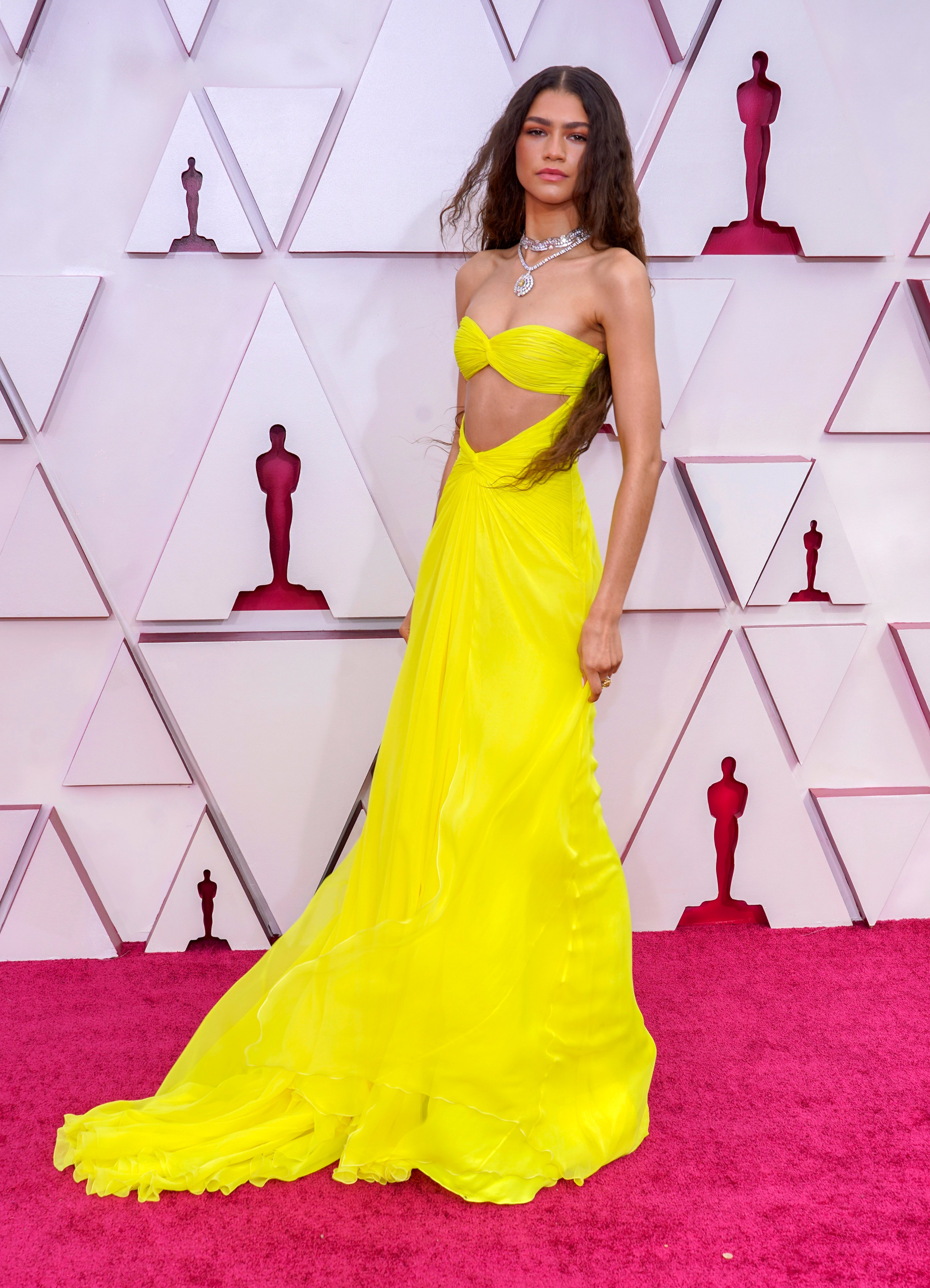 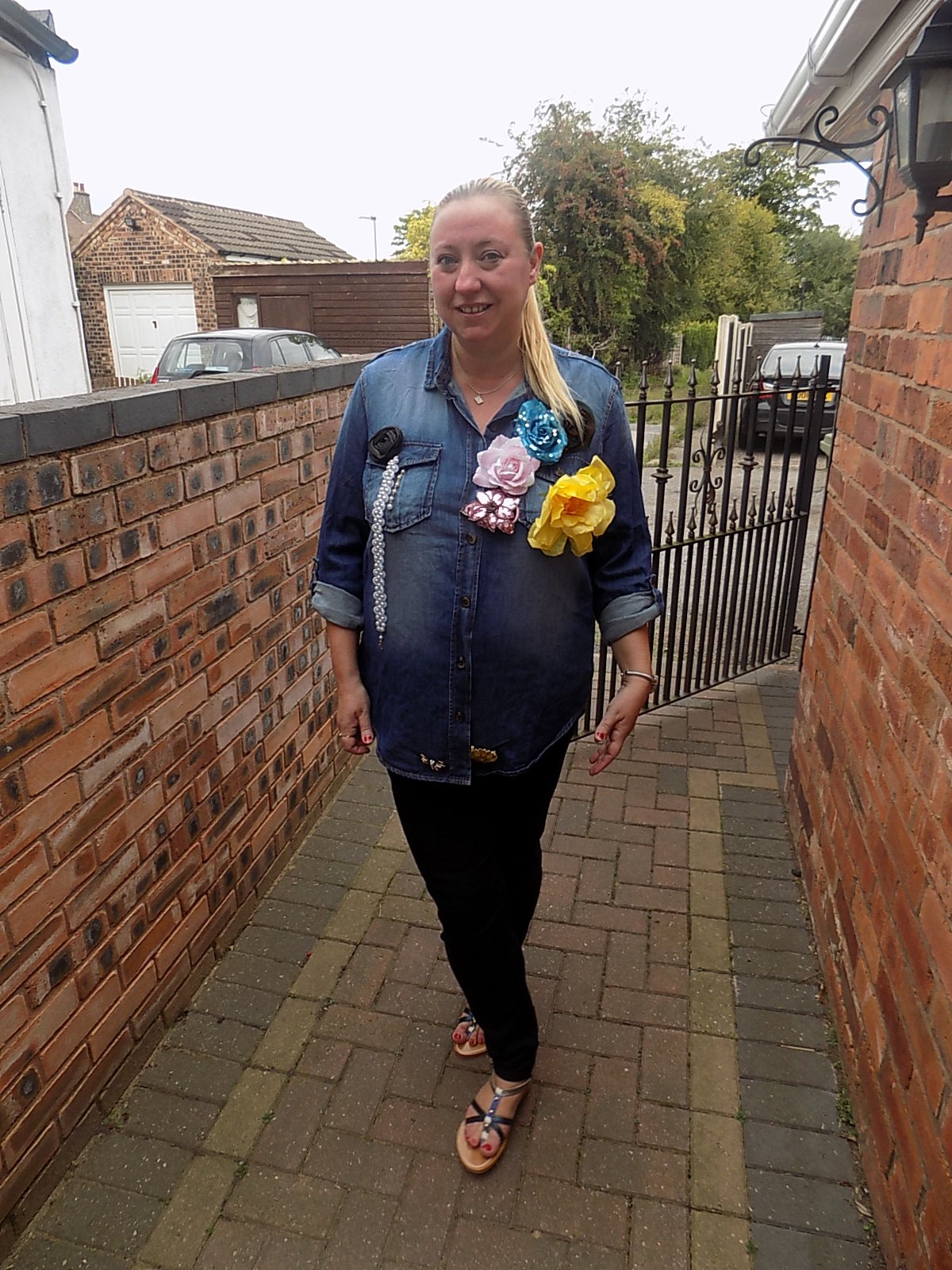 Look how you’ve changed – Pop Stars and their image.

Pearl Lowe continues to bring that Vintage feel to Peacocks.