Power Rangers were a toy phenomenon of the 1990s, coming hot on the heels of the popular TV programme that enthralled a whole generation of youngsters. It was popular, bright and colourful, and sometimes controversial, but nobody would’ve believed that it would still be a massive ‘toy and TV’ story more than twenty years later.

But this is most certainly the case. I have a five-year old son who has been obsessed with Power Rangers Megaforce since he met a similarly obsessed boy on his first day in nursery. It is one of their fave playground games, they chose their characters and scenarios, and use their imaginations to create their own games. So when I was offered the opportunity to review some of the newest Power Rangers toys from Bandai Toys, I knew that I had the perfect reviewer sitting at home. 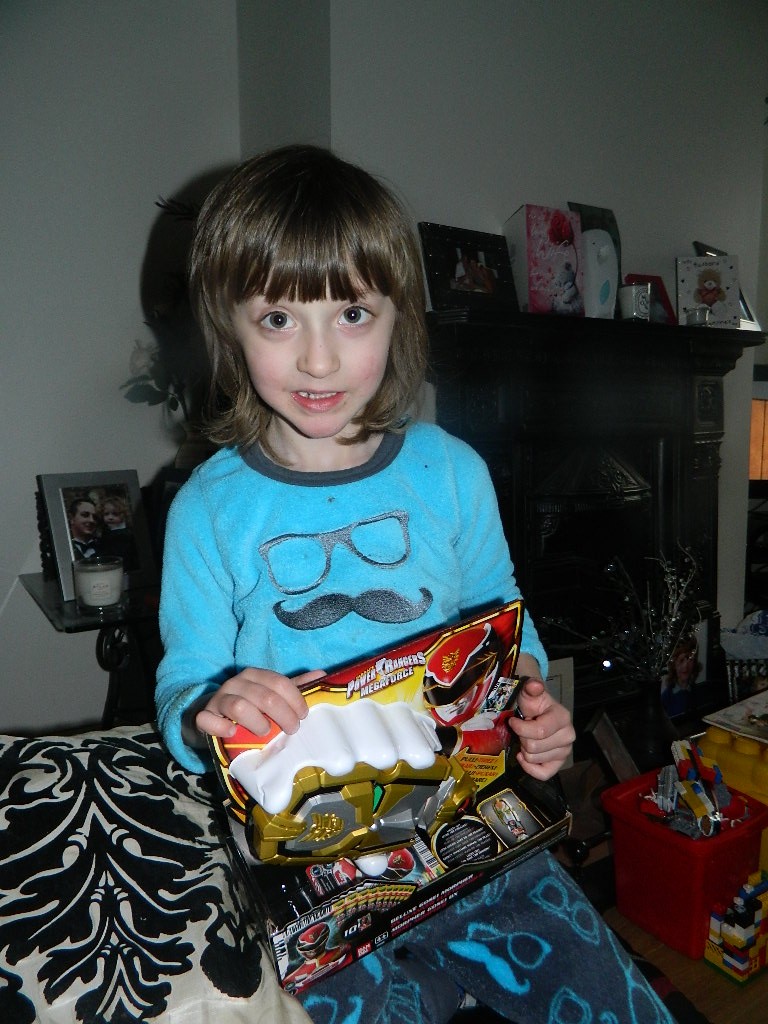 Joe with the Morpher… 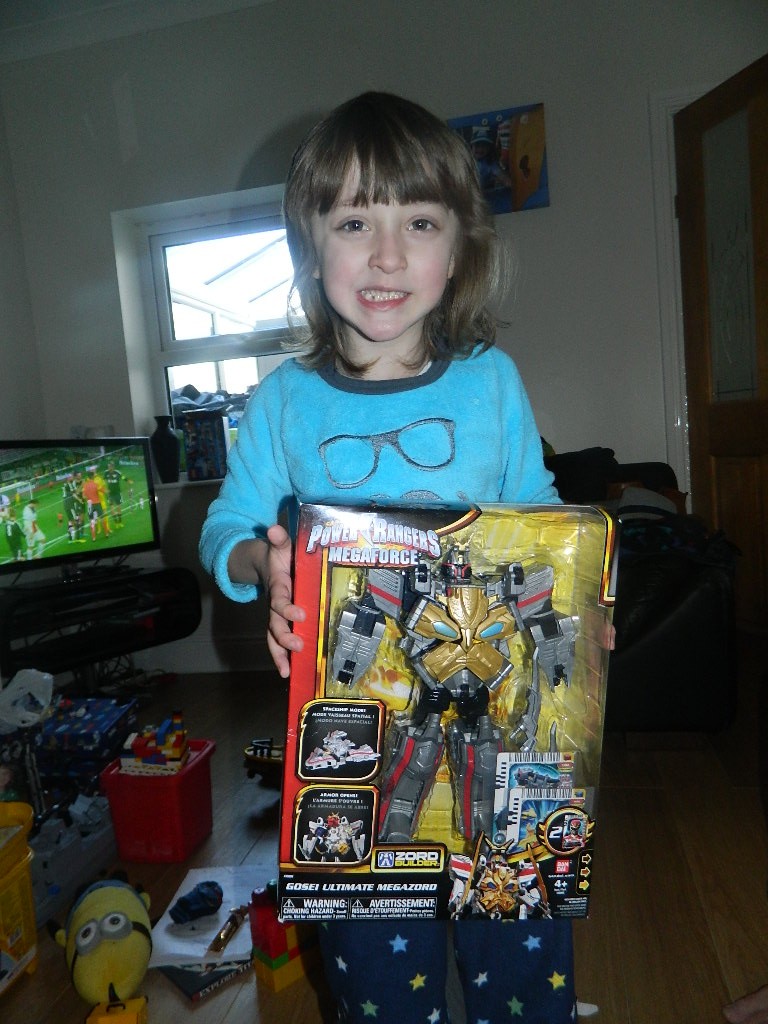 …and with the Megazord.

We were sent the Deluxe Morpher and Gosei Ultimate Megazord for review. These are some of the latest Megaforce toys designed to tie in with the current series of Power Rangers showing on Channel 5.

The Deluxe Morpher is almost the super-toy of Power Rangers range. The Morpher is a code breaker for the Power Rangers, it can be used to unlock the codes, call their Zords into battle (no, me neither, but this made perfect sense for Joe) and allow the rangers to arm themselves for battle. This is a really simple toy to use, the Morpher pulls open, allowing you to place one of the Morpher code cards inside the Morpher, which then works like a mini scanner. The Morpher then emits different messages and sounds depending on the card used. Each card has 10 different messages, and the Morpher comes with ten cards, leading to hours of fun. What is brilliant is that this was easy enough for Joe to do by himself, and he also loved the fact that it could be clipped onto his trousers. The tough plastic used on this toy means that it can be dropped and will not shatter into little pieces, always a bonus when you have clumsy little ones around. 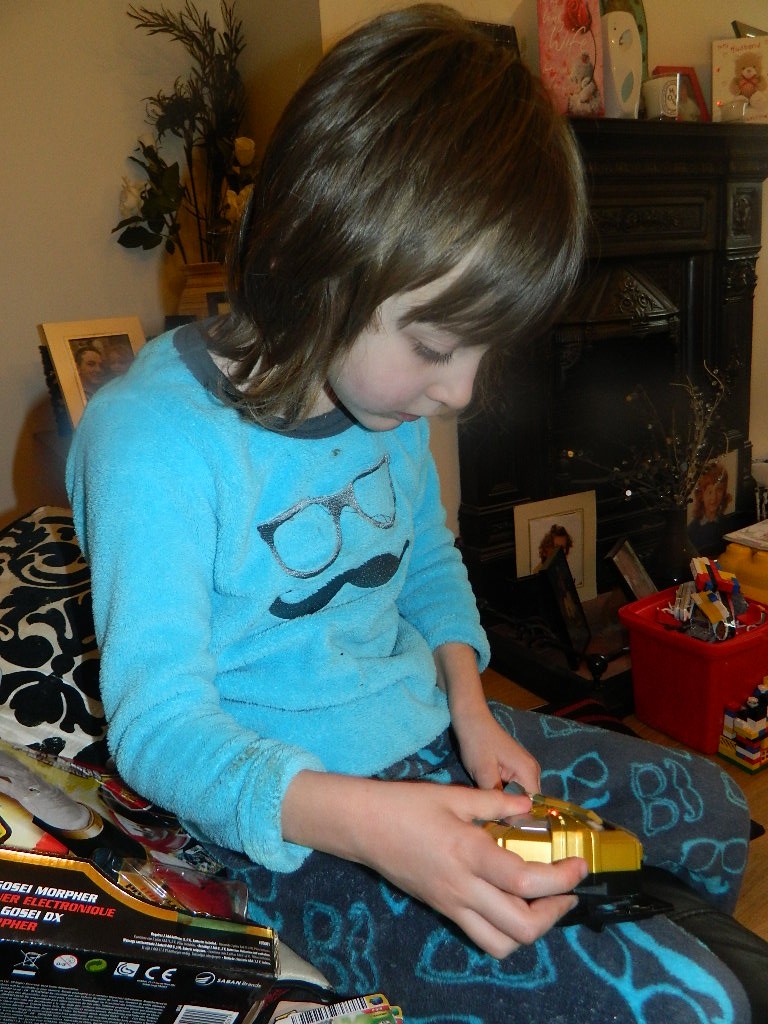 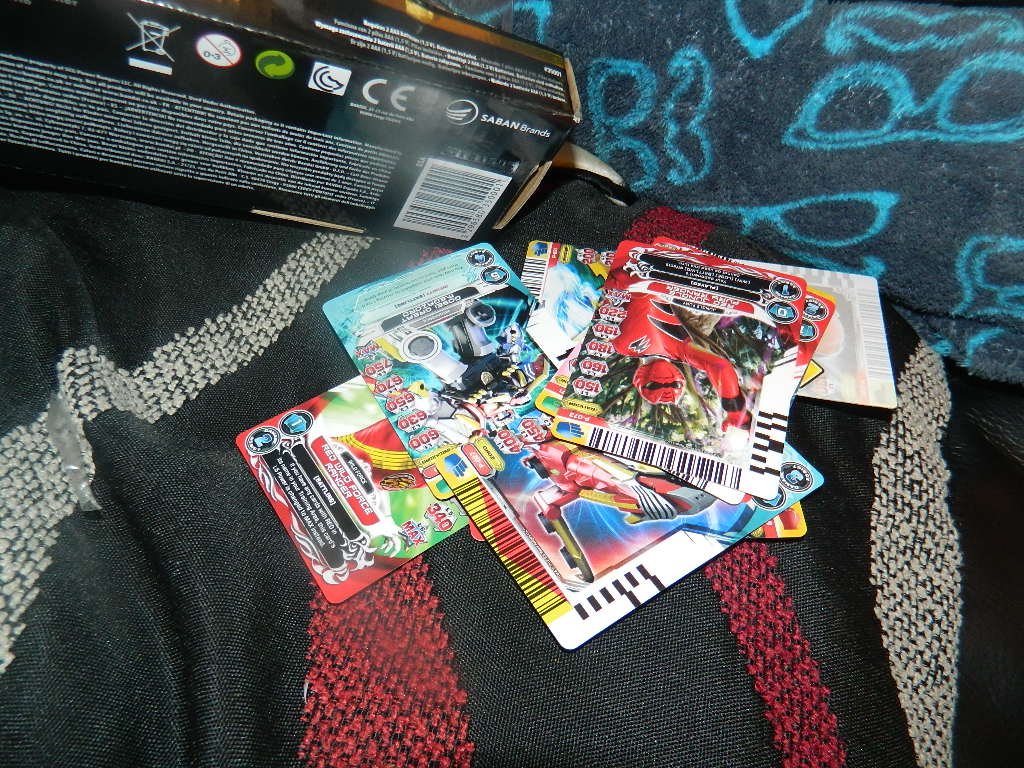 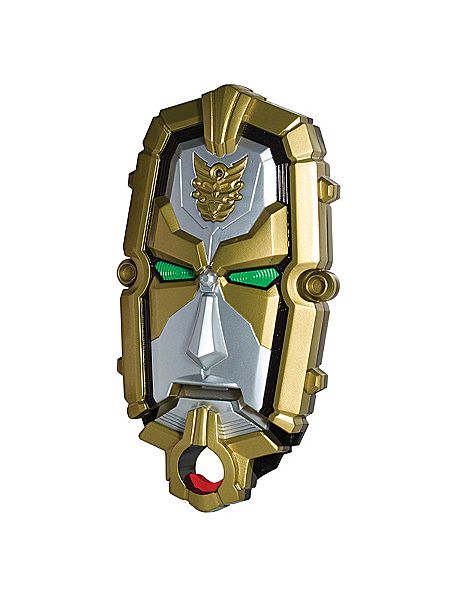 The second toy we were sent was the Gosei Ultimate Megazord. This is a fantastic transformer style toy based on the Megazord seen in the Megaforce programme. The stomach compartment (aka Chest armour) is home to many different Zords. Joe was so excited that the Megazord can also be transformed into a Spaceship, although this is something that younger children will require some help with.  Again, this is a really well made toy, the pieces are very flexible in their movement, but not so much as a touch is liable to break them – my experience with other ‘transformer’ type toys and heavy-handed five-year olds. The Megazord came with another  two Morpher cards which allows for these toys to be combined for fun games. In addition, you can combine the Megazord and the Morpher to make the command centre. This is something we haven’t tried yet, but are planning to do on our next rainy weekend. 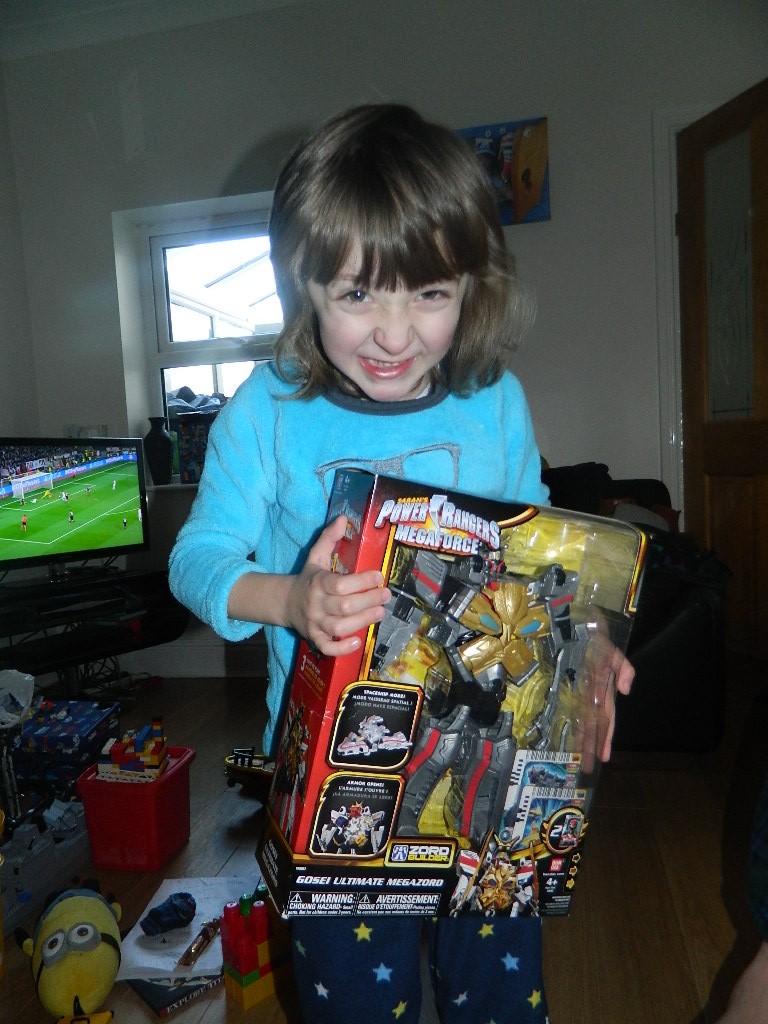 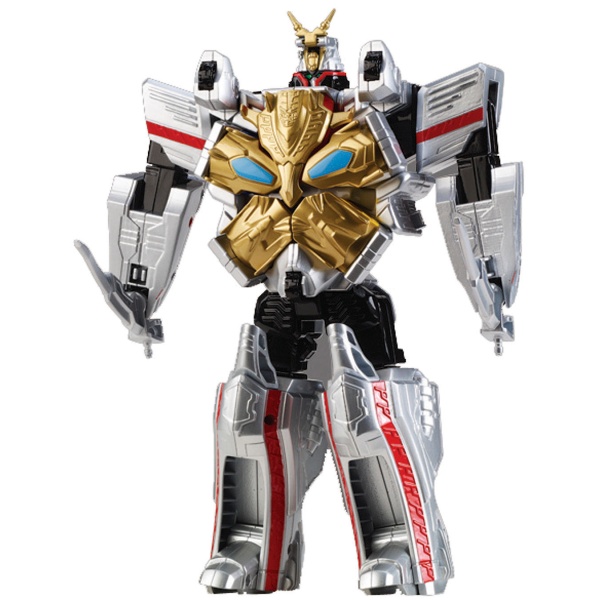 The Power Rangers Megaforce range are well made toys that will provide hours of fun for your little ones. They come highly recommended by the happy little boy who lives in my house!