Bonnie Langford is a true legend. A star since the age of six, when she won the talent show Opportunity Knocks, Bonnie went on to star in numerous television shows and theatre. Most recently she has been starring in the West End in Spamalot, and also wowing once again with her skating skills in the final series of Dancing on Ice. Ahead of the Dancing on Ice Live Shows I chatted to Bonnie about all things skating! 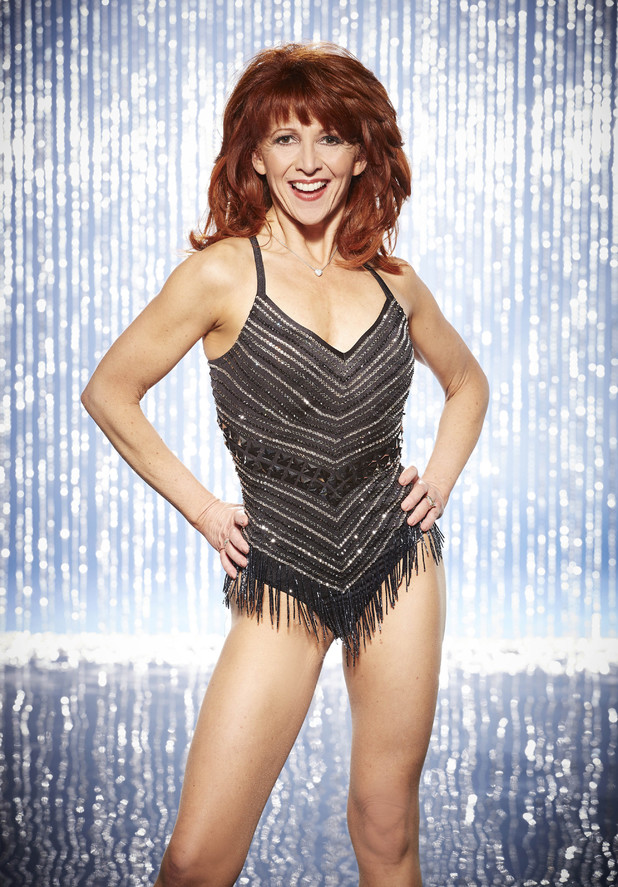 FM: You returned to Dancing on Ice after an eight year break, how did it feel second time around?

Bonnie: It was strange and surreal second time around, amazing to feel so much time had gone by, but great to be with the team again, both Chris (Dean), Jayne (Torvill) and all the producers. This time around it was definitely more competitive, there was a different agenda and of course a higher standard, which made it all a little bit cut throat. I did the very first show and that time we didn’t know what to expect – we were happy if we could stand up! Now there’s a much higher level of competition.

FM: Had you done much skating in the interim period?

BL: No, not at all. I did the two live shows and then I had put my skates away. When I was asked to do this I actually laughed. I was in one mind about it – No. I went along to the rink and stood at the side for about 10 minutes wondering whether I could still stand on the ice, I couldn’t decide whether to go onto the ice and find out. I really did need a lot of convincing to do the show.

FM: You partnered Matt Evers in the first series, and then Andrei Lipaniv this time around – how did they differ as partners?

BL: Well my partner for series two should’ve been Mark Hanratty. We trained for 6 weeks, and then during the show and tell, I was on Mark’s shoulders when, mid routine, it dislocated. So, one week before Christmas, Andrei stepped in. They were very different, Mark is a dance skater, whereas Andrei is a paired skater – this involves more lifting. It was difficult as we never had the chance to build up moves, we had to move straight into routines. 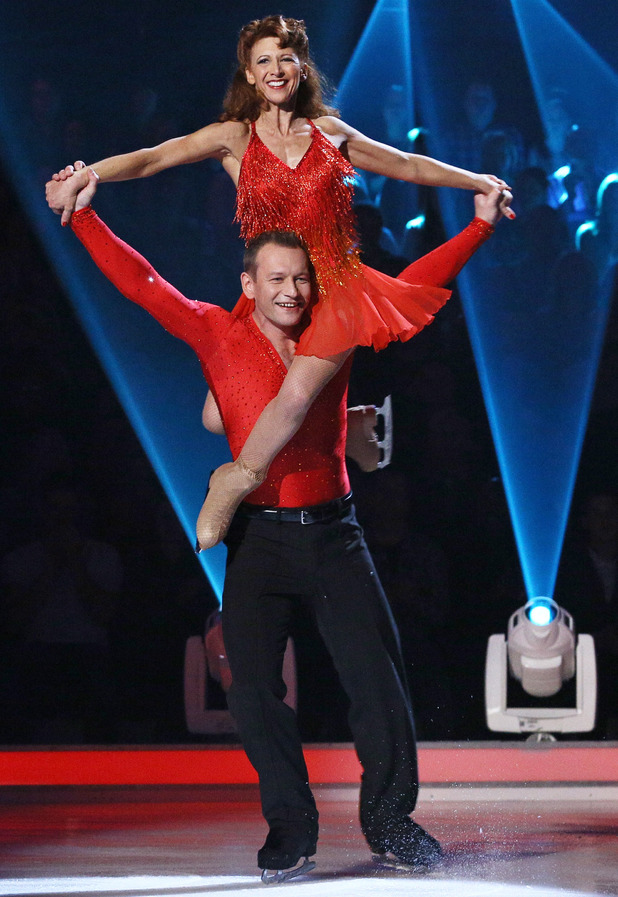 FM: You left the show after what Robin Cousins described as the ‘performance of the night’, were you surprised to leave at that point after all the praise?

BL: No, not at all – I just liked to do a good show. I really enjoyed that night – it was great to go out on a high. I thought I’d go much earlier. I loved the routines from the last night so much (Devil Gate Drive and Big Spender – I’m going to be doing them on the live tour.

FM: You have been on two live Dancing on Ice tours before – what persuaded you to do a third?

BL: It is very hard work, but I love the live audience. You’ve done all the hard graft in the studio so it is lovely to take it out on tour. It is a real privilege to be asked, they could’ve asked so many other skaters. And I love performing the dances again.

FM: How does the live tour differ from the television show?

BL: Having a live audience is great. This is a proper show, made for live theatre. The audience is in the room, there is no stopping for commercial breaks. It is daunting too because you can actually see the audience. But it is fun, quite an event.

FM: You wore some pretty amazing costumes in the show – did you have a favourite?

BL: I liked the red cat suit I wore for Devil Gate Drive. I also loved the white leotard I wore for ‘Baby it’s cold outside’. Costume Designer Stephen Adnitt is just a fabulous designer who I’ve known since I was 15. 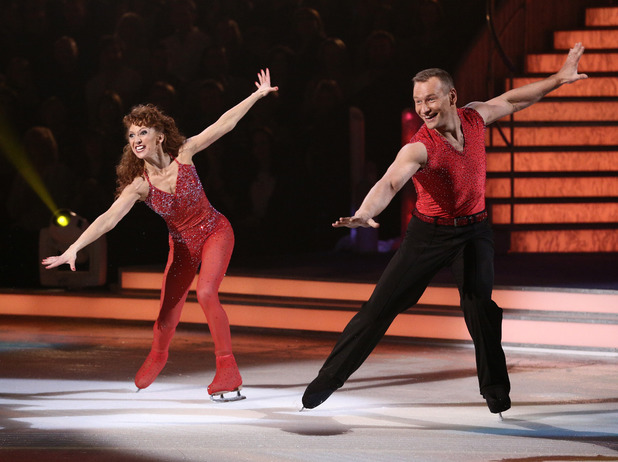 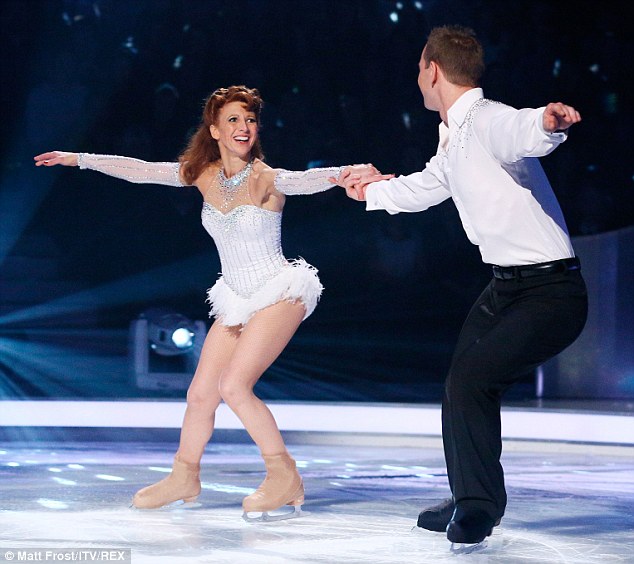 FM: Did you have a favourite performance from your two series appearances?

BL: I haven’t really thought about that – maybe one where I was safest! I did enjoy Devil Gate Drive, Baby it’s Cold Outside and Big Spender.

FM: Lots of comments have been made about how amazing you look for 49. What is your secret?

BL: I don’t feel 49. I think it’s hilarious that I am 49 – sometimes when people say it I say ‘am I’. But I keep busy. I do some exercise and stretches, but mainly I just keep active in mind and body.

FM: You’ve had such a long and varied career, with so many highlights – from The Hot Shoe Show to Doctor Who- what are you most proud of?

BL: Gosh, what a good question. I’m most proud of my daughter. I’m really enjoying being in Spamalot – it’s such fun and such a happy show. (Bonnie is currently starring as The Lady of the Lake).  I guess I’m just proud of keeping going. 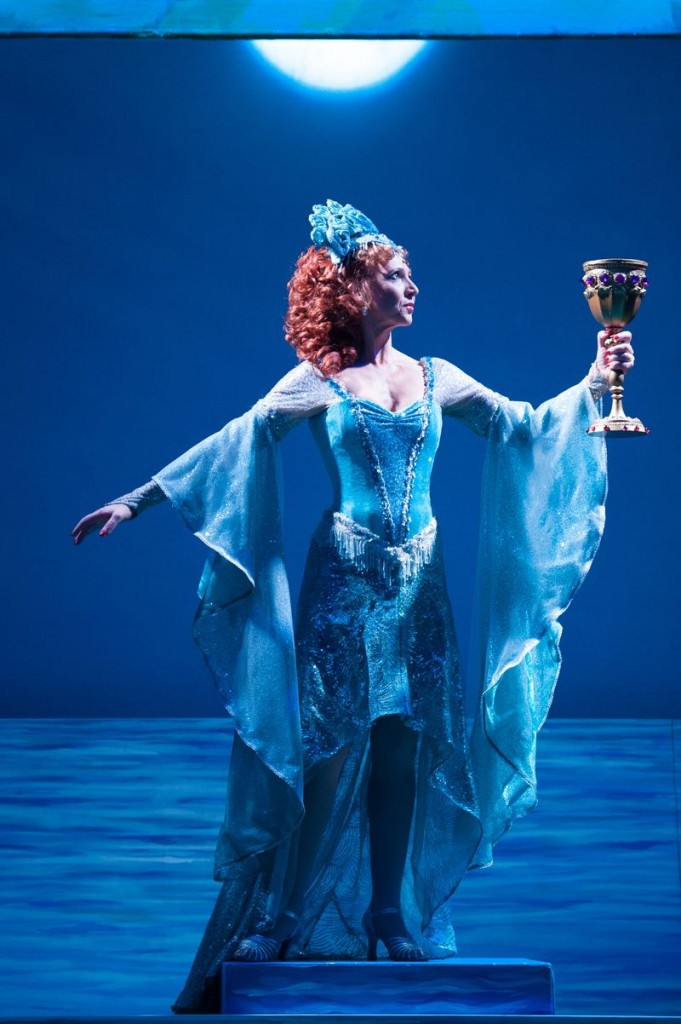 FM: After the live tour of Dancing on Ice, what else can we expect from Bonnie Langford?

BL: I do have some projects on the go, but after Dancing on Ice it will be time to spend some time with my daughter. I live in America so I will be going back there too.

Bonnie Langford will be taking part in the Dancing on Ice Live Tour. (Get ticket information here)

Bonnie is also starring in Spamalot at the Playhouse Theatre until 22nd March. (Ticket information here).

Its one of the most popular, and exciting programmes on TV, and soon fans of Dancing on Ice will be able to experience the whole, adreline filled ride up close, as Dancing on Ice the Tour, commences a string of national dates.  It starts in Newcastle on April 13th, and then visits numerous towns and cities including Manchester, Glasgow and my very own Birmingham. Ahead of the  NIA shows I had the chance to catch up with one of the stars of the tour, and the current reigning champion, the lovely Sam Attwater. Sam chatted about ice dancing, risque costumes, and a new app called ‘I am Konki… 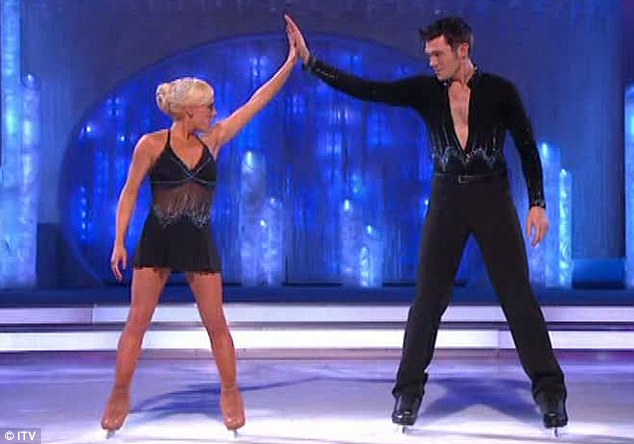 Fashion-Mommy: Hi  Sam, it’s great to meet you. Can you tell me what you’ve been up to since you were crowned Champion of Dancing on Ice?

Sam Attwater: Dancing lessons! No, I did the Dancing on Ice tour last year after winning, then I went into the West End Show ‘Dreamboats and Petticoats’. I finished that in February. I’ve also been working on an app for the I-Phone called I am Konki. This is designed to bring all your phone apps into one place – things like music, voucher codes, tickets for gigs, horoscopes, weather everything. I’m really excited about this. (Check it out www.iamkonki.com)

FM: Coming into Dancing on Ice – How confident were you?

SA: At the first audition I was so nervous I was literally shaking. I’d only skated a handful of times before this. When I was called back to the show I started the training and would stay behind an extra half an hour for more practice. So by the time it got to the live shows I was quite confident.

FM: Is it true you have placed a bet on Jorgie Porter to win this series?

SA: I watched the first week and Jorgie was head and shoulders above the other contestants, so I put £100 bet on Jorgie to win. What I forgot was that the contestants were split into two groups and so in the second week I saw Matthew Wolfendon and thought – oh..may have been a bit hasty. But I still think Jorgie will win, with Matthew or Chico second. I actually think Chico could pip Matthew – British public seem to love the underdog, so with the X Factor, and Chico coming into the competition late, he may get the vote.

FM: What do you think of the new judges?

SA: I think they are brilliant! Louis is so exciting and enthusiastic, but still makes good points and gives advice. He is very entertaining. I like Katarina too. She really knows her stuff. I think it’s a shame there have been some misunderstandings due to the language barrier.

FM: Do you think the show misses Jason Gardner?

SA: No, I don’t. Some people may miss him, but personally no, I don’t think the show does miss him.

FM: You had a juicy storyline in Eastenders, do you think you would ever return to the show?

FM: Do you keep in touch with any of the Eastenders cast?

SA: Yes. I spoke to Chery (Ferguson aka Heather Trott) a few weeks ago, And two weeks ago I was in LA and I saw a picture on Twitter of Devon Anderson, who played Billie Jackson, outside LA Ink. I contacted him and said ‘Don’t tell me you’re in La?’. He was,so we spent a couple of days together. 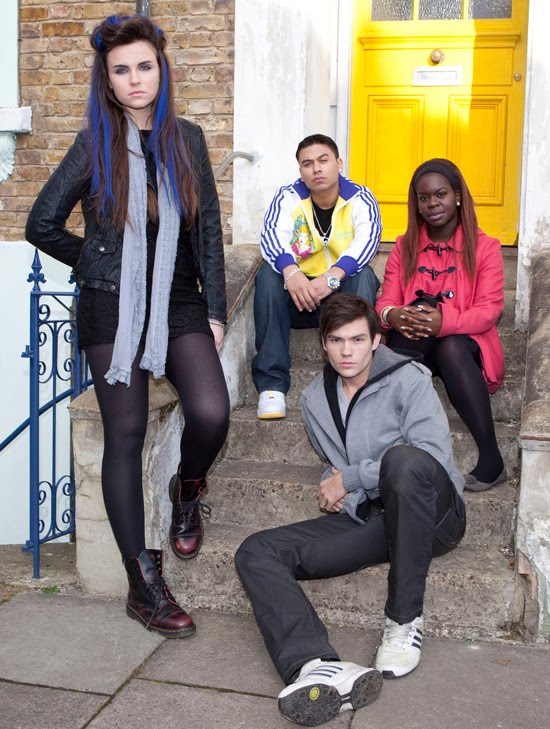 FM: Fashion-Mommy is very interested in style. You wore some pretty revealing costumes in the show,Was there anything you hated wearing or even refused to wear?

SA: I hated wearing the pink costume that has since been used in lots of the publicity shots. I agreed to wear it if I was given the choice of costumes for the rest of the series. It seemed like a good deal, but that photograph now shows up everywhere!

FM: How would you describe your personal style?

SA: I throw it together. Sometimes I look scruffy, but clean scruffy. Sometimes I like to wear a suit jacket. I like to mix it up a bit.  I like All Saints and Amplified.

FM: Who are your style icons – who do you admire?

SA: I admire Johnny Depp. He always looks different, has his own look. I like how he wears glasses. I often wear glasses myself. I don’t actually need them, but I like the way they look.

FM: What’s next for Sam Attwater?

SA: I want to focus on my acting in the next year. I’d  love to do a drama series, or a period drama. I need to be careful in the things that I choose, maybe avoiding reality tv shows. Would quite like to do a play – more West End.  We’ll see what the year brings. 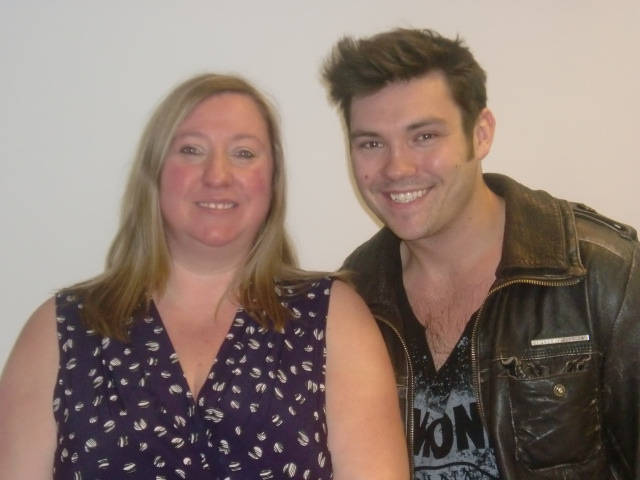 With huge thanks to Sam Attwater, Tara Tomes from the NEC group, and Emma from Neil Reading PR.