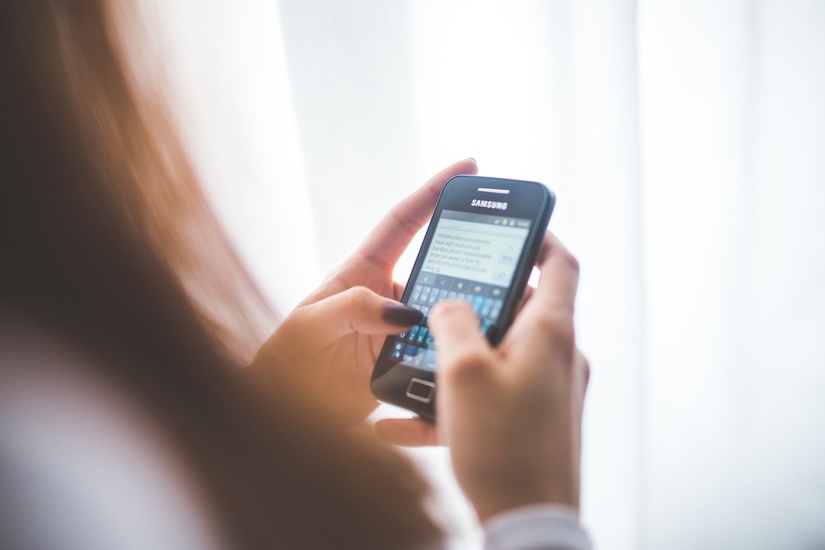 Remember when fashion was just about clothing? Maybe you could also include hairstyle and makeup in that bracket too. But now there are a whole bunch of other items, accessories and styles that fit into fashion. You may think that this change has been gradual but it’s always been there. The items we own have always been a part of fashion. Take the car for instance. When the first cars were marketed, people who could afford them were instantly more fashionable. They were at the highest peak of society. Then as the market progressed different brands of cars appeared. Some were more fashionable than others. This was partly due to their cost but also the power and appeal attached to the name.

However, I don’t think it’s true to say that anything has grown more in fashion than technology. I suppose, once tech was small enough to carry around, it was inevitable. The technology was going to become a huge part of fashion. But it’s not until recently that we have truly seen the impact of this change. In this post, I hope to examine how technology has affected fashion trends and the fashion industry in a whole variety of ways. But let’s start where it all began.

Are you old enough to remember when the first cell phone arrived on the market? I’m not talking about the massive ones that you carried around in the back of your car. Or the huge brick that Zach had on saved by the bell? I mean the phones that were properly mobile. The ones that you could carry around in your purse or your pocket. They sure have come a long way since then haven’t they? The first cell phones weren’t designed to be cool, stylish or attractive. They were designed to work, to function and to be durable.

But, at the end of the 90’s things started to change. Marketers realised that as tech changed phones could be made smaller, thinner. Arguably they could be made to be more fragile and easier to damage. However, consumers largely accepted this change because suddenly phones were stylish. They were modern and cool. They became a fashion accessory and everyone wanted one.

The punch came when the first iPhone was announced. After the success of the iPod, Apple were keen to profit off the lucrative cell phone market. And boy did they ever. The iPhone was a huge hit that has paved the way cell-phones have been styled to this day. You will get the random odd duck but mostly all phones look remarkably similar. Make no mistake, though, Apple was the first and is still one of the most popular.

Then came the growth of customization. It wasn’t enough to have a cool, sleek phone. You needed to personalise it a little and show it’s yours. A couple of years ago there was a huge trend for girls to give their phone some bling with glitter and sparkles. Tacky, perhaps, but it was certainly seen as fashionable at one point. Today you can get a whole bunch of different cases for your phone. So if you buy an iPhone 6, you’ll immediately be looking to purchase the best iPhone 6 case.

Of course, it didn’t just stop with cell phones. Tablets were the next big craze and, of course, the same thing happened. Apple and a number of different producers started to make products to be sleek, thin and stylish. They are not going to stop either. Already rumours are emerging that Apple is planning to remove the headphone jack in their phone to make the seven even slimmer.

Some people claim that while this tech trend has been interesting for the fashion industry, it’s damaged innovation. While this is debatable, there is certainly a lot of evidence to support this argument.

However, as I said, I don’t believe we truly started to see the integration of tech and fashion until recently.

Smart Watches started to hit the market late 2014 and have continued to be a trend ever since. Are they as successful as producers had hoped? Perhaps not. Let’s face it, who’s going to spend an extra three hundred so they can check the time on their wrist rather than the phone. And if you’re going to do that, why not just get a normal watch. It’s still unclear how great the impact of the smartwatch is going to be on the market.

But I predict that the available tech hasn’t allowed it to be as thin as it needs to be. If you’re going to wear a piece of tech on your wrist, it needs to be smaller than the typical watch. It needs to be sleek, similar to what we’ve seen in science fiction movies. However, when tech reaches that point and it will, I think we will see the public welcome this concept. It will be the first piece of technology that is completely integrated into fashion. 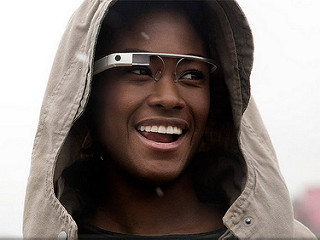 Finally, it’s interesting to look at the future of technology and fashion. Recently, we have seen the push of VR technology and this can be used by adding a device to your phone. However, if you have seen the tech it looks truly ridiculous. It looks like something that you would have expected the 80’s tech industry to produce. Certainly it is not the beautiful tech future we were promised nor the one that we hoped for. Again, I think these devices are going to have to be smaller and sleeker before they are embraced.

On that note, I recently read an article about how Star Trek has predicted many tech items we have today. This includes video calling, tablets and touch phones. The last prediction on the list was a concept similar to Google Glass. Google Glass disappeared from development early this year, losing its release date. The last update claimed it was being revamped for the public market. While some think Glass will quietly be forgotten, I think it will reappear next year. When it does, it may very well be the latest piece of tech that slips into the world of fashion.

Well, what did we do before iPhones? I think this is a perfectly legitimate question. Because whether we are using them for work purposes, or in our home lives, it seems these days we are never without our iPhones. Once upon a time our mobile phones had a simple use, we used them to contact people when we were out and about, sometimes with a call, sometimes with a text message. They were useful to help us keep in touch, to keep in the car with us in case of breakdowns, or to play a simple game on if we were bored. But that was then. 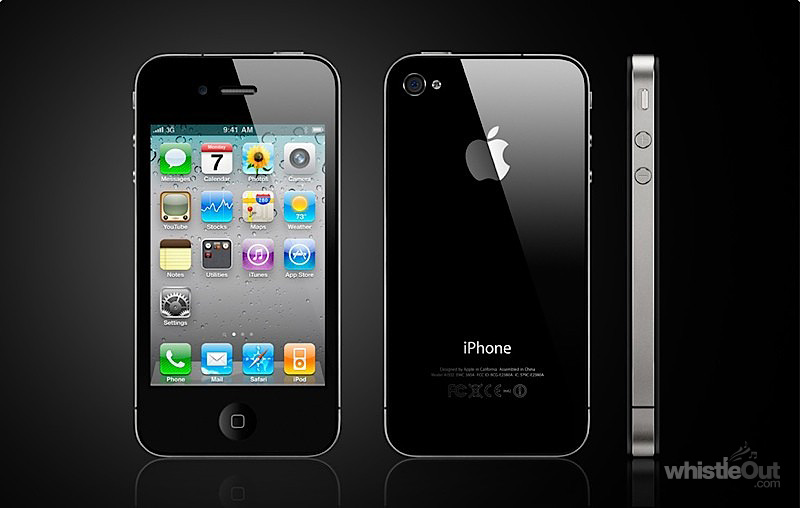 Today our whole lives seem to revolve around our smartphones, they simply have so many uses beyond just calling someone. For me, as both a blogger and a mother, the iPhone is indispensable. I’ve only recently got my phone from Carphone Warehouse, who were brilliant in showing a true technophobe all the advantages of having a smartphone. Now  I note all my important events on the live calendar so that I no longer have to carry a diary around with me (another heavy book in an already heavy bag). Many a disastrous day has been averted by using my Sat Nav app to find the exact location of a press day or meeting when I am lost in London yet again. And of course, I can follow fashion at all times through various glossy magazine apps which help me keep up to date with breaking fashion and beauty news. Marie Claire has some of the best apps, I really love the Beauty Genius app which has all the latest catwalk hair and beauty trends literally at your fingertips. 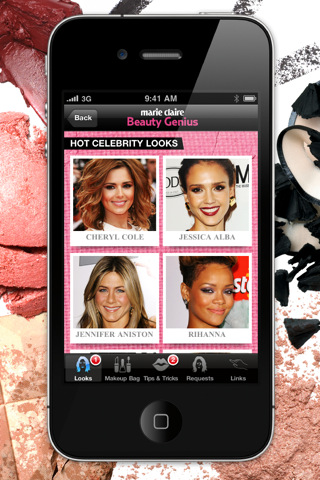 I love the fact that you can shop many of the key trends from online stores like Boohoo.com from a magazine simply by scanning a code. Reveal magazine has a great weekly feature which allows you to buy items straight from their pages using your phone once you have downloaded a free app. This is great for me because it stops the endless trawls around crowded shopping centres with a grumpy three-year old in tow.

The iPhone is also a mom’s best friend. I can stick a film or cartoon on it when I am taking my little boy on frequent trips to Wales, and that seems to avoid the ‘Are we there yet?’ question that children start saying as they leave their own street. (Film On is brilliant for this), whilst hubby is also kept happy by Sky Sports and ESPN goals apps that mean we keep up to date with all the latest sports news, even when stuck in the heart of Snowdonia. 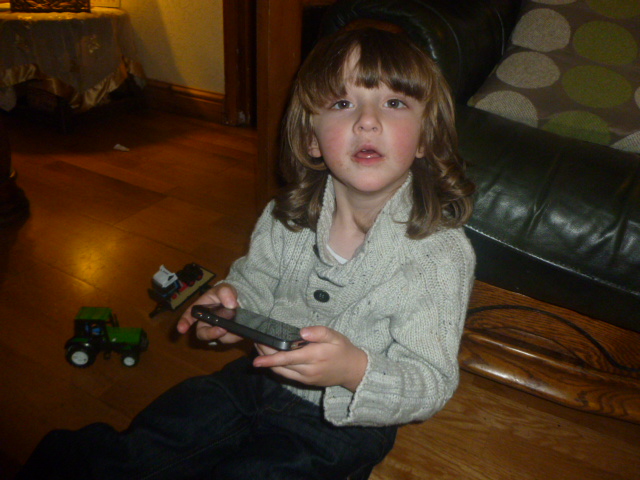 If you haven’t got a smartphone, I can think of far worse things to add to you Christmas list.