At the recent London Fashion Week I was lucky enough to meet and chat to Stephanie Grace Foy. A talented up and coming designer, I was intrigued by her collection ‘Longitude/Latitude’ which seemed to juxtaposedly be the most simple, yet also the most intricate of designs. 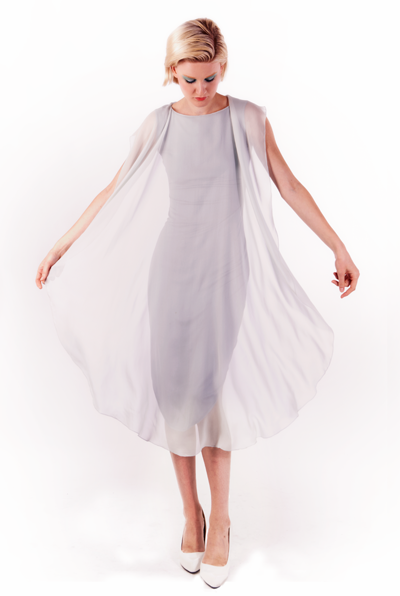 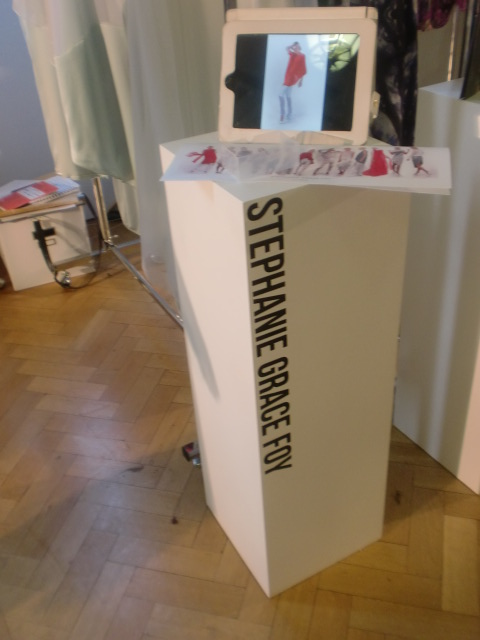 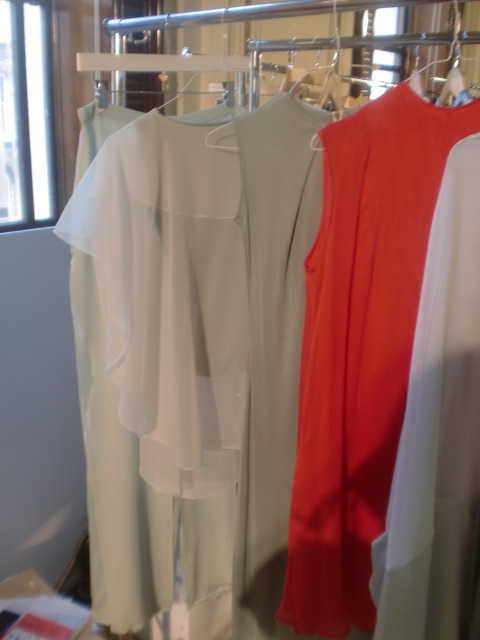 This is a wonderful collection of ‘lighter than air’ pieces that are deceptive in their cool simplicity. Stephanie has a background as a freelance pattern cutter working for some of the best in the fashion business. Her CV includes pattern cutting for Mark Fast, Topshop Unique and Mario Schwab. Witnessing the inner workings of the design process led Stephanie to formulate ideas for her own designs. The collection ‘Longitude/Latitude is an amalgam of interest in pattern cutting in relation to body shape. This has led to a collection of beautifully floaty pieces that both float over and skim your curves, changing their shape has the body moves.  These clothes almost have a life force of their own – they literally undulate as you move. 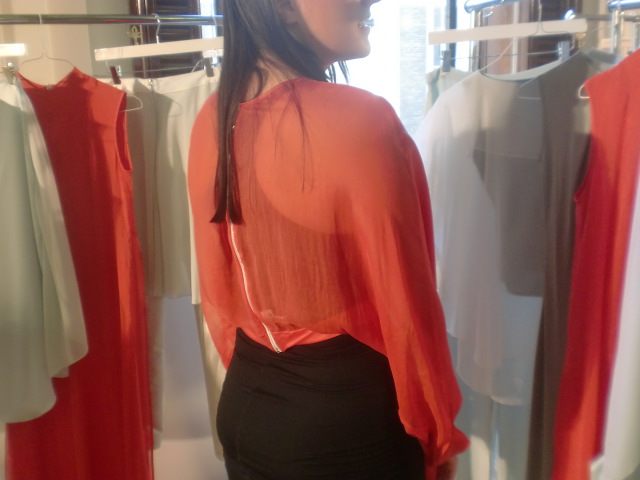 Stephanie shows off one of her beautiful designs. 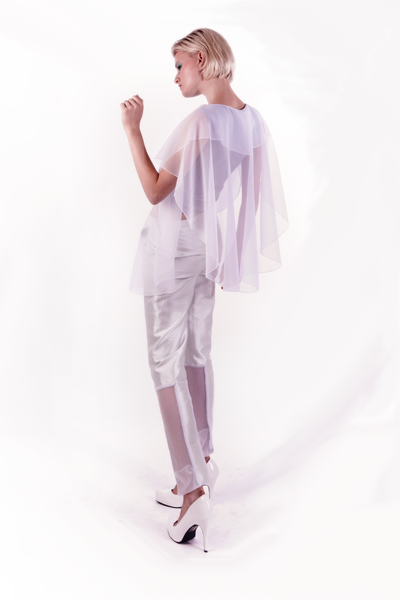 I totally fell in love with this collection, the blouses, shell tops and dresses were so delicate you could scrunch them up in your hand, they were so light. And they are just terribly pretty, in gorgeous shades of pistachio and deep corals, and contrasting cool white. The sheerness of the fabrics make them perfect for those travelling to warmer climates, these would not take up any room in your case. 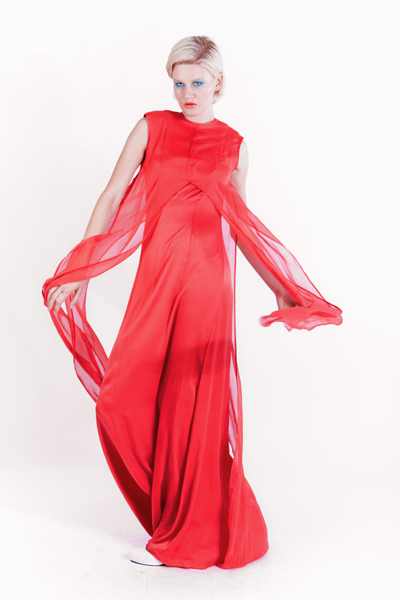 This is a very forward looking collection, when so many designers are looking to the past for inspiration, SGF definitely has it feet planted firmly in the fashion future. Destined to be a huge name in the British Fashion Scene, Stephanie Grace Foy is definitely one to watch.

British fashion is an exciting place to be in at the present time, the buzz that surrounded London Fashion Week this year, with its amazing collections and starry front rows, showed that London is once again the capital of the fashion world. And Nicole Murray is primed to become one of its brightest stars. At just 24, she has already seen her first collection sold exclusively through Harrods as part of the ‘Harrods launches’ platform, has received plaudits and acclaim from both the notoriously picky fashion press and celebrities, and is set to be one of the standout collections of the soon-to-be launched website watch-that-label.com. 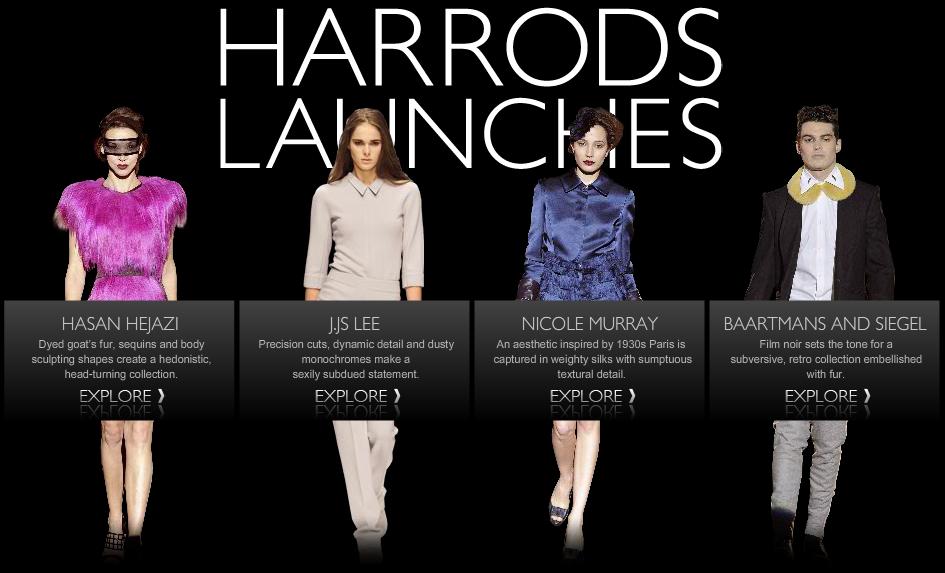 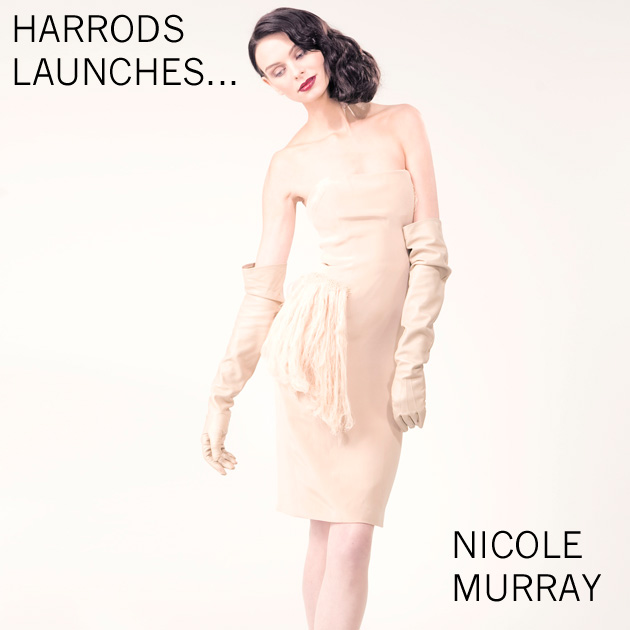 The Nicole Murray line was first launched in January 2010 and specialises in beautifully constructed, luxurious women’s ready-to-wear. A graduate of the London College of Fashion (previous alumni include Jacques Azagury, Patrick Cox, Ashley Isham and Jimmy Choo),  Nicole was awarded the Harold Tillman Scholarship for Young Designers, the English Eccentrics Bursary and graduated with a distinction. Then followed that amazing first collection for Harrods.  Grazia was amongst those who showered the praise,  saying “block colour ensembles and 40’s glamour was perfectly executed by Nicole Murray”.

A second collection, for Spring/Summer 2011 was also warmly received and led to Nicole signing an exclusive deal with eagerly anticipated online fashion retail site watch-that-label.com. This site will see Nicole’s collection sitting alongside such luminaries as Emilio De La Morena, Josh Goot and Louise Goldin, with a concentration on the best and brightest of new labels and fashion designers from around the world. 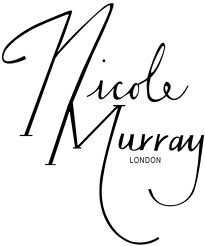 Nicole showed her A/W 2011 collection as  part of  the Vauxhall Fashion Scout during London and Paris Fashion Weeks. Her new collection shows her commitment to producing clothes of timeless elegance with a contemporary twist. Using a pallete containing purple shades of heather, amethyst and rosewood as a basis, but with deeper tones of bronze and chestnut browns to add a touch of the dramatic, Nicole has produced a collection that has simple,minimalistic lines, but with fluid sophistication. 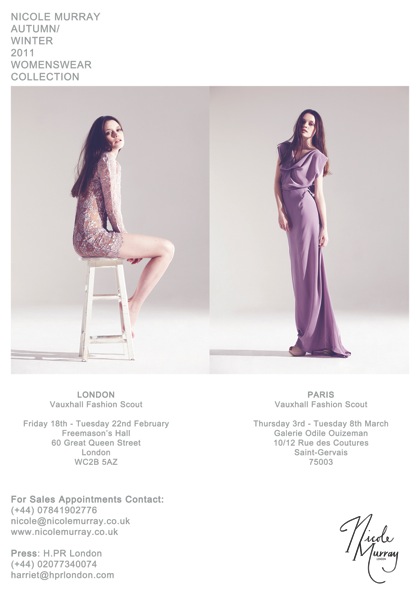 Nicole with her A/W 2011 collection

Silk and wool are teamed with leather detailing such as belts, collars and straps to create garments that retain femininity without being too girlish. This is glamorous dressing, without  ruffles and frills, but with a grown up sophistication that is sure to find favour next season. The fabrics used have the added attraction of being made in England.

Nicole’s  collection will soon be available at www.watch-that-label.com. For more information,visit the Nicole Murray website www.nicolemurray.co.uk