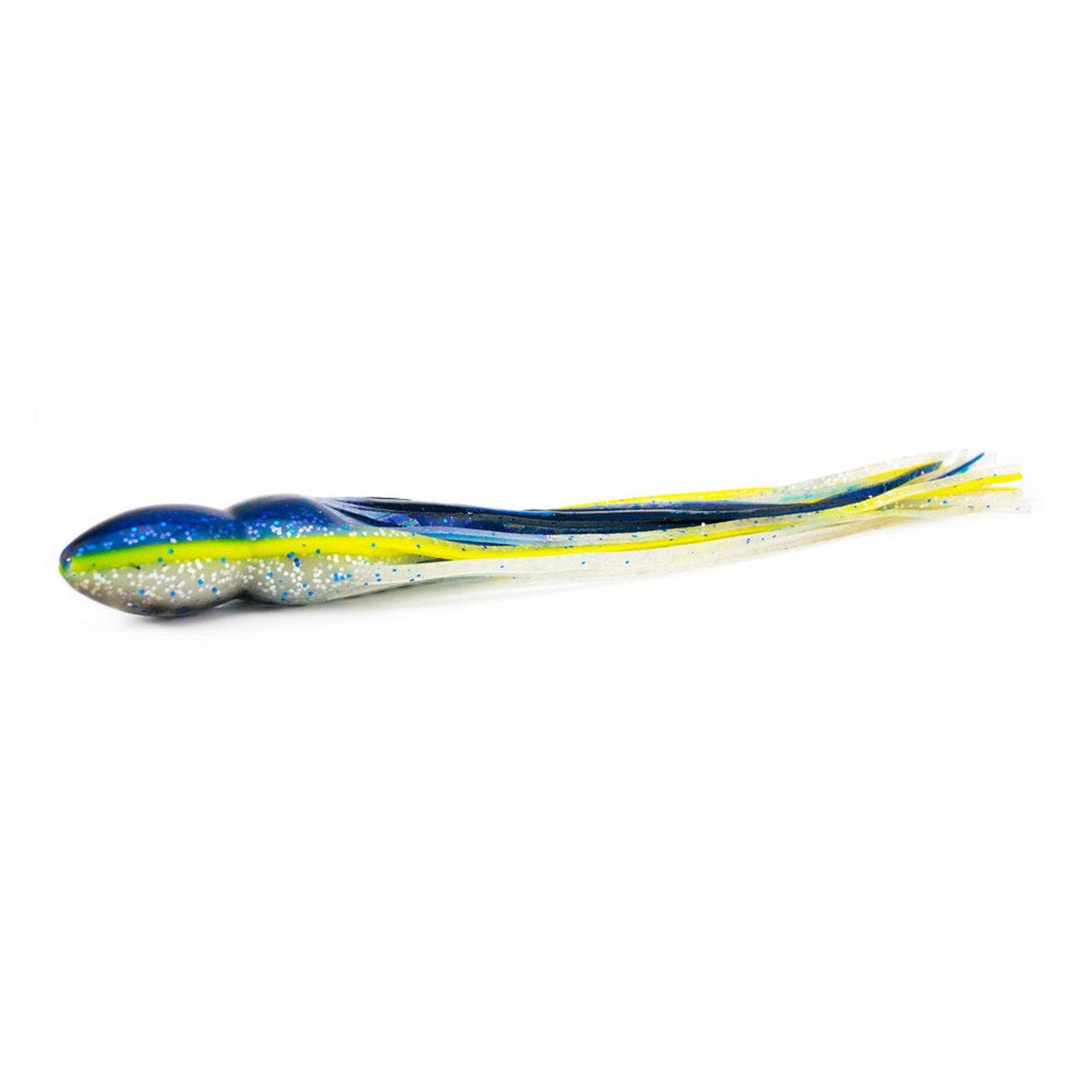 Unlike other species of fish, the tuna does not swim away from boats. Most likely, the presence of a boat attracts the tuna in the first place. So, when buying tuna lures for sale to catch fish, remember to set them within the wake near your boat. Set the lines in a staggered pattern to minimise the chances of tangles.

Also, do not run the tuna lures past the whitewash as the fish will look for something to eat in your wake as they come up to your boat, and you will miss catching them.

Lures that are used to catch tuna are available in a variety of colours. But, you can categorise them into skirted lures, bibless minnows, and hard-bodied bibbed minnows. Each of them has a different action, appearance, and a technique for trolling.

These lures are typically shallow running types that are designed to run straight beneath the surface and occasionally break the surface. The range begins with resin headed or small metal lures that are fitted with tinsel, vinyl, or feather skirts of about 150mm to 300mm in length.

The majority of skirted lures work efficiently at about 8 knots, ranging from 5 to 25 meters back. It also depends on the size of the fishing boat and the number of rigs for trolling. If the weather is windier and rougher, this will cause you to use less number of rigs to reduce the risk of tangling.

Another technique of lure trolling is by using the lures as a jig. As soon as you hook a tuna, you can increase your catch by throwing over a metal jig or letting other tuna lures to a depth of about 1 to 20 meters.

You may trigger a fish to attack because most likely, your boat is already above a school of fish. You will want to create a disturbance by running a bigger lure with your smaller lures to entice the fish in the water.

Buy tuna lures for sale and use the larger ones to create a bubble trail, which is referred to as a smoke trail. This process emphasizes the appearance of the lures to those bigger fish that are typically feeding deeper. As long as your lures stay in the water, you can run them as fast as possible since tuna can swim more than 25 knots.

In general, you will catch a bigger fish if you use a bigger lure. There are some successful combinations when it comes to catching tuna. For example, lures that are 6″ in length in any red/white, blue/silver, and green/yellow combination are ideal for smaller tuna such as Striped and Albacore. On the other hand, 8-10″ lures are usually used for catching Yellowfin, Bluefin, and Albacore Tuna. You can easily catch White Bluefin tuna if you use purple, brown, and pink lure combinations. If you are intent on catching larger Striped Marlin or Yellowfin Tuna, then use darker colour combinations of lures in purple, black, or blue, although these fish tend to run after pink lures as well.

There are no hard and fast rules when it comes to catching fish. If you are not successful with the tuna lures that you bought, you can always change their speed, colour, and position until you get the right balance. Or you could head over to a shop and see if they have any good tuna lures for sale.