Another Sunday night meant another awards ceremony, and therefore another dose of red carpet looks. I had really high hopes for the Grammys, after all, the likes of Rihanna, Beyonce, Lady Gaga, Jessie J and JLo have made this one of the most unmissable nights for fashion in the calender year.

But 2014 has proven to be a bit of a disaster year in terms of truly memorable looks. The biggest stars failed to walk the carpet, Rihanna being a complete no-show. Those stars who did the red carpet walk sported a series of looks that can only be described as questionable. You had Katy Perry in the world’s most expensive shower curtain (we get it Katy, you’re ‘kooky’ and ‘quirky’), Paris Hilton wearing a dress that looked very ‘Las Vegas’ teamed with Tammy Wynette’s hair. There were too many long dresses, not enough rock and roll sass, and as for Madonna, how many more times do celebrities need telling ‘do not let your children dress you!’ Her strange outfit was apparently the idea of son David. I’m guessing, if that is the case, we’re lucky she didn’t turn up dressed as a power ranger…

But there were still a couple of looks that did impress.

The model, aka Mrs John Legend got it so right in a shimmering gold strapless column dress and beachy hair. I loved that she kept her accessories to a minimum and let that dress do all the talking. 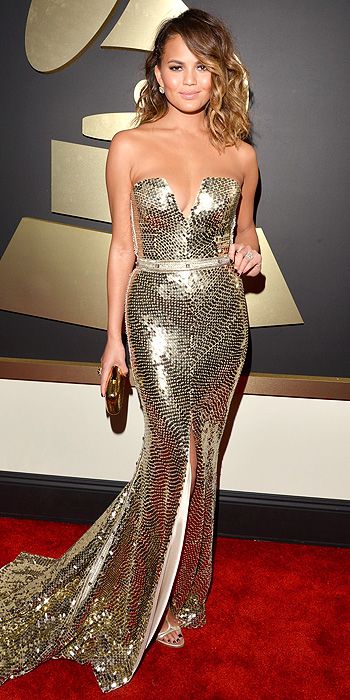 I’m seeing a trend here with Ciara taking her cues from Olivia Wilde and encasing her baby bump in something sparkling and body hugging. The Peter Dundas dress was perfect for Ciara in every way, not least the way it match her hair and colouring. Stunning. 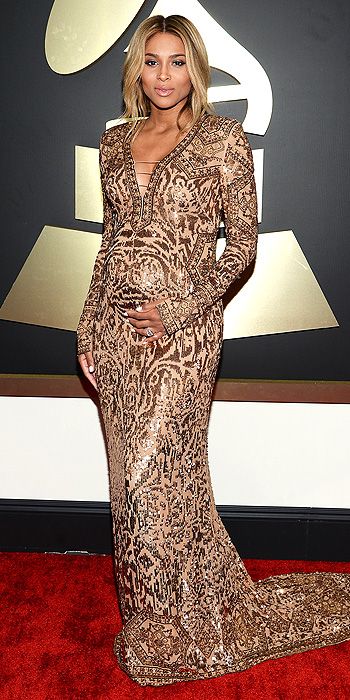 Taylor went for chainmail from Gucci and kept the hair to a simple ponytail. This beautiful dress was perfect for the Grammy’s, ensuring the ever reliable Taylor would be on all the best dressed lists once again. 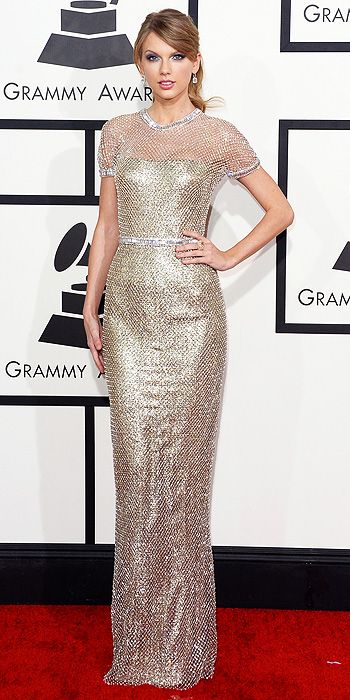 Let’s be honest, there are not many women who could pull of this white lace, barely there dress. And yes, it does resemble a wedding dress from a Guns and Roses video. But I still think, all things considered, that Beyonce looks amazing…if the style is not a little bit like Rihanna in Gaultier. 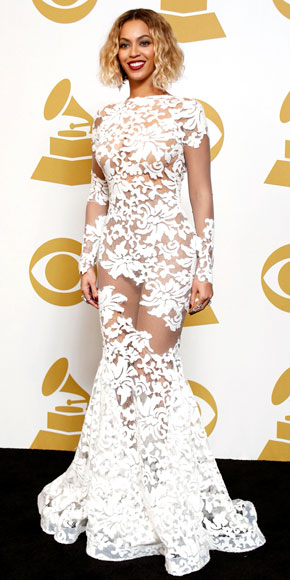 Ariana Grande in Dolce and Gabbana

This was a very Carrie Bradshaw look from Ariana, but I loved that it was sweet and pretty. The hair was very SJP, and I believe the dress has been worn by Dannii Minogue in her X Factor heyday (or at least something very similar), so nothing that we haven’t seen before, but she still looked lovely. 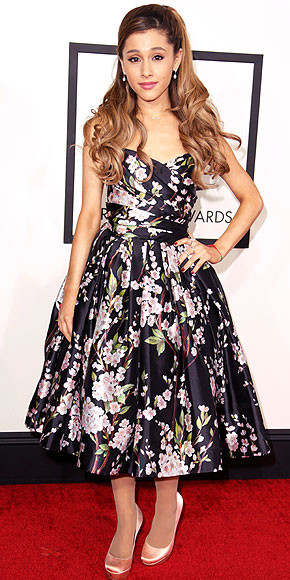 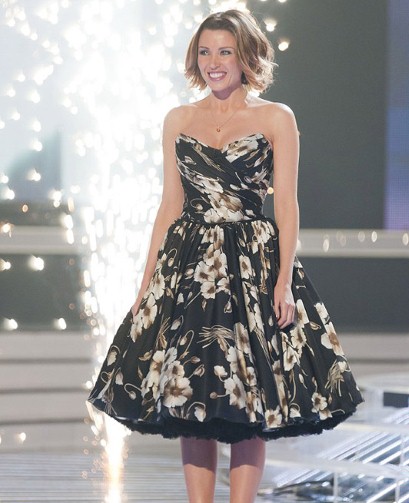 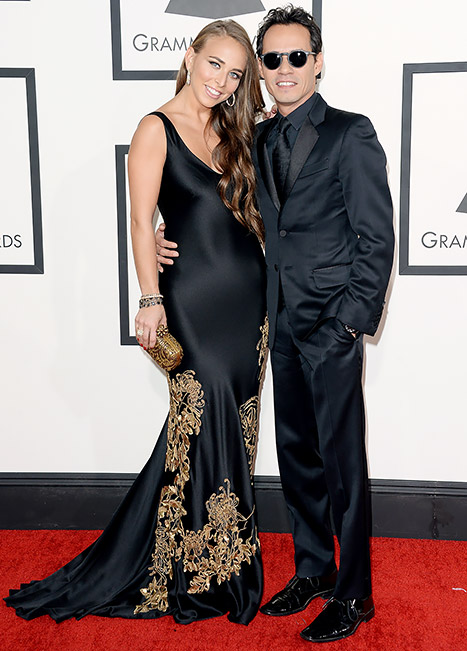 Miss Topshop Chloe Green was most definitely on of the best dressed in the slinkiest Alexander McQueen dress I have seen in a long time. The exquisite black silk sheath, teamed with gold embroidery, was gothically glamorous and made Chloe stand out from the crowd.

Australian model Nicole’s dress had a fabulous vintage feel to it, with shimmering effects that resembled Fortuny pleats. Her soft, wavy hair and perfect make up made this looks beautiful and effortless. I can’t yet find out who designed this fabulous frock, but it is one that will linger in the memory. 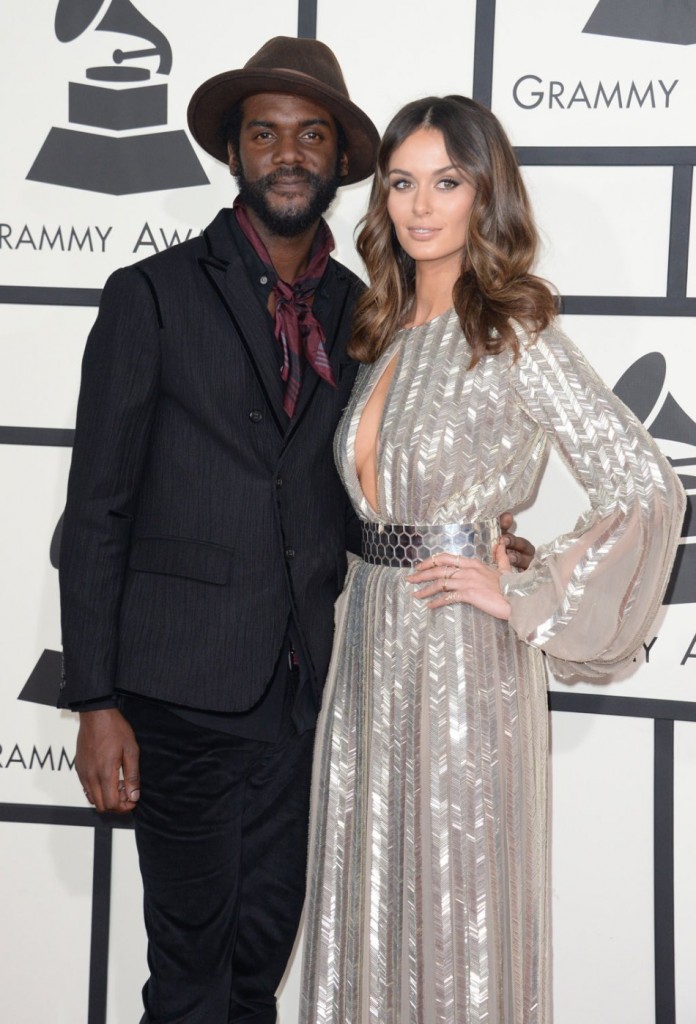 This was a sleek, Art Deco style dress with beautiful shell style scallops. I loved the white and silver combination, combined with sleek hair and minimal accessories.