Alan Bennett’s highly acclaimed and much loved play ‘The History Boys’ is the latest in house production from the Wolverhampton Grand Theatre, opening earlier this week. The story of a group of upper sixth lads who are sitting the entrance exam for Oxbridge, and the teachers who work with them, inspire them, and maybe sometimes cross a line with them, is one of the most celebrated plays of the 21st century, and this production from the Grand shows how entertaining, thought provoking and powerful modern theatre can be.

The history boys in question attend a grammar school in Sheffield, and are all aiming to get into one of the Oxbridge colleges. They have a range of teachers to help in this quest, the lovable Hector, who is brilliant and awe inspiring in his unorthodox teaching methods which include playing out scenes from Now Voyager, and singing the songs of Gracie Fields – how general is ‘general studies’ after all. Mrs Lintott is their history teacher still fighting against a wall of sexism, although she does have the respect of the boys, and is a confidante for the other teachers. Into this mix falls Irwin, a teacher not much older than the boys himself, who may, or may not have attended Oxford, and is tasked by headteacher Felix with getting the boys through the entrance tests and interviews. But clashing teaching styles, personalities and personal proclivities from both male teachers that are borderline unacceptable mean that the journey to Oxbridge will not be easy. 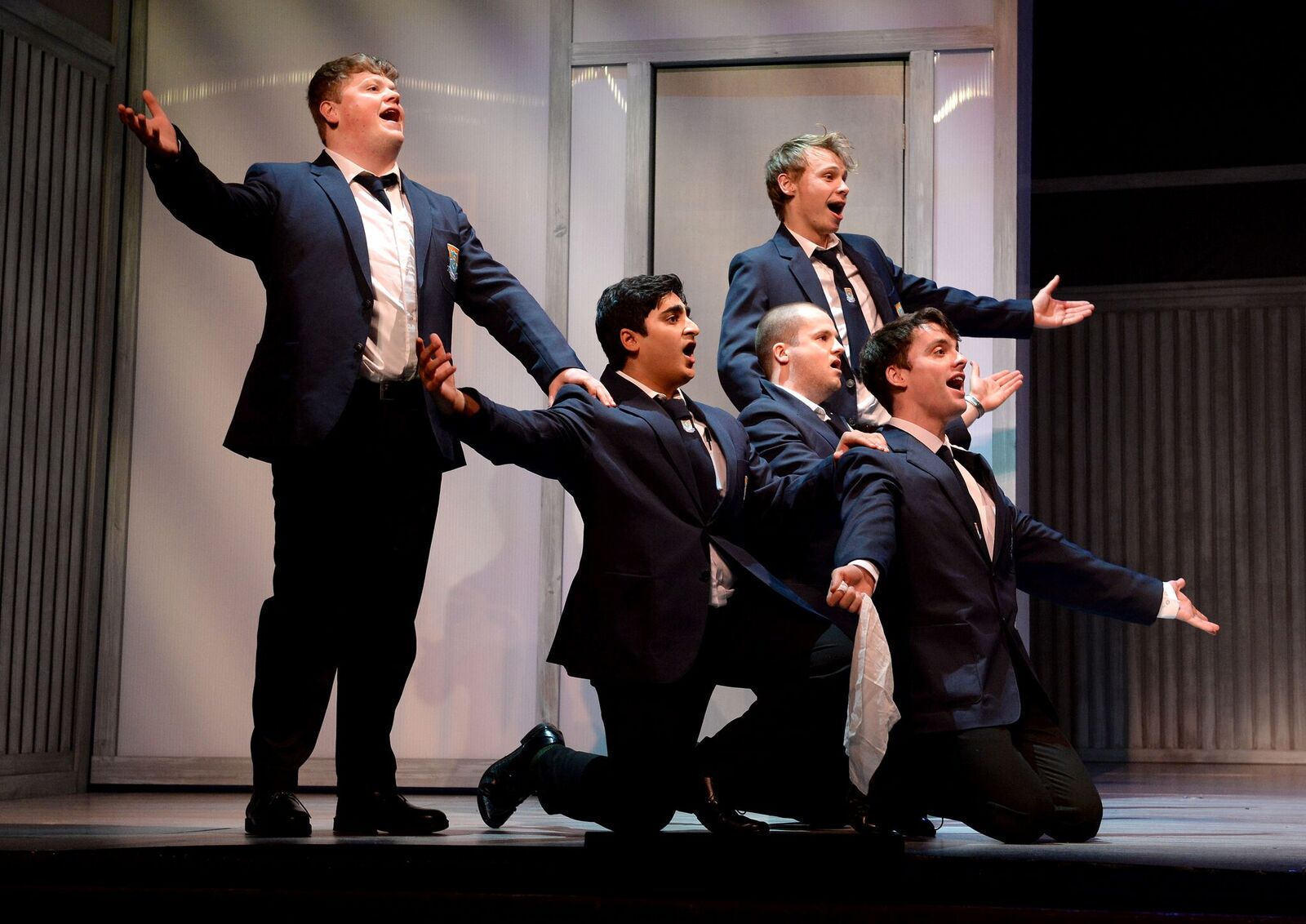 The ensemble cast is uniformly excellent in their roles. The boys (Arun Bassi, Thomas Grant, Frazer Hadfield, Adonis Jenieco, James Schofield, Jordan Scowen, Dominic Treacy and Joe Wiltshire Smith) are all brilliant in their roles, giving each pupil a unique personality, with special mentions needed for the charismatic Dakin, played by Jordan Scowen, the not so bright Rudge, with the plays best line uttered with brilliant deadpan delivery from Joe Wiltshire Smith, and the very talented Thomas Grant as Posner, who can sure belt out an ironic show tune.

The members of the staff are also very good. Victoria Carling brings a feisty edge to lone female Mrs Lintott, whilst I love the always excellent Jeffrey Holland as Felix, almost a square peg in a school full of round holes, and playing the straight man role with aplomb. The contrast between Irwin as played by Lee Comley, and Ian Redford as Hector is strong and makes for wonderful entertainment, with Comley playing the less flashy role perfectly. But the whole show is stolen by Ian Redford who is a superb Hector, funny, lovable even at his most grubby, and yet full of pathos as he looks at a life that has passed him by. It is a stunning performance. 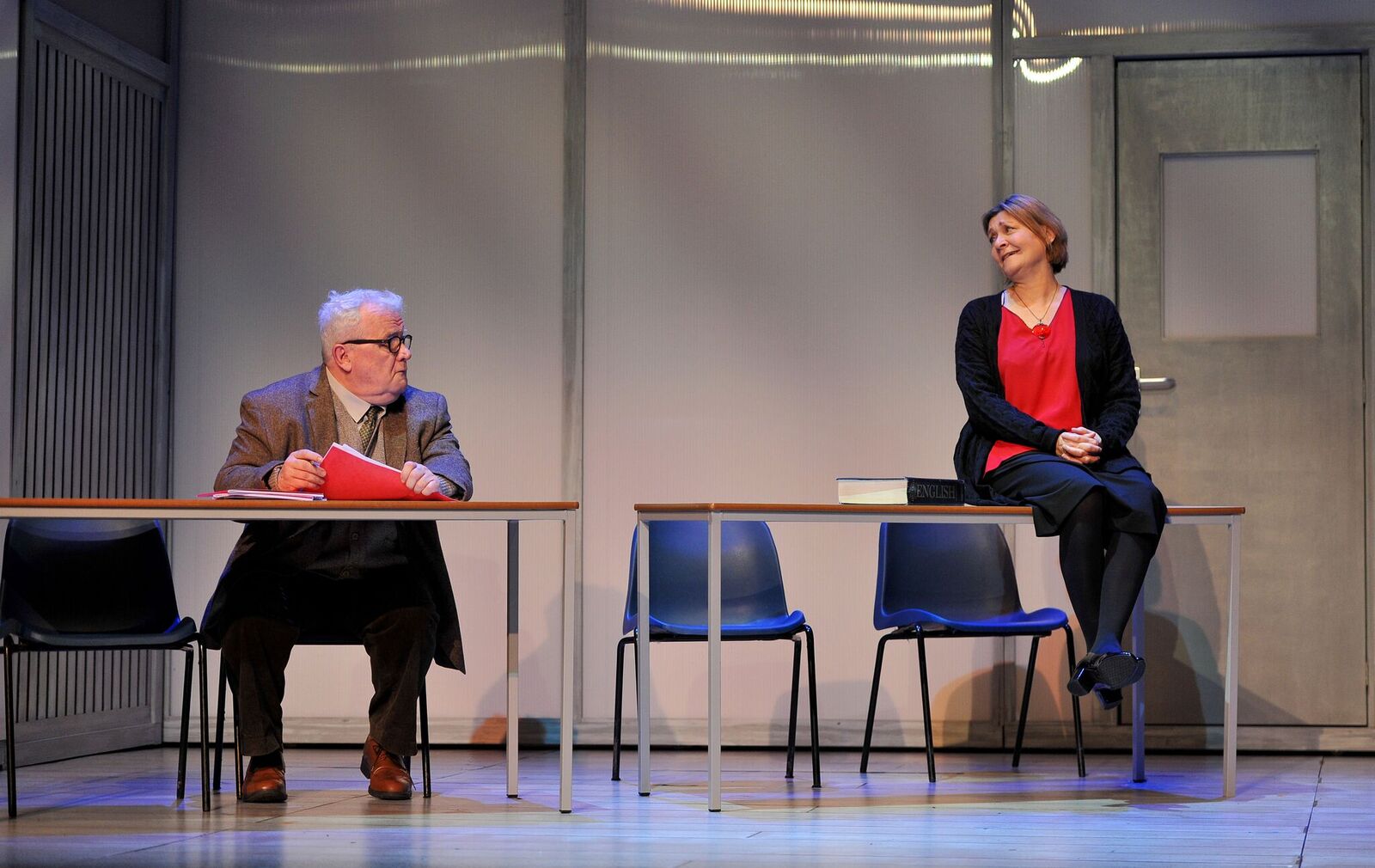 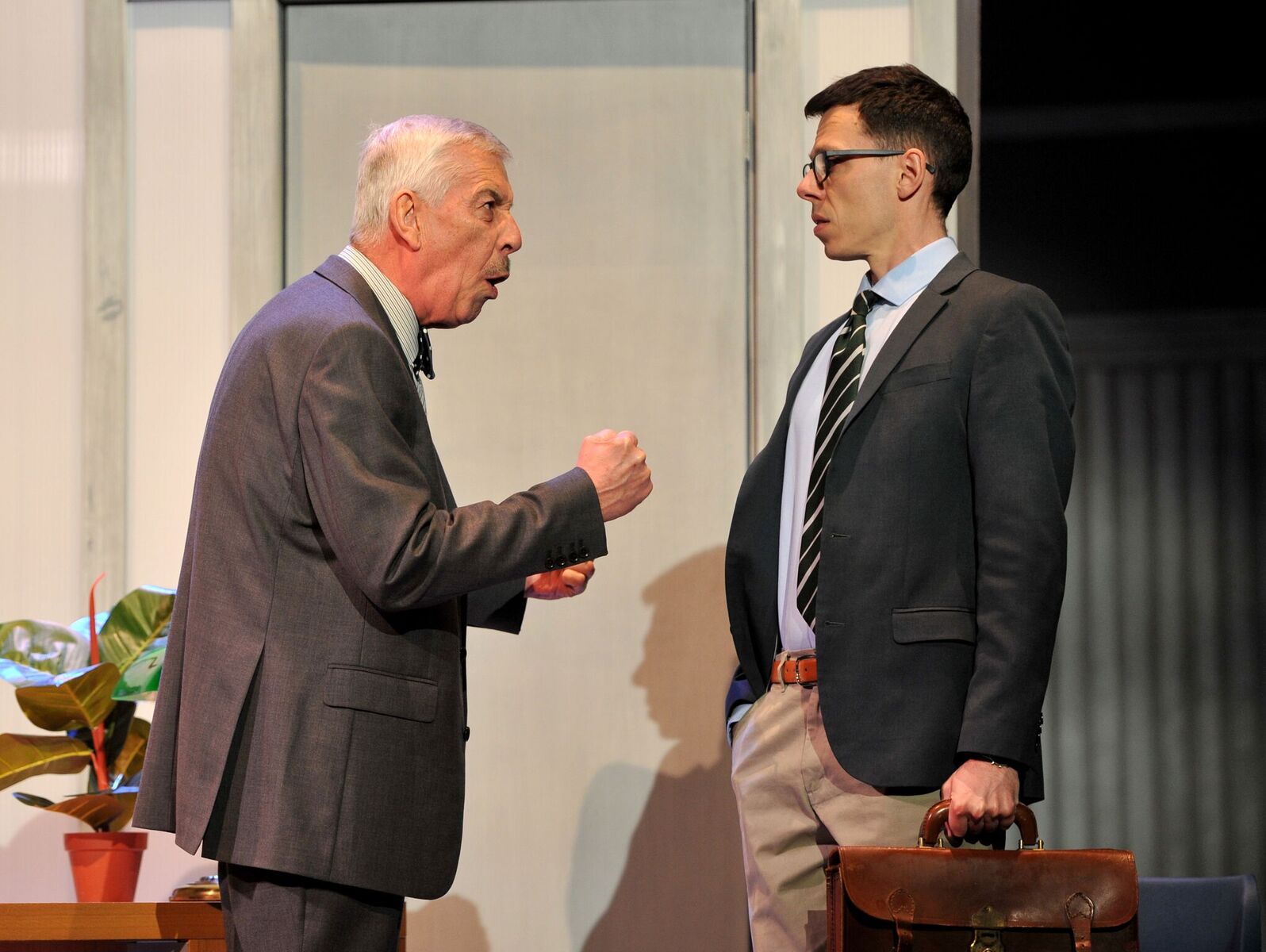 The staging of the play is wonderful, using a sparse set that switches between the past and the future seamlessly, and using great video clips to show life around the school. The direction from Jack Ryder is taut and thoughtful, every scene counts, and the absolute knockout French scene is just so funny and cleverly staged, an complete masterpiece of farce that makes you laugh long and hard.There is also a 1980s soundtrack that adds a touch of welcome nostalgia for anyone who went to school in that fascinating decade.

Beautiful direction, wonderful acting with so much wit. The History Boys is an absolute triumph for the Wolverhampton Grand.