It will soon be drawing to a close, with just one week left for those requiring their X Factor fix. The series has not been classic in the fashion stakes compared to the wonderful years of Dannii and Cheryl, but there have still been some great style moments, and in Kelly Rowland, a genuine style icon has been born. Here is a review of the outfits from the last two weeks of X Factor.

Tulisa has sported four looks in the last two weeks, and the safest thing to say is that some looks have been more successful than others. Bodycon was the theme for two of her looks, with Herve Leger’s raspberry full length dress looking  good on her super slim figure. However, the straightjacket style dress with cutout shoulders was a poor choice which was both ugly and unflattering. This sort of style needs to stay in the bad days of the 1980s! 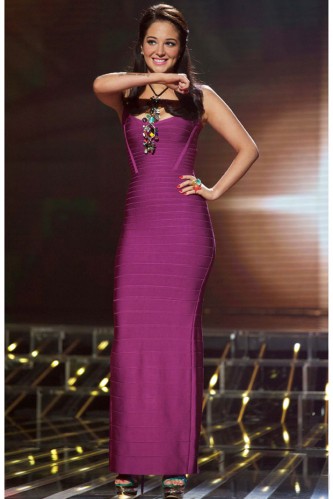 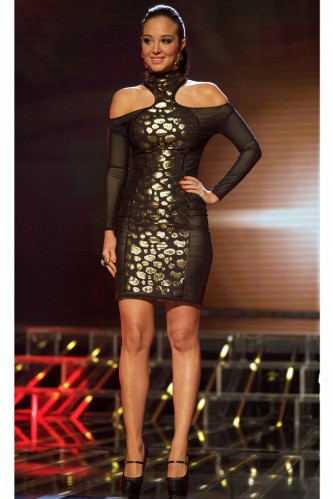 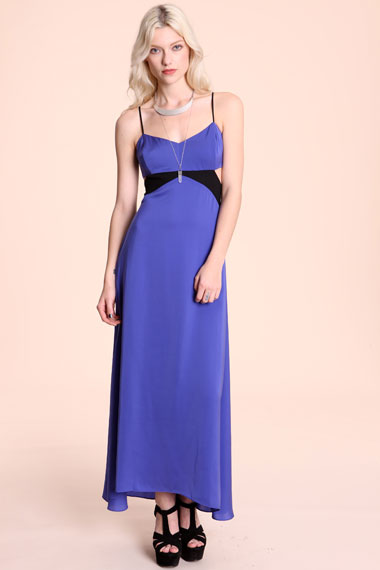 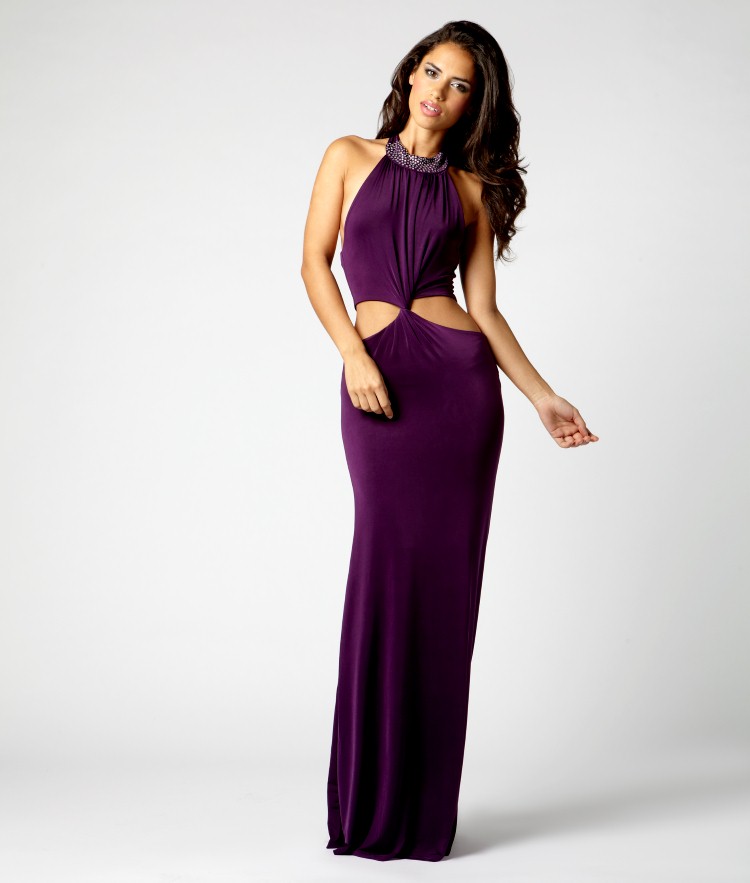 Tulisa’s other looks were again hit and miss. I loved the silver futuristic dress that she sported for the results show on Sunday, but hated the frou frou animal print prom number worn the previous week. The forced peplum, the front zip, that puffball..I don’t know where to start with the post mortem of this number. 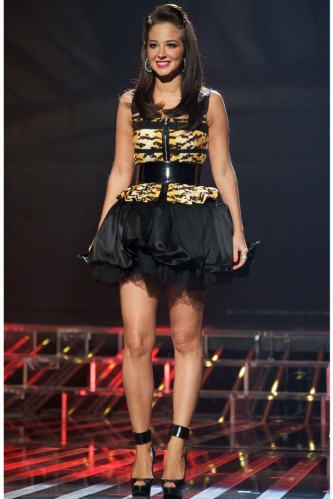 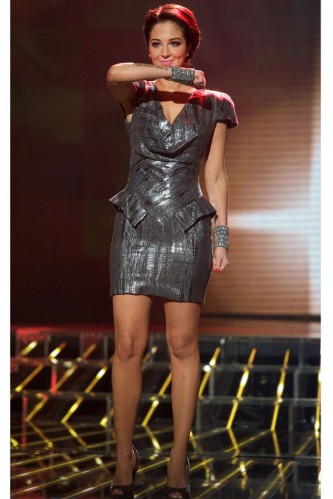 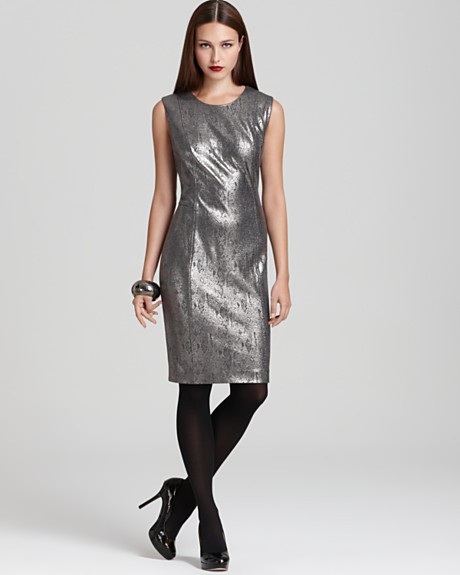 Kelly has had a home run of immaculate, stylish looks during the last few weeks of X Factor. One shoulder dresses seem to be a bit of a favourite with ‘momma’ and this is definitely a style that suits the girl’s mentor. She has sported this style in both bright and pastel shades, with a blue and lime number by Georges Chakra  proving that the old adage ‘blue and green never be seen’ is completely ridiculous, while she also wore a stunningly pretty pale pink version by Hugo Boss. 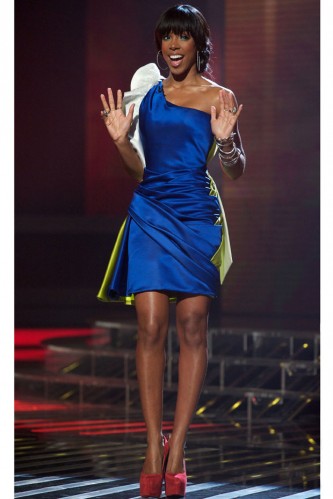 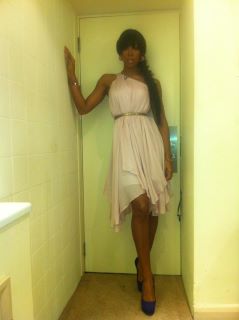 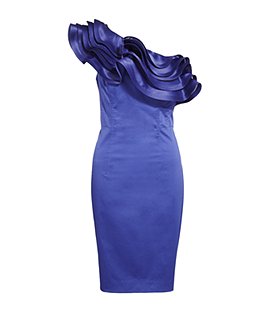 Kelly’s other looks were equally fabulous. Her full length Jenny Packham dress was a real Marilyn skin and beads dress and looked just glorious. It was great to see Kelly yet again flying the flag for British fashion, something she has done a lot this series. Her second look was more paired down, but oh-so-chic. This was a monochrome dress from Osman, that she teamed with Nicholas Kirkwood blue shoes for a touch of colour pop. 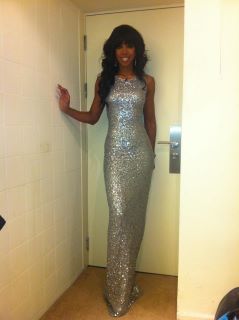 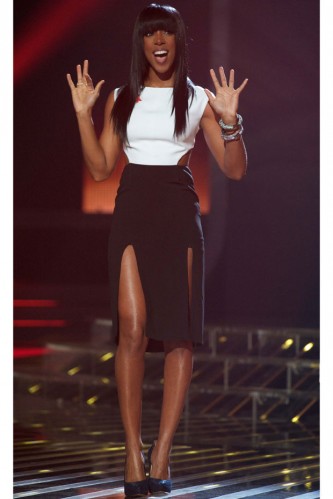 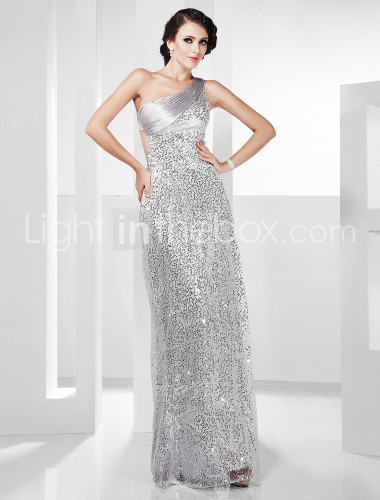 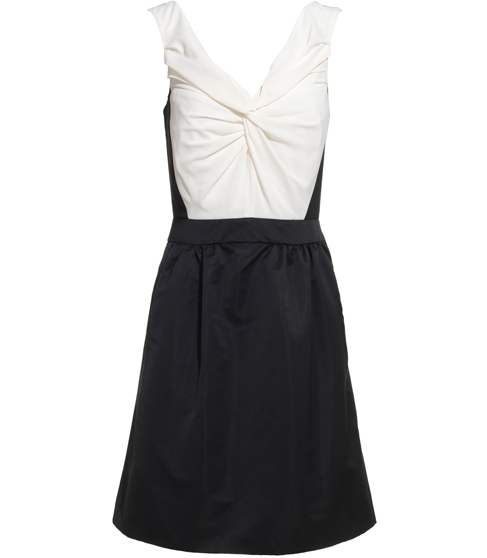