A tree house is something that most children dream about, a space of their own where they can escape from parents, or chores, or hide from the rain and just generally chill. But most tree houses are, to be honest, a little bit bog standard, let’s be honest, you’re lucky if you have a ladder to help you get up.

But what if your child could design the tree house of their dreams? What would it look like if money and space was no object?

Armstrong Supplies, who stock great quality timber and building materials, asked a group of children, including my 10 year old Joe, what their perfect tree house would look like, what it would have inside, and who would be allowed inside. They then mocked up an image of a virtual tree house using photoshop to show just how good the design would be in practice. 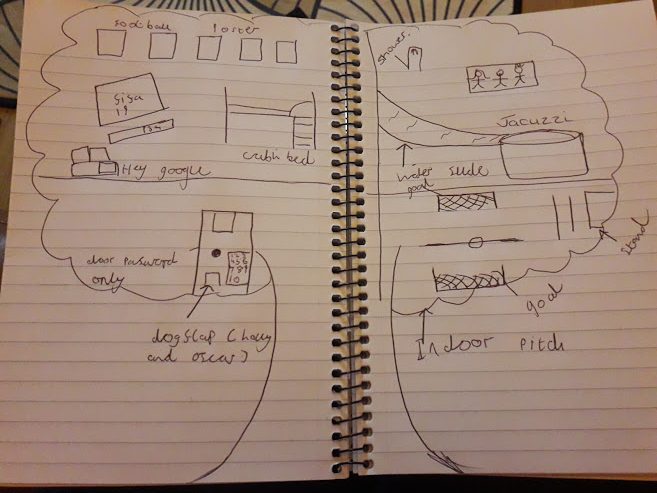 Joe’s treehouse would be an invitation only zone with a code on the door, although there would be a dogflap for four legged friends. Inside there would be a mini Wembley Stadium indoor pitch, complete with a stand for the fans so he could play football whatever the weather. A cool bedroom would be full of gadgets including his PS4 for non stop FiFA, as well as a bed so he never had to leave the tree. There would also be a room to relax in with a rather large Jacuzzi/hot tub that would be entered via a water slide. He would have a Hey Google to provide music and football chants.

Joe’s ideas were definitely cool and perfectly sum up his attitude and personality, and we both wondered how it would look if it was actually created. It actually looks rather brilliant when photoshopped, a really interesting space that Joe would positively live in if he got half a chance. It’s a real shame that adults are by invitation only, as that Jacuzzi looks very inviting. 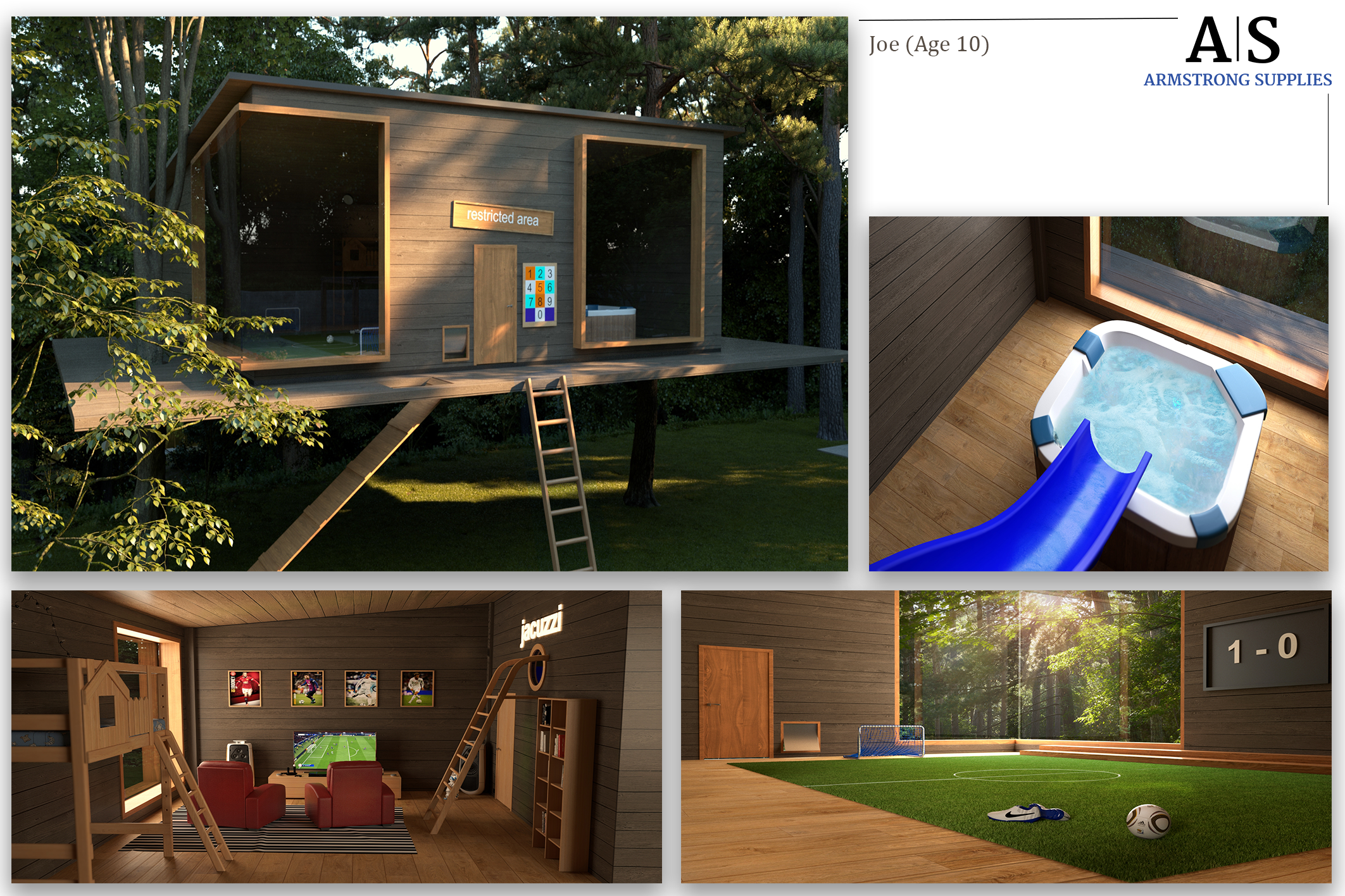 Below are a couple more tree house designs from children. I have to say that I love Alison’s vending machine, and all the space and bright colours in Liv’s space. 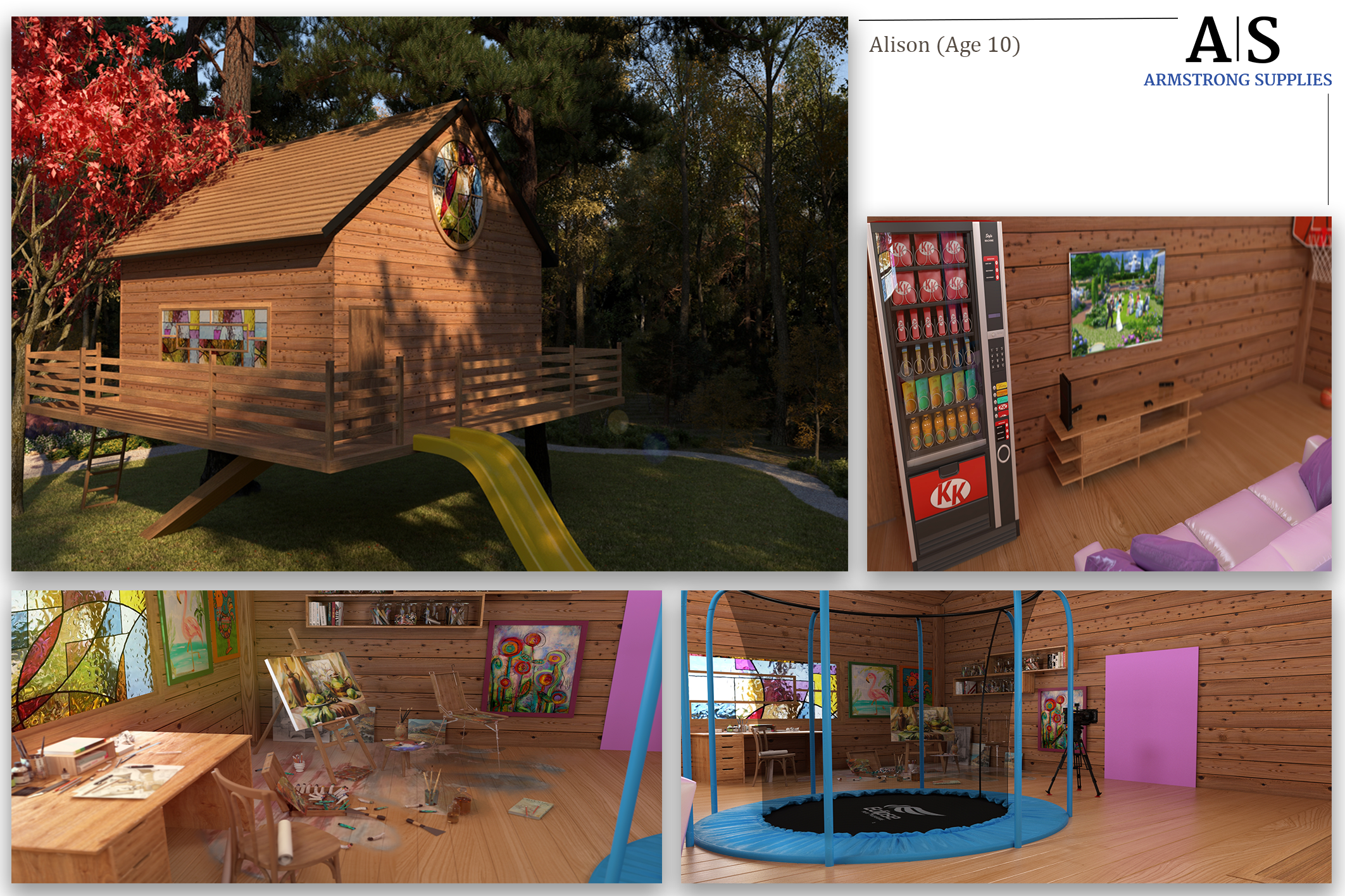 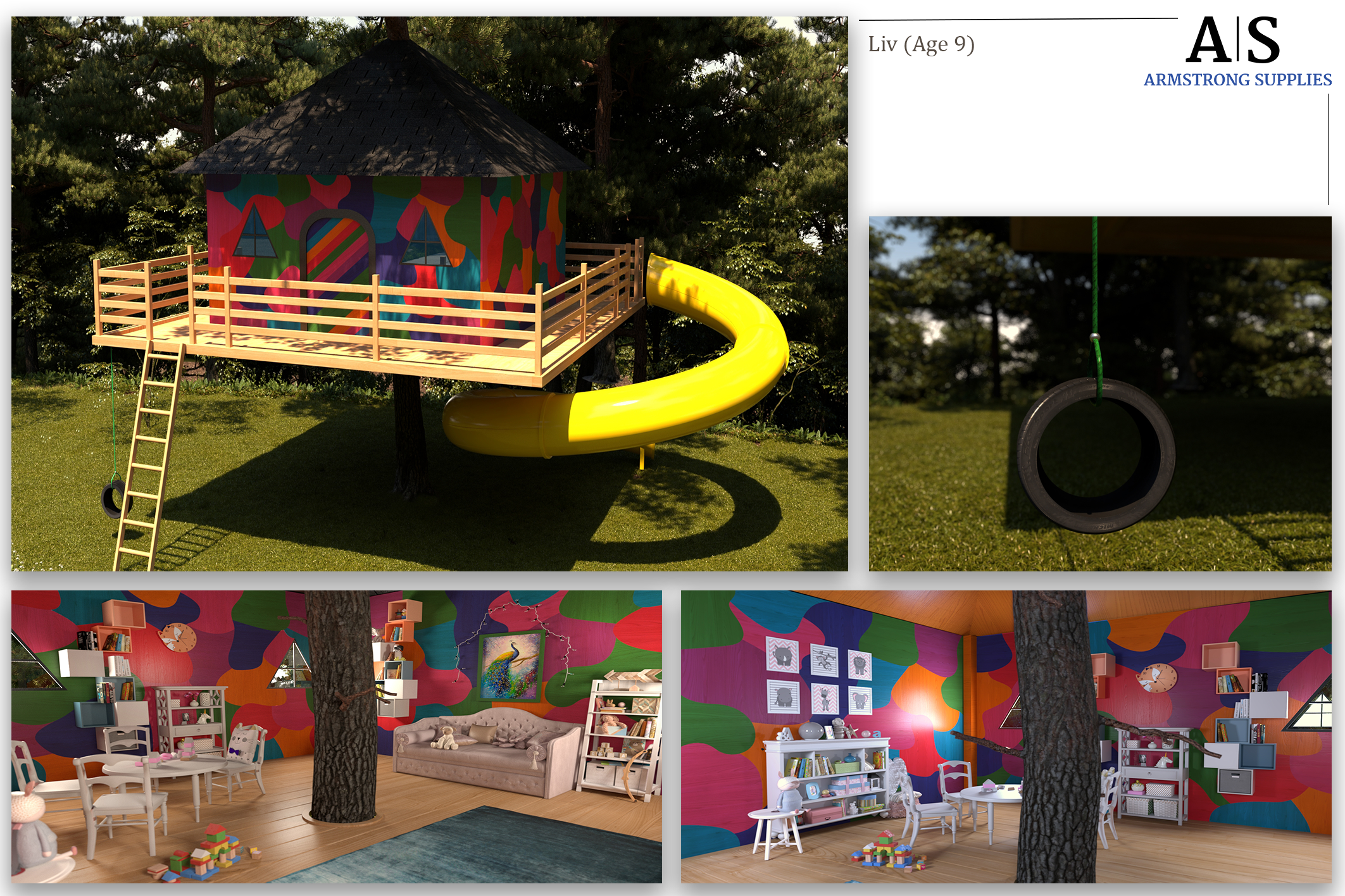 Children have such brilliant imaginations and I love the designs they have come up with, which also give you a brilliant perspective into how kid’s minds work.