And the answer to the above question is really hard, because the three year old tasked with creating the picture is more interested in eating them than being creative. Oddities, for those wondering which planet I’ve just arrived from,  are those rather tasty wheat based savoury biscuits from Jacobs. They come in two flavours, bacon (which I’m rather partial to) and cheese. Joe, my three year old. isn’t at all fussy, he likes them both equally. (He told me that through a mouthful…). 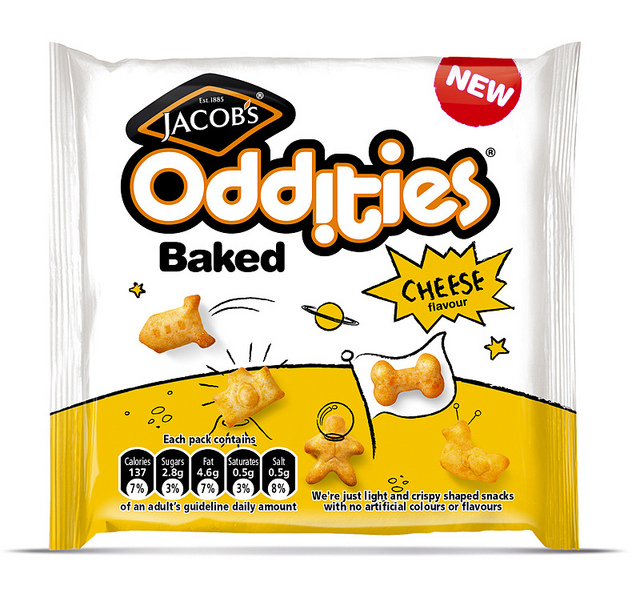 When I was contacted about taking part in a special Oddities national campaign, I was rather excited. Having a three year old can make blogging rather difficult in daylight hours, but taking part in projects he can also get involved in is always great fun. I explained the task to Joe first, telling him that we needed to create a picture before we could eat the Oddities. He agreed, whilst gobbling up a handful that he had already grabbed. 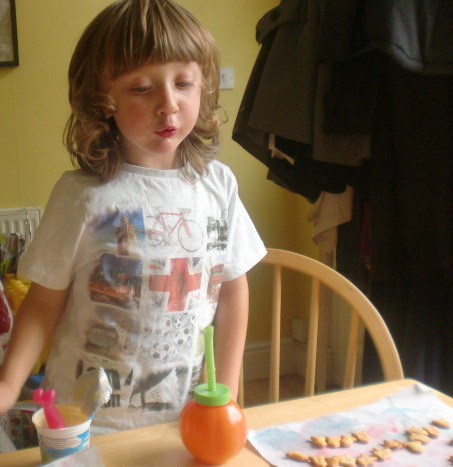 Joe loves Oddities because of all the different shapes that the snacks come in. At the moment he is obsessed with rockets, and so he decided his picture was going to be space and rockets. More specifically, he decided to  recreate his favourite CBeebies programme,  Rhyme Rocket, in savoury snack form. He found all the rockets from the bacon flavoured pack first and set them out on a background he had painted. Next he found all the little men, who he christened Professor Poet, Commander, Officer Ditty. All the other men were extra Professor Poets, Officer Ditty’s etc. 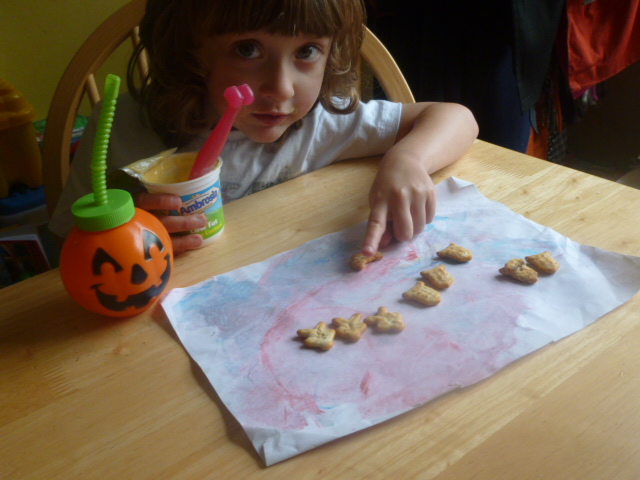 Finally we had used all the spaceships and little men to create our picture. I asked Joe what we should do with the bones, cars and other shapes we hadn’t used.  Have you ever had a child who has given you a look that makes you feel like a complete idiot? ‘We can eat them..’ he said. And so we did, and very nice they were too. 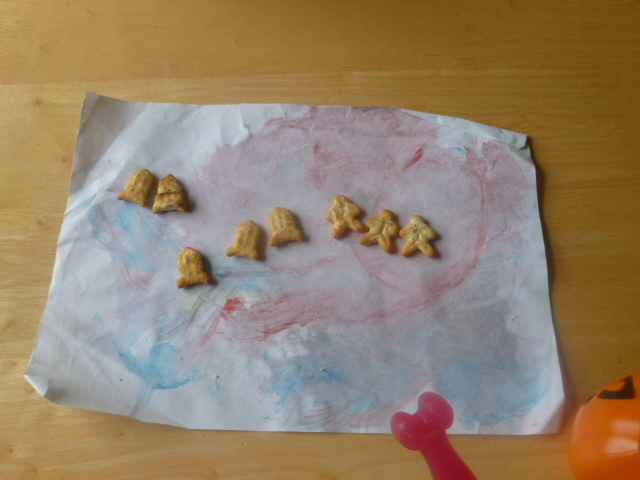 The picture is starting to take shape. 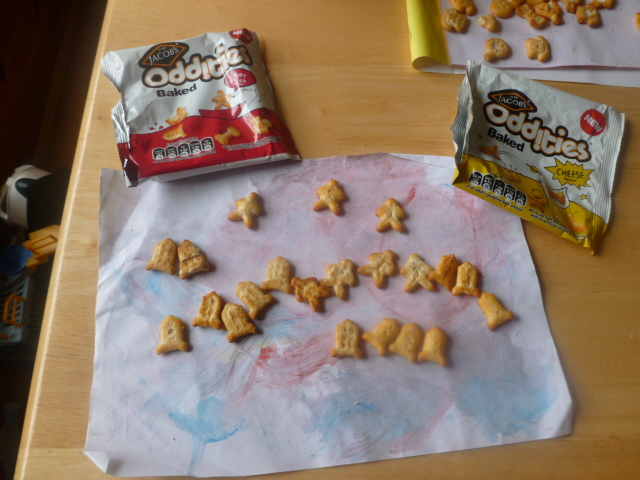 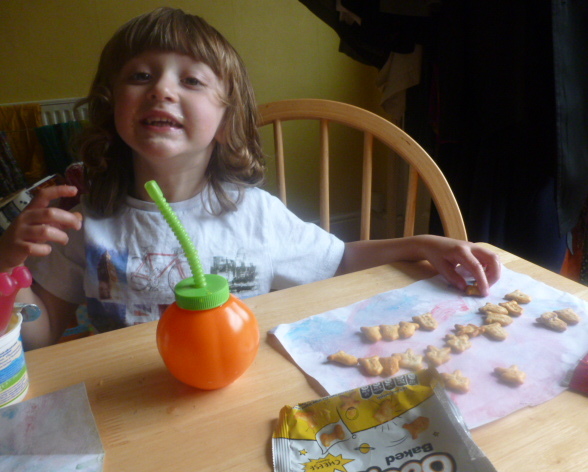 Happy with his creation 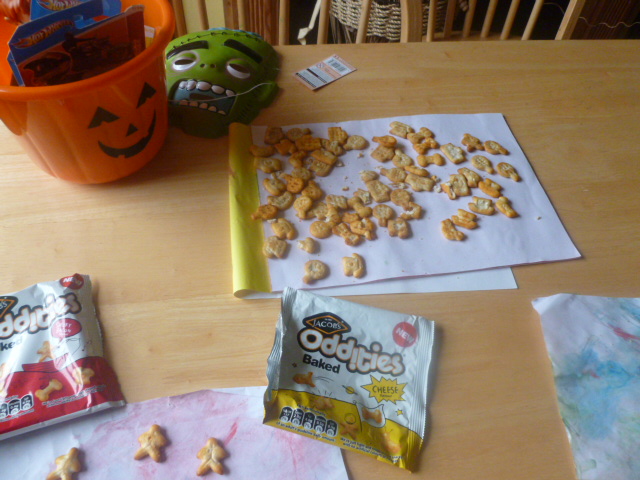 We ate these! Surplus to artistic requirements!