The famed National Theatre production of ‘One Man, Two Guvnors‘ arrived in Wolverhampton last night at the Grand Theatre, and delivered laughs by the bucketload. This funny, irreverent and often rude masterpiece promised a sort of pantomime for grown-ups, and that was exactly what the audience got. I’m fairly sure a lady sitting behind me literally screamed with laughter – yes, it was that funny. 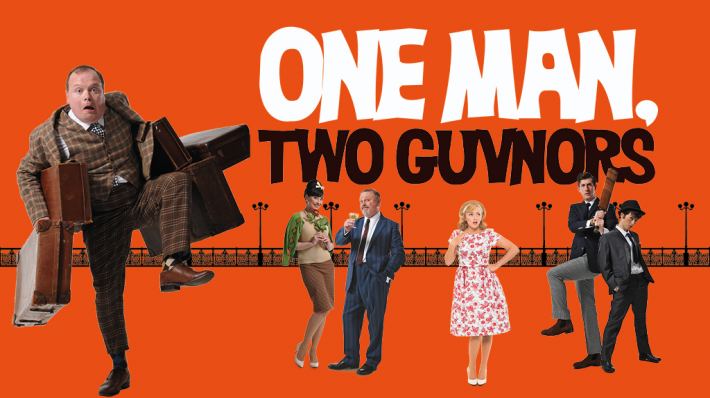 One Man, Two Guvnors starts with an engagement party in Brighton. Unfortunately this one has been hijacked after the intended, prospective bridegroom Roscoe was stabbed to death. Still, the sausage rolls have been ordered so why waste a perfectly good party reasons Charlie the Duck (the very funny Shaun Williamson). Unfortunately Roscoe comes back from the dead on the day of the engagement (or at least his twin sister does, disguised as Roscoe), bringing with him his new ‘minder’ Francis Henshall, a terminally hungry idiot who somehow manages to find himself in the employ of Rachel’s fiance Stanley Stubbers, who is hiding out in Brighton after killing Roscoe. Already in the employ of Rachel/Roscoe, Henshall finds himself in the position of being One Man, Two Guvnors. Mayhem and hilarity is ensured.

The cast are all superb. Gavin Spokes is a charming, ball of fun as Henshall, all cheeky one liners, pratfalls and slapstick that would make the comedians of silent comedy proud. He has a great affinity with the audience, making them feel part of the action from the start, as, in the grand tradition of panto, he brings members of the audience onto the stage to act as his stooges. (You are never quite sure if this has been set up or not, which makes it all the funnier.) 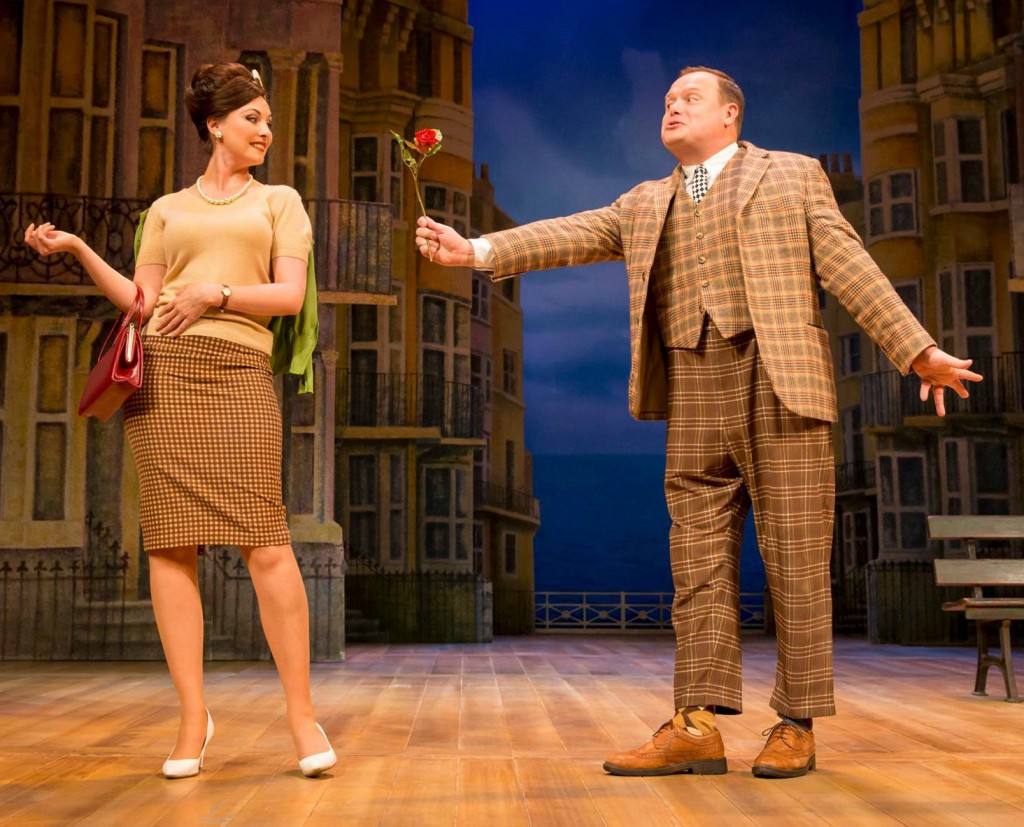 The Eastenders alumni are also great. Shaun Williamson has my favourite line in the whole play (I won’t reveal, but it includes a small dog, whilst Emma Barton and Jasmyn Banks are both brilliant, with  Emma revealing a fabulous singing voice, and Jasmyn a real talent for comedy as the very stupid Pauline.  But the whole play is stolen by the 87-year-old waiter Alfie (Michael Dylan), with his pacemaker turned up to nine as he attempts to serve the two guvnors dinner on his very first day. The whole waiter scene was a laugh out loud moment, which brings to mind the best of Michael Crawford as Frank Spencer, crossed with the always dangerous fun of Tom and Jerry.

With musical interludes from The Craze, great sets including ‘a pub that does food’, The Cricketers Arms, and one liners that come so thick and fast you almost miss them, ‘One Man, Two Guvnors’ is a real joy from start to finish.

One Man, Two Guvnors is at the Wolverhampton Grand Theatre until Saturday 21st March. Click here for ticket information.

5 thoughts on “One Man, Two Guvnors, Lots of Laughs”