There is one big elephant in the room that needs to be revealed before I write this post. I hate leggings. I have tried to like them, I got a few pairs in black to wear under shorter length dresses that I thought were a bit too indecent for me to wear with just tights, but frankly, I hated them. They wrinkled on my knees, seemed to roll off my tummy and just about drove me to distraction. My leggings were very quickly consigned to the recycling bin.

But when I was asked if I wanted to review a pair of thermal leggings from Heat Holders, I said yes very quickly. Why? Well, I’d reviewed Heat Holders thermal socks before and I’d been really impressed by how warm and soft they were. (read that review here.) The second reason was school run. It had become increasingly cold on the school run in the mornings, and as I was still insisting on wearing dresses, I needed to improve my level of warm layering. Thermal leggings seemed a great idea. 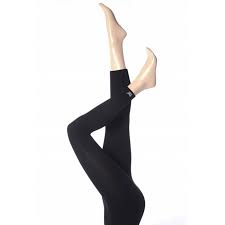 And I was right, Heat Holder thermal leggings are brilliant. The first thing I would say about them is that the top resembles a thick pair of tights rather than traditional leggings, so that is how I wore them. They were also not as thick as I expected them to be, not bulky at all, so actually perfect for wearing under dresses and tunics. But they were just so warm and toasty due to the softly brushed inner which helps to lock in warmth. I first wore them on a really windy day, and although I was cold in general, my legs were not, and because my boots would easily fit over the leggings, the look was still feminine. 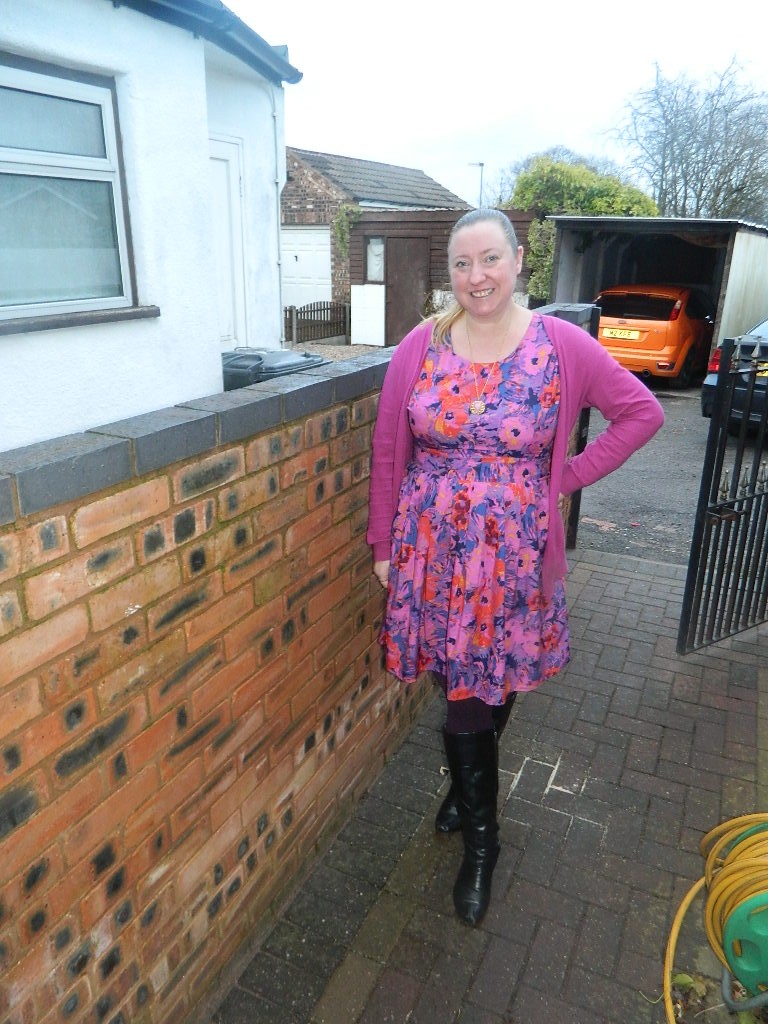 Wearing the leggings under a dress – just peering out from underneath. 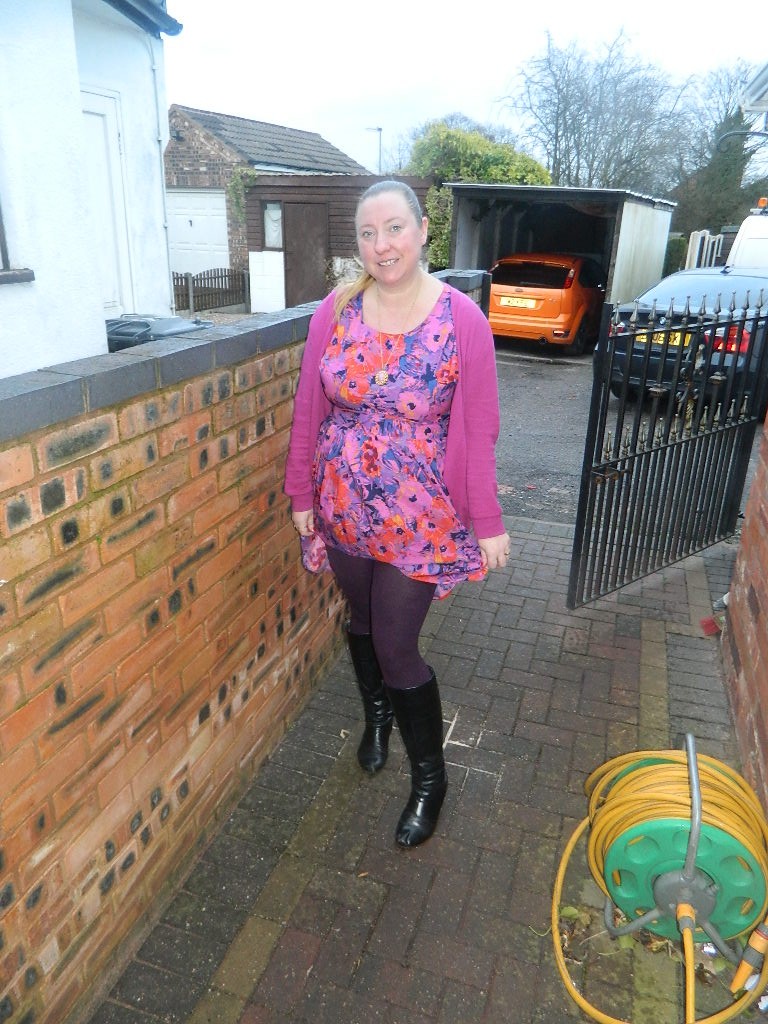 A bit of a Carry on Film pose to show off the leggings a little closer.

The leggings have so much to recommend them. They are stretchy enough to be comfortable to wear, and they do not roll down over the tummy, or wrinkle at the knees. (I spend a lot of time playing on the floor with my son so this is important to me.) I also love the fact that they are long enough to go right down to my ankles – I often find leggings come up too short on my legs – another reason I have hated them in the past. The plum colour was another plus point. I wear a lot of pinks and purple shades so these are a great match. I am now going to invest in a black pair which will be very versatile. 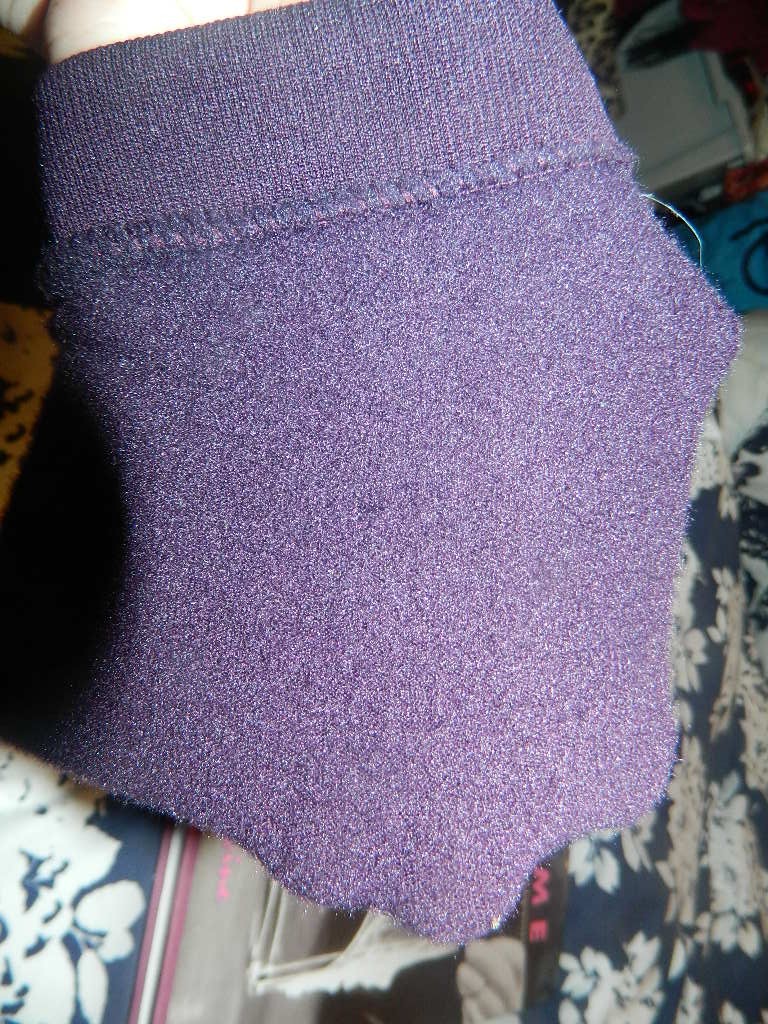 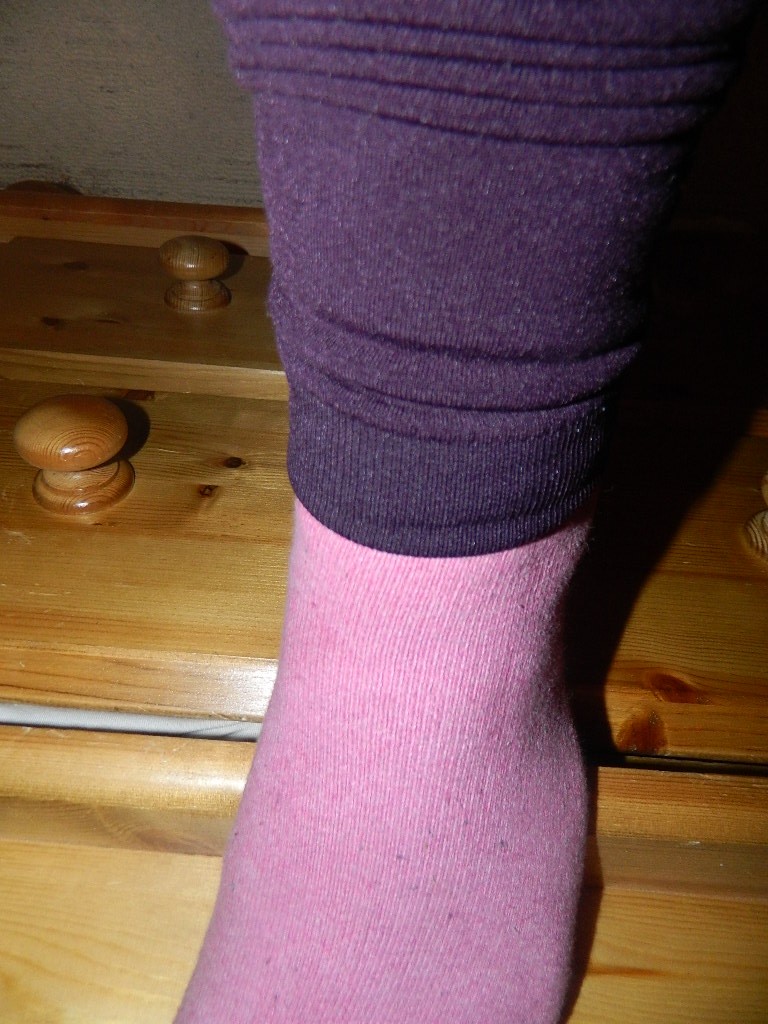 These leggings are long enough to reach to the ankles and contain plenty of stretch.

These leggings are just perfect for anyone who spends time outdoors, whether it be working outside, watching children playing football, doing the school run, or just taking long walks on cold winters days. They retail at just £8, which I think is really reasonable for such a great product.