I often take my six year old Joe into Birmingham, either to visit museums, or currently to hunt for owls. A trip to Birmingham always includes food, but, if I’m honest, Strada is not usually my first choice. But this is about to change with the launch of a new Strada Kids menu that offers delicious choices that are a world away from the ‘chicken nuggets and chips’ options that kids are so often offered.

To celebrate the launch of ‘The Strada Squad Menu’ I was invited to bring Joe to a special tasting session at Strada in Birmingham’s Mailbox. The idea was that Joe could sample some of the dishes on the new menu, and, even more exciting, he would have the opportunity to make his very own pizza with the Strada chef. The menu has not only been designed with children in mind, it has also been judged and approved by a panel of children, ranging from Will, who is 5, to Izabella who is the oldest of the panel at the grand old age of 9. 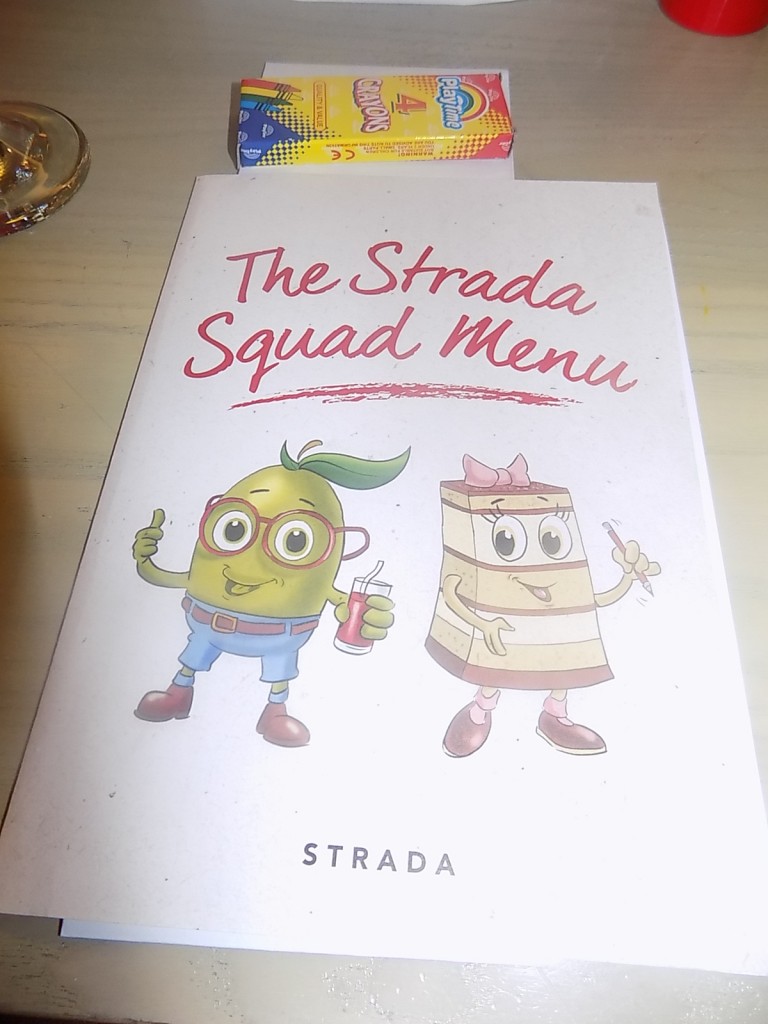 We arrived at Strada and the adults enjoyed a glass of fizz whilst the children got involved in decorating their chefs hats. Strada is a glamorous, modern restaurant, but the children were not out of place, lots of effort had been put in to make the area child friendly. The children’s menu itself opens out into an activity sheet, and the new characters, Ollie & Tara-Misu are cute and pleasing for younger diners. 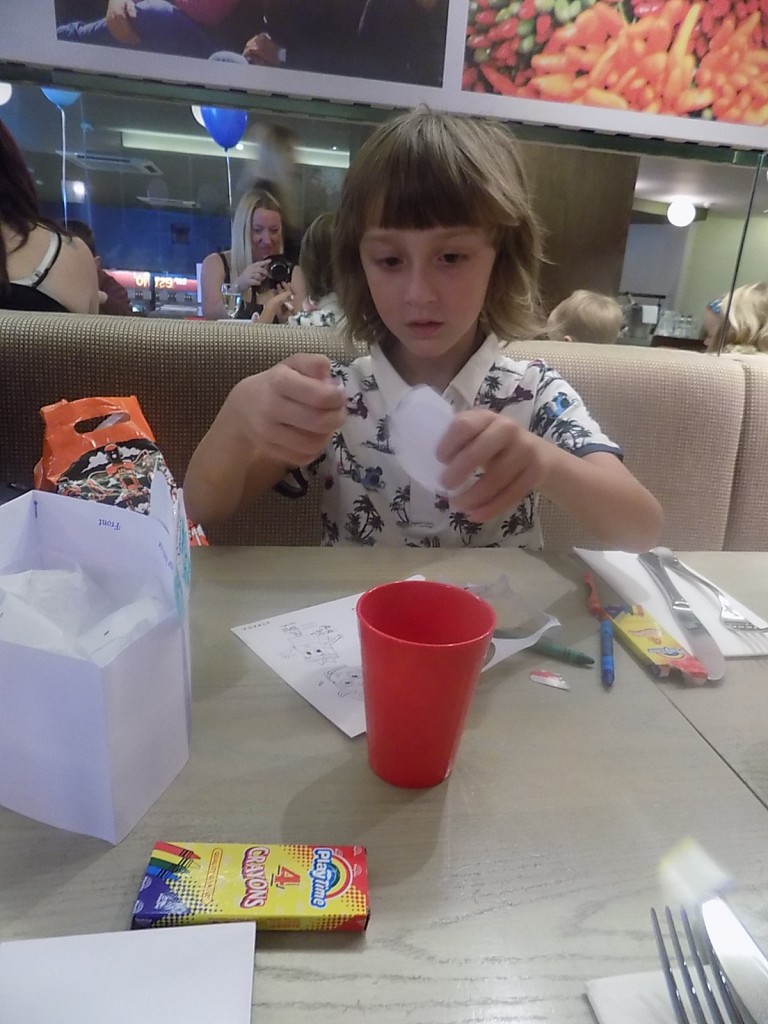 Once the chef’s hats were ready, the children were presented with a Strada apron and began the task of making their own pizzas. The Strada chef demonstrated how to spread the tomato sauce evenly and then add the toppings, and the children got stuck in, having fabulous fun in the process. Joe opted for cheese, ham and pepperoni, but there were a myriad of toppings to choose from, so every pizza looked completely different. The Strada staff were really patient with the children and the event was well organised – every child received the correct pizza and looked so proud when they arrived. 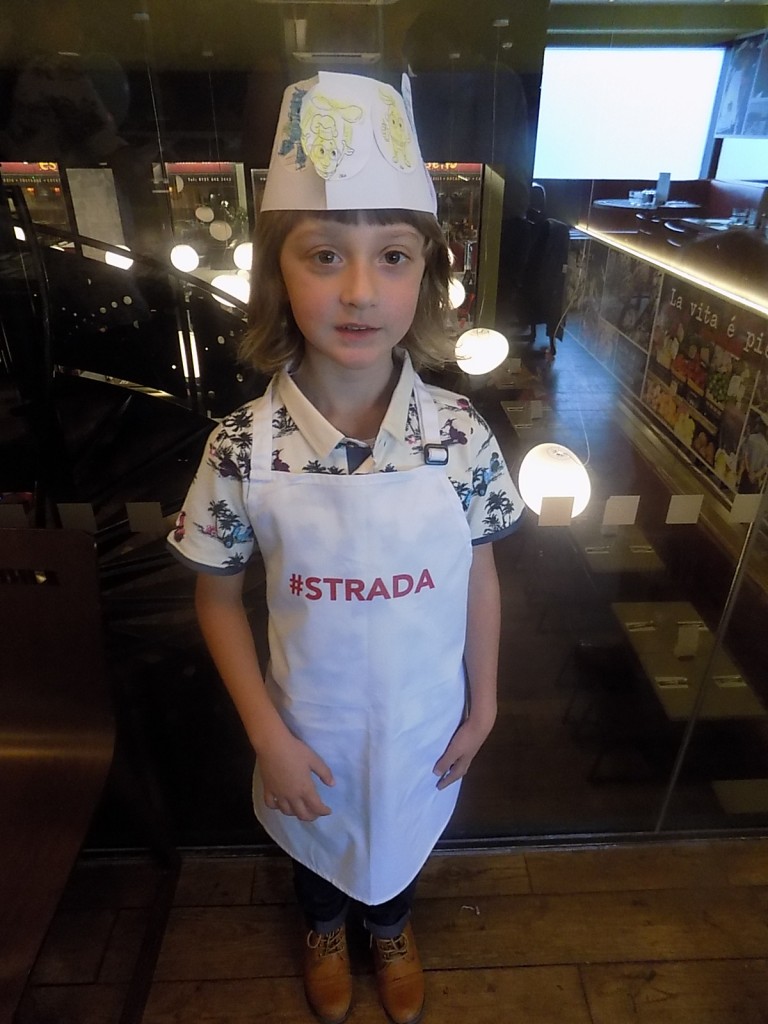 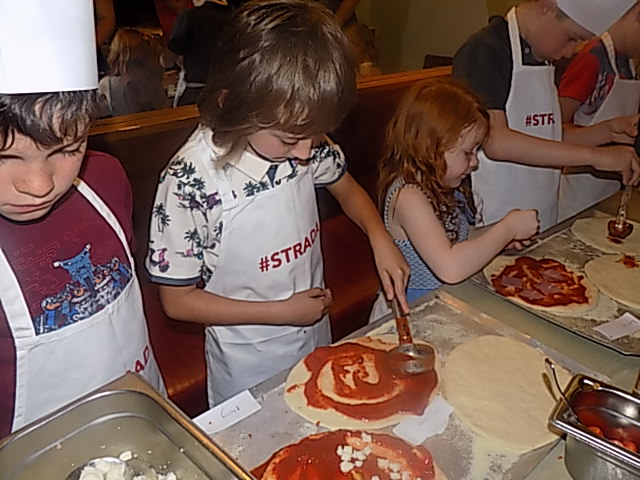 The children get stuck in. 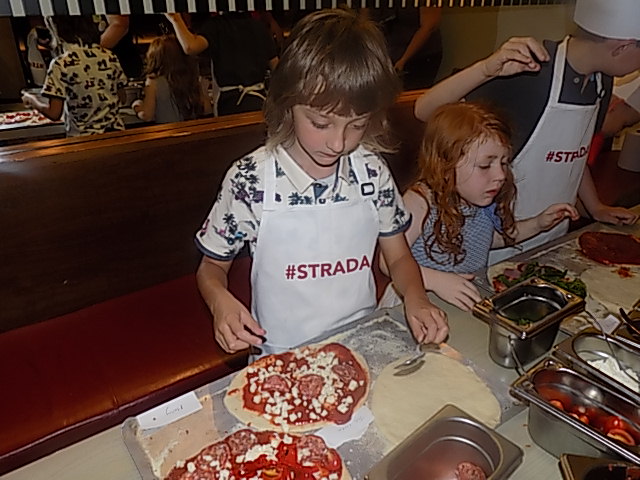 As well as pizza, a selection of starters were also available to sample. The garlic flatbread was very tasty and was a popular choice, whilst Joe enjoyed the carrots that were part of the veggie dippers, but was not so keen on the tomato sauce. There were also starters from the adult menu – Tomato and Ricotta Bruschetta which was packed with tomatoes, and Melon and Parma ham which was rather delicious due to the sticky balsamic dressing. 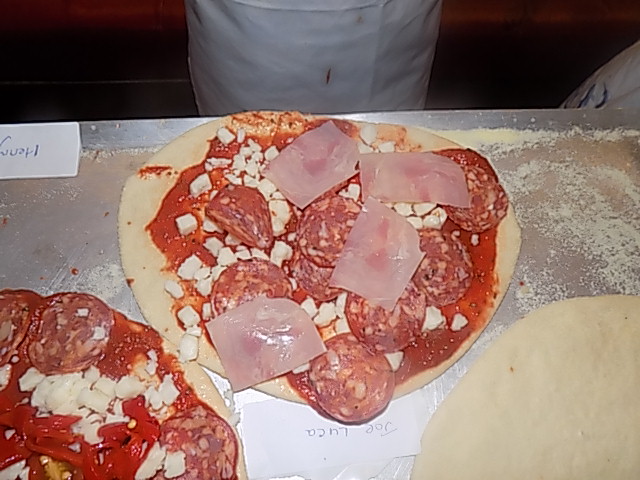 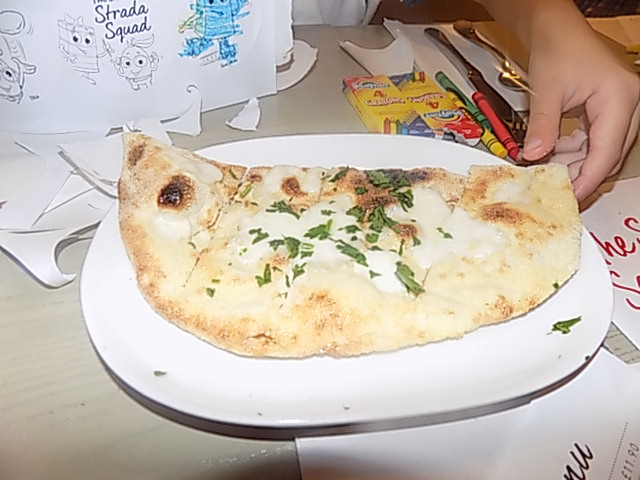 The food was plentiful and continued to come. The mains on the Strada Squad menu include Rigatoni Pomodoro, Seasoned Vegetable Risotto and 6oz British Steak. Joe had opted for Chargrilled Chicken, and this was delicious, a lovely smoked chicken which he chose to have with fries that had been seasoned to perfection. All mains can also be accompanied with a side salad to make a truly healthy option, but most of the children seemed to be enjoying the chips! 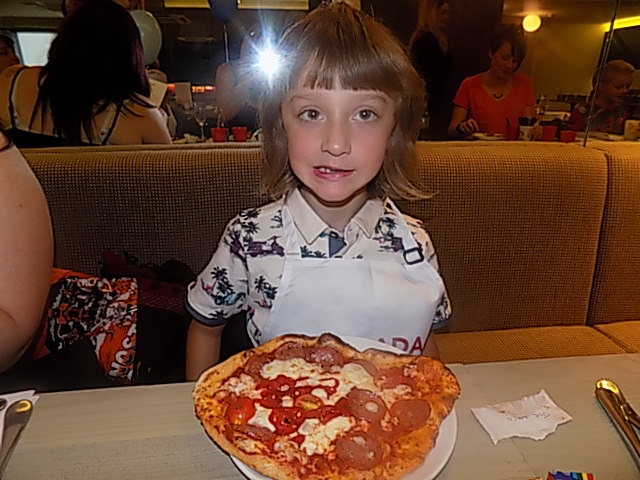 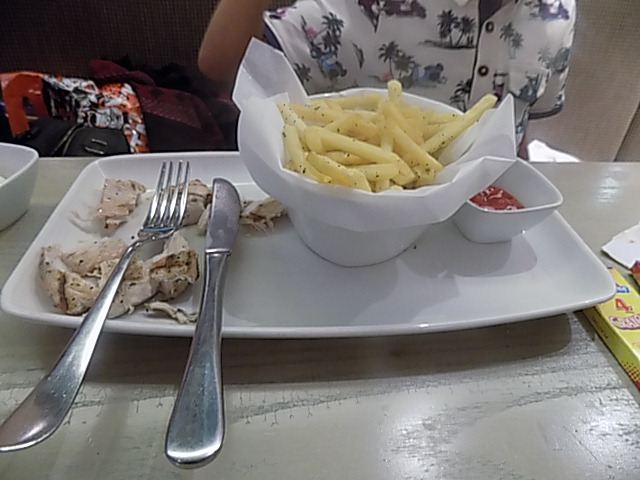 The Strada Squad menu is a really good idea, and with any starter, main course, drink and dessert coming in at just £6.50, this is also a good value option too, especially when combined with an adult set menu which has two courses for £9.95. It certainly makes for a really nice dining experience that is a cut above the average MacDonalds lunch.

*With thanks to Strada Birmingham for the invitation.