There was only one choice for style icon of the month for June – beautiful bride and glowing bride-to-be Lily Allen. I have been a fan of Lily’s style since I saw her at Glastonbury wearing a multi-coloured ball gown and hi-top trainers. She had that eclectic mix of vintage and street style that made her look totally original. I was a fan of her Lily Loves collection for New Look (Still have two dresses in my wardrobe), and just thought she was a total one-off, an English eccentric.

Lily’s style has grown over the years, she has developed a penchant for Chanel and for vintage dresses and pieces. She has left the music industry for the time being, and is concentrating on what is turning into a vintage clothing empire, ‘Lucy in Disguise’. With sister Sarah, this month has seen the launch of her vintage inspired collections in Harvey Nichols stores nationwide, with Lily wearing key looks from the collection.

This month has also  seen Lily’s wedding featuring not one, but two, vintage style wedding dresses. The main dress was a beautiful 1920’s style lace creation by french designer Delphine Manivet, whilst the evening bought a medieval style number by Karl Lagerfeld. Both were exquisite in their styling and detail, and I loved the Juliet style veil she wore.

Lily took a honeymoon in Paris, where she covered her bump in classy fashion with a large Chanel bag, and then took in a Louis Vuitton show wearing leopard print. That’s my idea of a honeymoon.

Here are some key looks from Lily’s month. 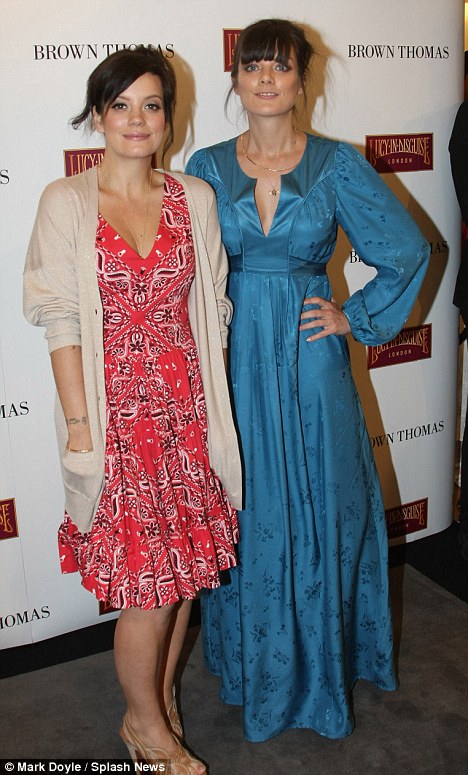 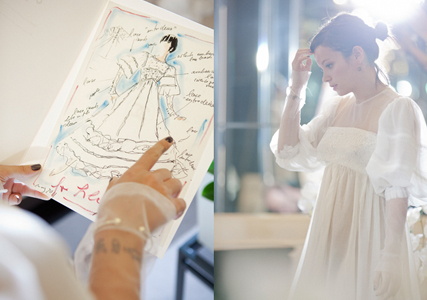 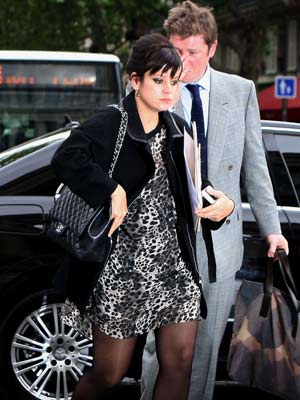 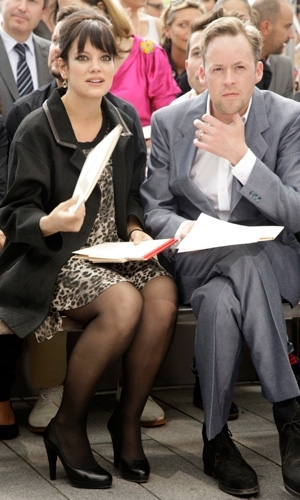 According to a poll by MyCelebrityFashion.co.uk , Pippa Middleton has the style we would most like to steal.  Taking the crown from poor Cheryl Cole (who seems to be loosing everything these days!), the Pippa effect has seen Kate’s little sister go from little known girl about town to a style icon whose High Street style is now being much copied and commented on.

Unlike Kate, whose appearances since the wedding have been limited to just two glimpses (one of those being in Waitrose!) Pippa has been a highly visible fashion force. Nicknamed ‘Her Royal Hotness’ by the press, her high-end High Street wardrobe, featuring clothes from French Connection, Reiss and Zara, has been a big hit with girls worldwide.

This last week, Pippa has shown that she has her finger on the button when it comes to this seasons trends. Last week she was photographed in a colour blocking dress from Zara and  a gorgeous colour pop top in deep coral. 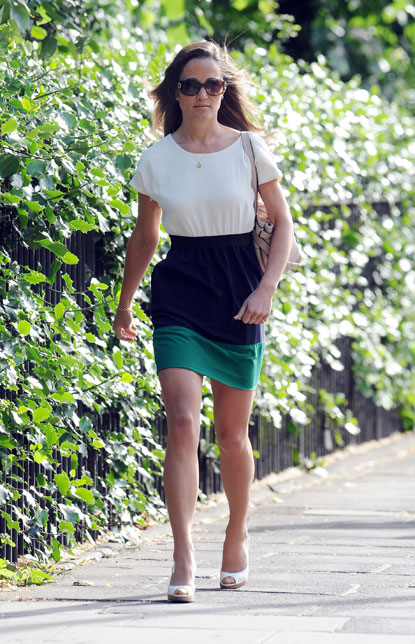 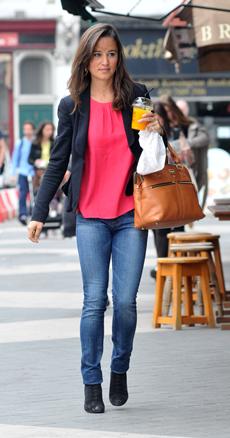 This  week Pippa has been enjoying the sights and sounds of Paris, including Rafa Nadal at the French Open, and all eyes have once again been on her wardrobe. She was spotted centre court wearing a cute dotted skirt with the ‘wear everywhere’ t-shirt. T-shirts have been a big trend this season thanks to Jil Sander, who has teamed them with everything, including long evening skirts.

This evening Pippa was spotted dining out in Paris wearing another cute mini skirt, with Tory Burch flats and a neat tailored blazer.

With rumours of a Glee tribute and a spot on Oprah’s new venture, it seems that Miss Middleton’s easy chic is here to stay. That role as a royal bridesmaid could be the most lucrative one Pippa will ever carry out!

Kate Moss: I’d like to be Lady Kate – Telegraph.

She’s known for  being the silent supermodel, seen but little heard, so when she does talk, we listen.

Kate Moss tells us about how much she loved the Royal Wedding, what she thinks of Kate (beautiful!), and why she doesn’t think she is an icon (Elizabeth Taylor is an Icon…).

Read the complete interview at The Telegraph. 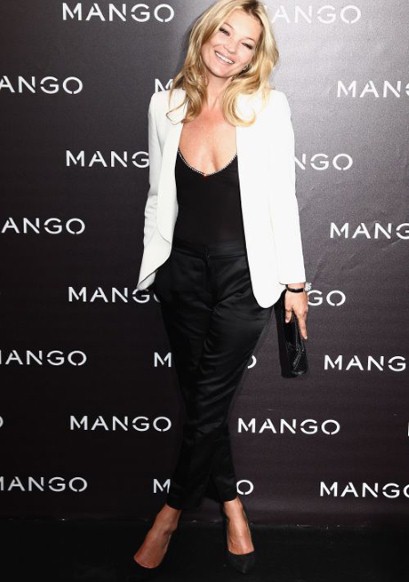