If I could choose a time to go back to, the Las Vegas 1960 would be where I would head. The Rat Pack were in town to film Oceans 11, and Frank Sinatra, Sammy Davis Jr and Dean Martin were playing to packed houses at the Sands Hotel. Their blend of unforgettable songs, dance and chat, complete with a bar on stage, was the show to see, and the front row was often packed with the likes of Marilyn Monroe, Kim Novak and Lauren Bacall. It was the height of glamour, and is brought to life in wonderful style by The Rat Pack show that is currently showing at Birmingham’s New Alex Theatre. 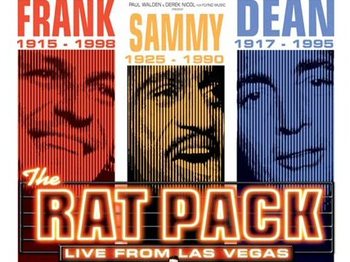 The chairman of the board, aka, Mr Sinatra is Garret Phillips, and it is uncanny just how like Sinatra he is. The vocals are note perfect, with songs like ‘You make me feel so young’ and ‘I’ve got your under the skin’ literally sending chills down my spine, they were so good. Phillips is undoubtedly the leader of the pack, and is smooth with his one liners, but there is also a real sense of camaraderie with his co-stars. 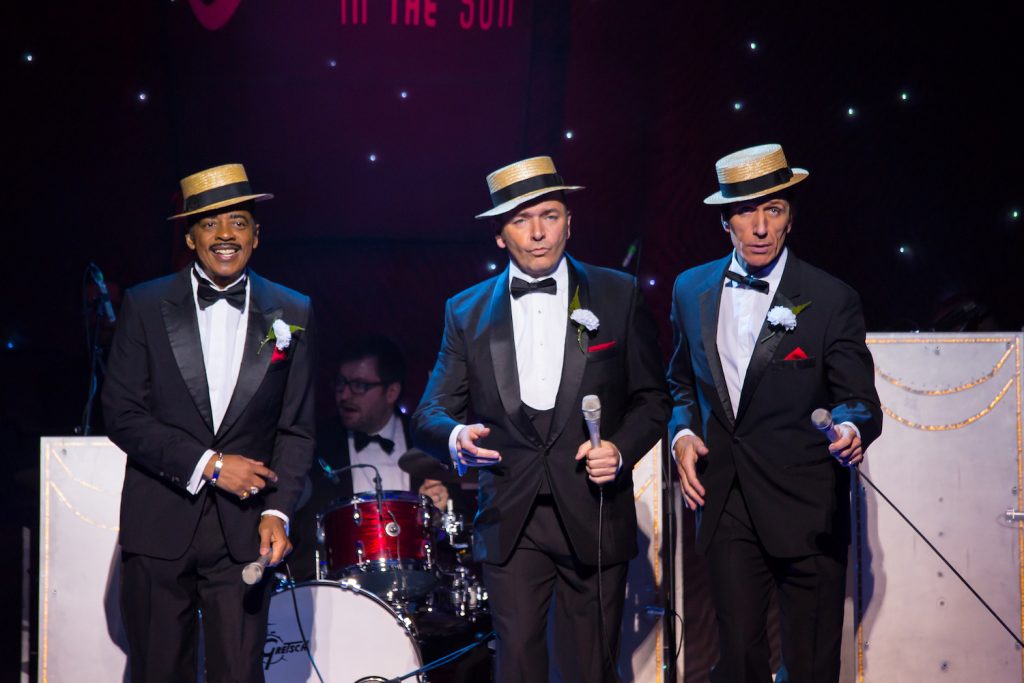 Sammy Davis Junior is played by Darren Charles, who, like the man himself, is a real pocket rocket, a bundle of energy who is both charming and funny, but also a formidable song and dance man. I adored Mr Bojangles, for me Sammy’s best song, and Charles performs it with sass and verve, but also with pathos. It is simply wonderful.

Completing the male trio is Nigel Casey as Dean Martin, playing the laconic leading man perfectly. His Martin sings like a dream on all those classics – ‘Volare’, ‘That’s Amore’ and ‘Everybody Loves Somebody’, and he also plays up that notorious (and actually false) drunk act in an amusing, winning manner. 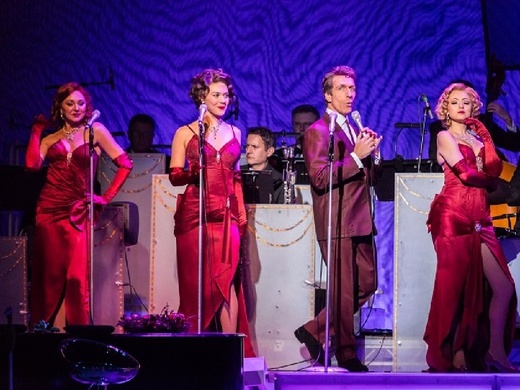 Almost stealing the show with a tour de force performance is Nicola Emmanuel as Ella Fitzgerald, who performs a storming solo version of ‘Night and Day’ as well as a stunning duet with Phillips on ‘The Lady is a Tramp.’ Emmanuel is a powerhouse, her performance is brilliant and lingers in the memory long after you have left the theatre.

The Rat Pack is supreme entertainment, particularly for anyone with a love of the swing sound. Any show that ends with the trio of ‘Mack the Knife’ ‘That’s life’ and ‘My Way’ can only be brilliant, and this is.