Since the launch of her last collection for Topshop, it had been fairly quiet on the Kate Moss front. There were lots of stories abounding around what Kate would do next, with stories of making an album and opening a modelling agency amongst them, but from the lady herself, silence! When the Spring/Summer ad campaigns hit the glossy mags in Early January, the Daily Telegraph was amongst those who highlighted a distinct lake of Moss in the most recent ad campaigns, and talked of the demise of Moss as one of the fashion worlds most famous and fabulous muses.

But people should know by now that you write Kate Moss off at your peril. And January has shown that she is back with a vengeance! Kate has been a highly visible part of Paris Couture week, and has also featured in a highly controversial magazine cover, has taken over from Gisele as the face of a top sunglasses company, has featured in another controversial shoot for Italian Vogue with a film currently all over the internet, and has writhed with cartoon snakes for Balmain. In addition to all of this, she has celebrated her birthday, an event that is always deemed newsworthy thanks to the infamous celebrations that have occurred during this event in past years!

The shoot for Italian Vogue’s January issue showed a dark-haired, amazing looking, Kate in a series of very sexy poses. Kate was shown in various states of undress, posed in some industrial settings and also in a kitchen, with stockings and suspenders on show. They were shot by Nick Knight, and were also accompanied by a mini film which seemed to show Kate as a prostitute, displaying her wares for a potential client.

In addition to this sexy shoot, Kate has also been filmed for Balmain, writhing on a sofa whilst an array of cartoon snakes slither all over her.

Kate has also become the new face of Vogue sunglasses, replacing Gisele Bundchen in this campaign. Mario Testino took the photographs for this brightly coloured, 1950s style shoot, and Kate looks fabulous, showing that many of indeed been guilty of writing her off too soon. 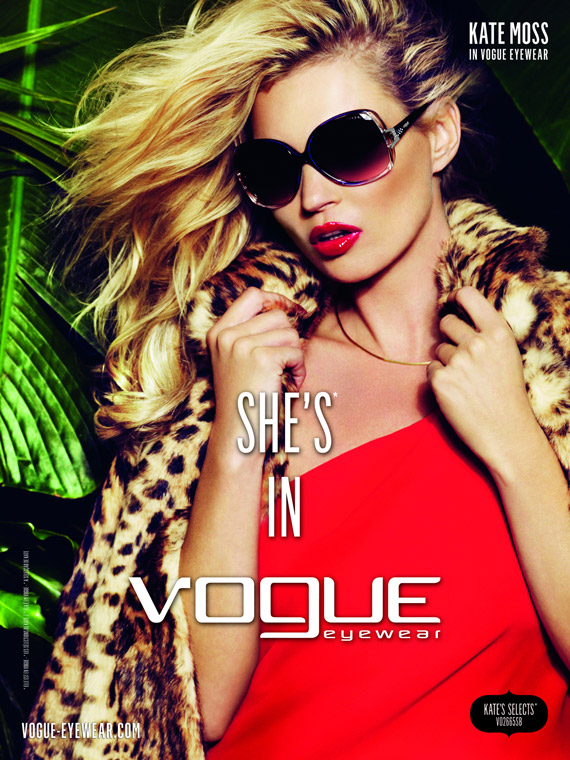 Love magazine has this month featured Kate on its front cover. The controversy has followed because Kate is pictured kissing transsexual model Lea T, with the tagline – This is Hardcore. 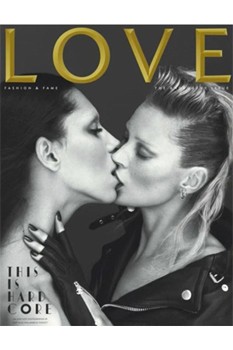 Kate has been a highly visible presence at Paris Couture week, She has been photographed on the front row at the Etam lingerie show, sitting with Charlotte Casiraghi, whilst watching her boyfriend/husband? Jamie Hince perform with Mark Ronson, attended the show of her friend Stella McCartney wearing emerald-green leather, positively endorsing the view that this is the colour de jour this season, was seen on a series of shopping trips around Paris, wearing her trademark tiny shorts, and has also been partying with friends like Alexa Chung, showing that a 37th birthday has not slowed down the legendary party animal. 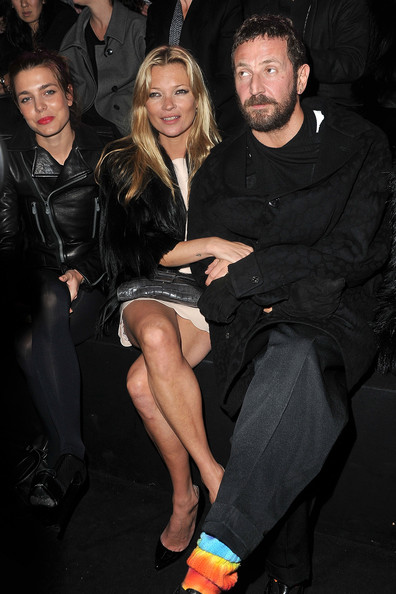 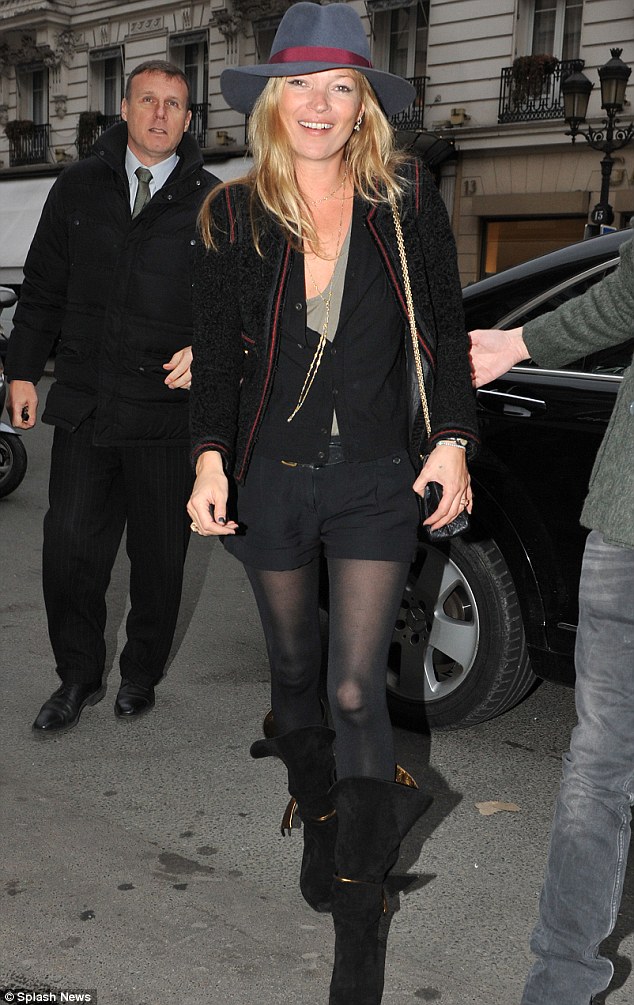 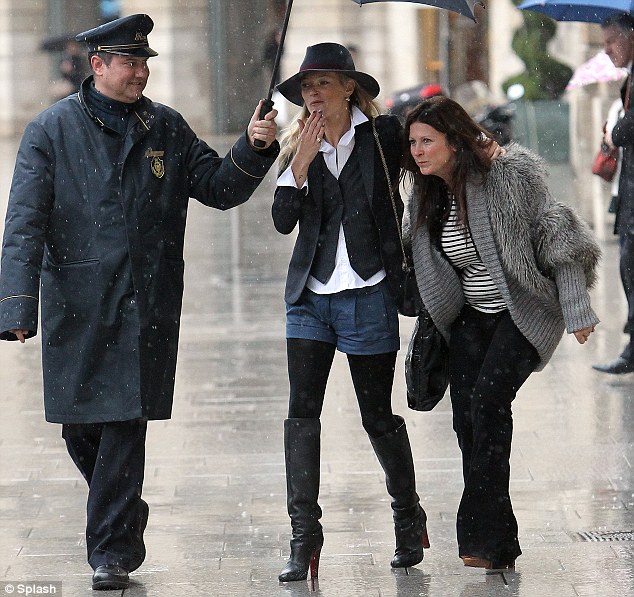