A new year means the start of the award season, (cue much excitement from moi, who LOVES ‘Live from the Red Carpet’ more than life itself.) First up was The People’s Choice awards. A great turn out of stylish celebrities to peruse including Emma Watson, Lea Michele and Taylor Swift promised some interesting choices to discuss, and they disappoint, although some choices were definitely more successful than others.

There are too many dresses to discuss them all in detail, so I am just going to show you a few that I thought were just gorgeous, and a few that I would’ve frankly passed on.

Would love to know who your fave of the night was.

If you needed any further proof that Harry Styles is a bit of an idiot, then Taylor Swift, looking like an absolute blonde goddess in a stunning white gown by Ralph Lauren   proved it. Whilst he was having a bit of fun with a floozie in a Jacuzzi, Taylor was playing to perfection her role as one of the biggest female stars in the World. Best revenge dress since Princess Diana in my eyes. 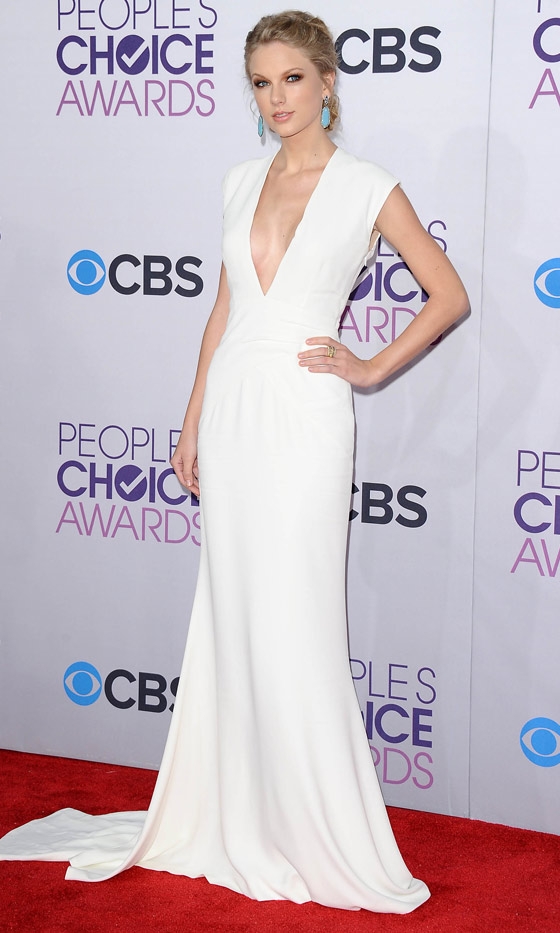 Most improved has to be Rumor Willis. I don’t think she has ever looked better than in this sizzling sequined dress by Alice+Olivia. The column style really suited her figure, and she looked groomed and pretty. I loved this look. 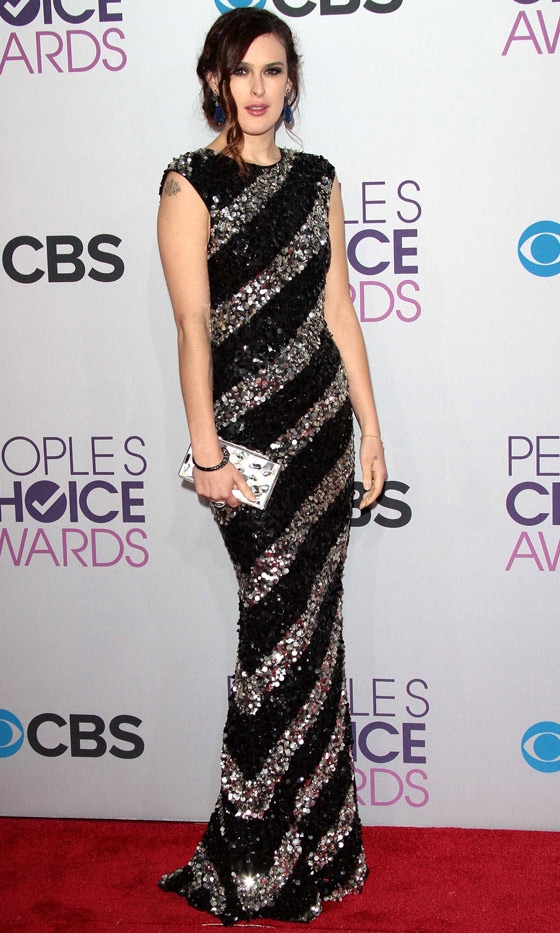 Brittany Snow went for a buttercup yellow Grecian style dress from Maria Lucia Hohen. The style was simple and elegant, and minimal accessories worked a treat. I would have liked the dress to be a tad longer, but that is a minor detail, and overall, this was a great look. 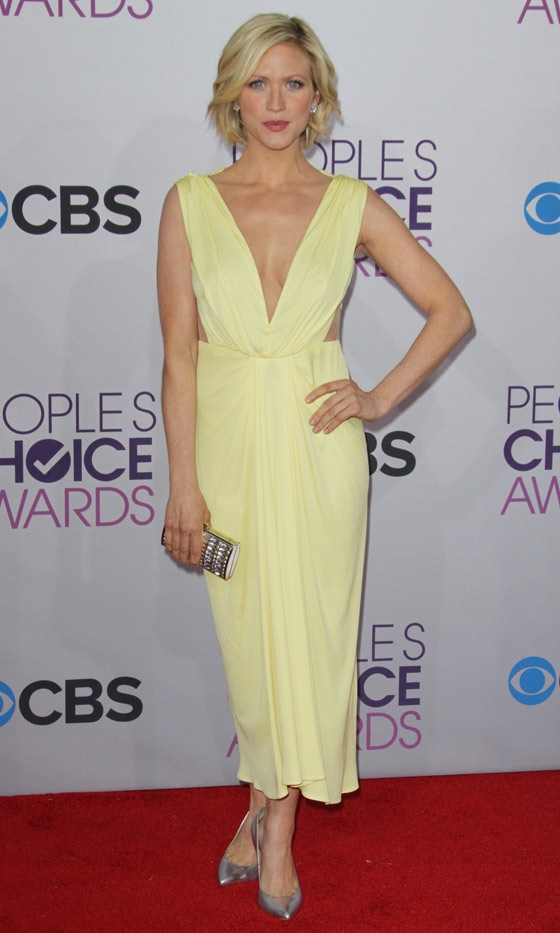 Ellen Pompeo showed that a beautifully cut Lanvin dress can never be wrong, and this particular dress, which looks like a Tilda Swinton pick, just looked cool and beautiful against an array of sequins. Totally in love with this dress.

I’ve loved a glitzy, Carlito’s Way style jumpsuit as a Red Carpet alternative to the evening dress after seeing Rose Byrne at last year’s Golden Globe Awards. Katie Cassidy took up the mantle at The People’s Choice, and whilst not in Rose’s class, this was a great look, definitely one of the best on the night. 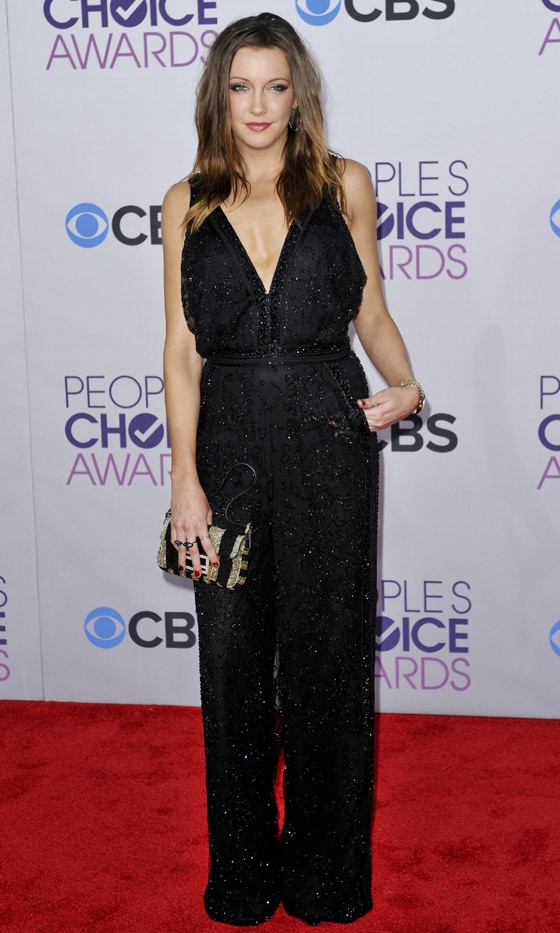 And the ‘Oh Dear’ awards

Jennifer Lawrence is totally gorgeous, with a knockout body, so why did she decide to wear a dress that would be too old for Joan Rivers, yet alone a hot girl barely out of her teens. The sequinned cabaret number is, unbelievably, by Valentino. I hope for much better things from the usually impeccable Lawrence on Sunday for the Golden Globes.

Gorgeous girl. Fantastic actress. And usually a style icon. But boy did Emma Watson make a terrible choice with this Peter Pilotto number. Such an ugly dress. 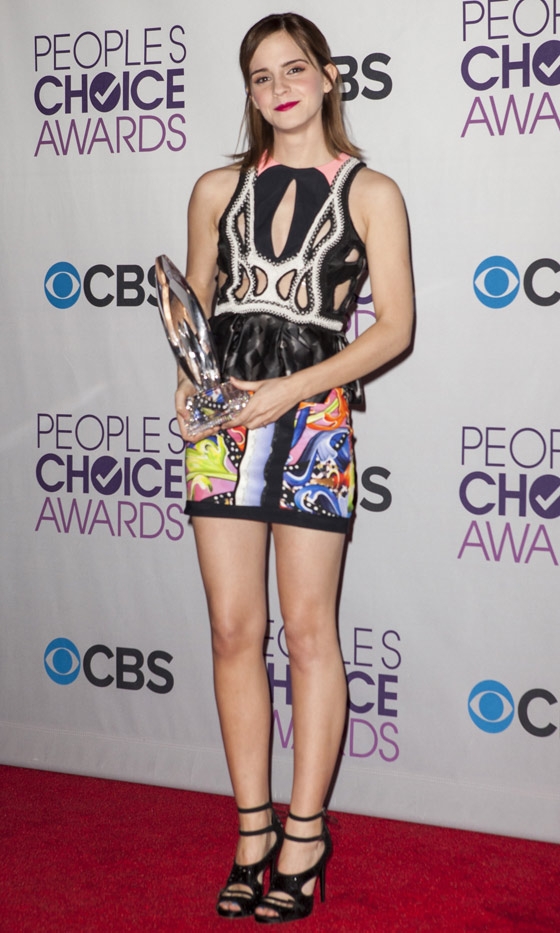 Whose look did you admire?