Christmas is on its way. With just over eight weeks to go, I am starting to get very excited. But whilst the presents and the tinsel, the turkey and the trimmings, all hold that most wonderful fascination, the reality of the escalating cost of Christmas is a less pleasant thought. But there are ways of keeping the cost down. Voucher Code websites have been some of the most popular sorts of sites on the internet in recent years.  They are a worldwide phenomenon, with sites across Europe. North America and Asia. In recent years India has also been getting in on the act, with Myntra Coupon Codes in particular being a big draw for those looking for savings. 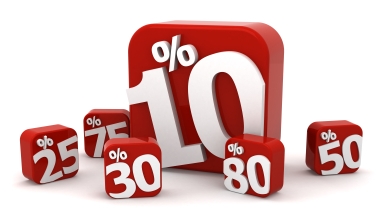 I have compiled  a short list of ways you can make the most of voucher and coupon codes sites to make the best savings this Christmas.

Most voucher and coupon code sites have daily or at least weekly newsletters which allow you to keep up-to-date with the most recent offers. These usually include all the current sales, offers and discounts from the best of the High Street and top online brands, but also usually feature smaller brands and independent stores.

Check if your codes can stack up

Sometimes you can use a code for money off AND a code that offers free or reduced delivery at the same time, enabling you to make further savings. In the same way it is worth checking if a ‘20% of everything code’ also refers to items that are already in the sale. Sometimes it does and that can help you to grab real bargains.

Watch the dates on codes

We’ve all had it happen to us. We see a good code that we want to use, but then let it run out and end up buying the item at full price. Grrrrr. Check the expiry date on your code, then use it before it runs out.

Remember – All these savings add up.

The latest Disney on Ice show hit Birmingham last week, with a special VIP performance at the NIA. Disney’s Dare to Dream is a celebration of the most magical of Disney characters, the Fairytale princesses, with particular emphasis on four of those lovely ladies. A show full of sparkle and magic, ‘Dare to Dream’ charmed even those hardest of hearts with glitter, romance and utterly enchanting ice dance.

Before the show Joe and my niece Lia were thrilled to meet the very beautiful Tiana from The Princess and the Frog. Her exquisite gown was a lovely taster of what was to come, with fabulous attention to detail measuring the Disney ideal. And then it was off to the show.

The show begun with an energetic, 1920s style dance from The Princess and the Frog. I have to admit to having never seen this Disney film, but the New Orleans jazz setting gives this a rather more grown-up feel, and with the additional of Scott Joplin style ‘ragtime’ and the procession of impossibly bright and beautiful costumes, this was a great upbeat start to the show. 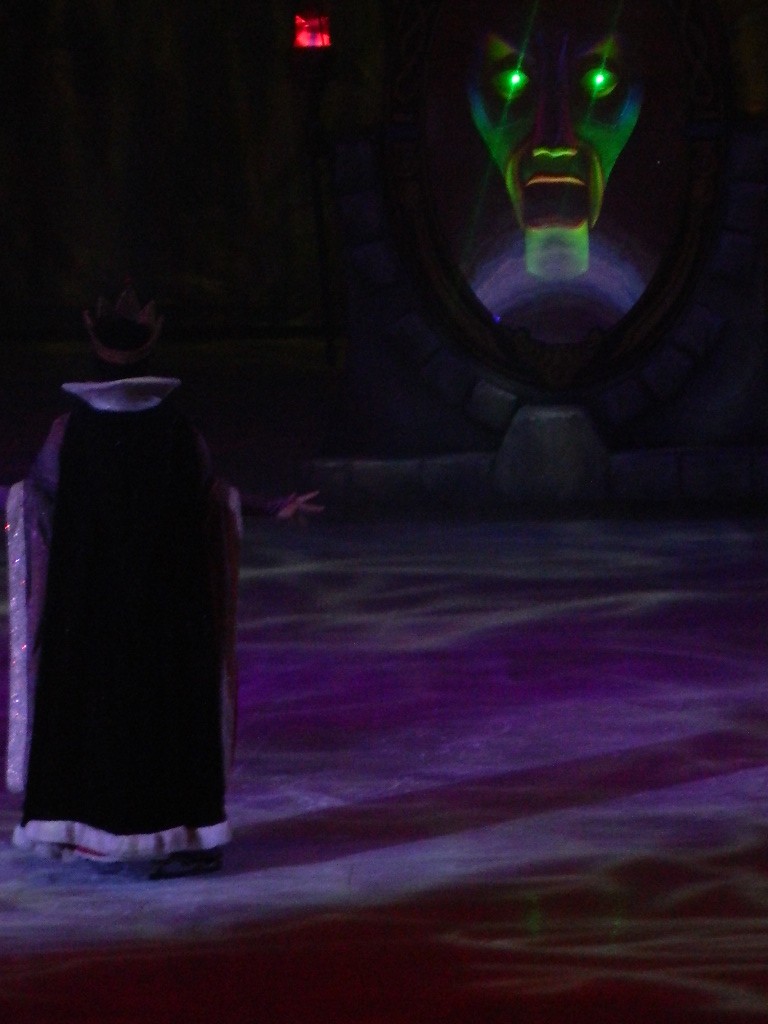 The mood changes considerably with the introduction of the next vignette, and one of Disney’s most evil woman. The Wicked Queen from Snow White was suitably dark and sinister, and her mirror, complete with hologram face and flashing eyes was actually quite scary, especially for younger children. In fact, poor Joe had to be taken out in tears at this point. On the other hand, my niece, who is almost ten, thought the mirror was pretty amazing. Of course, once the Dwarfs were introduced, the mood lightened, and this proved to be a favourite part for most of the younger children, thanks in no small part to the undeniably adorable Dopey. 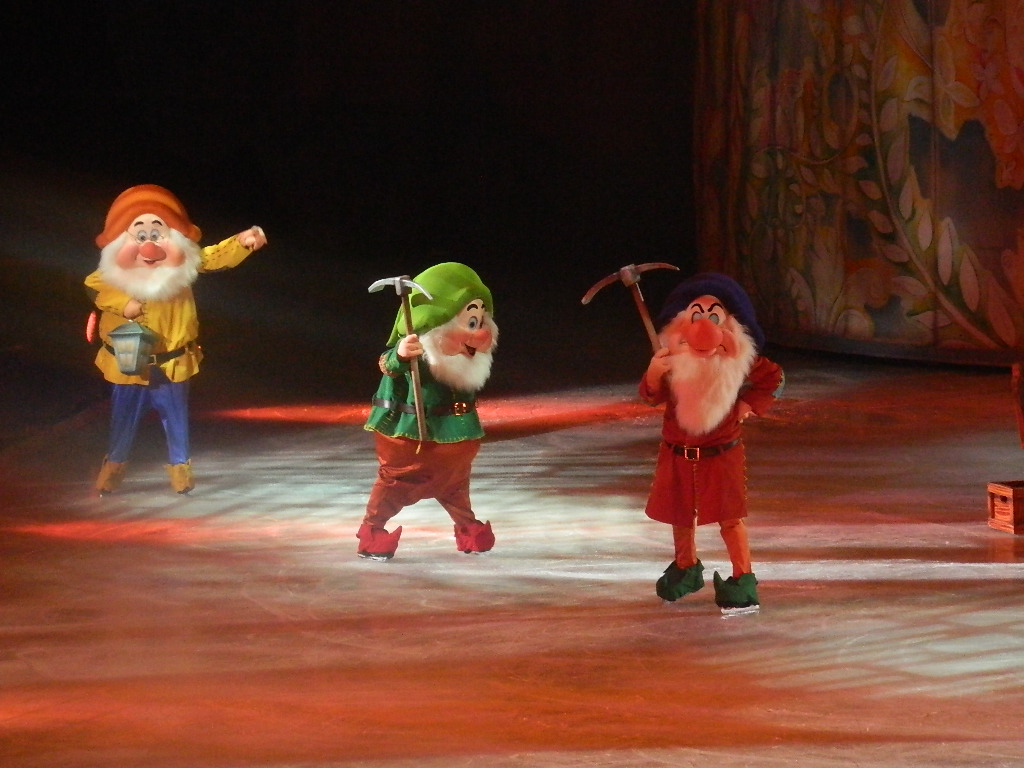 We next moved onto Cinderella, one of the most beloved of all Disney Princesses, and I think this was possibly my favourite part of the whole show, simply because of how the children in the audience reacted to the magical appearance of the golden carriage. 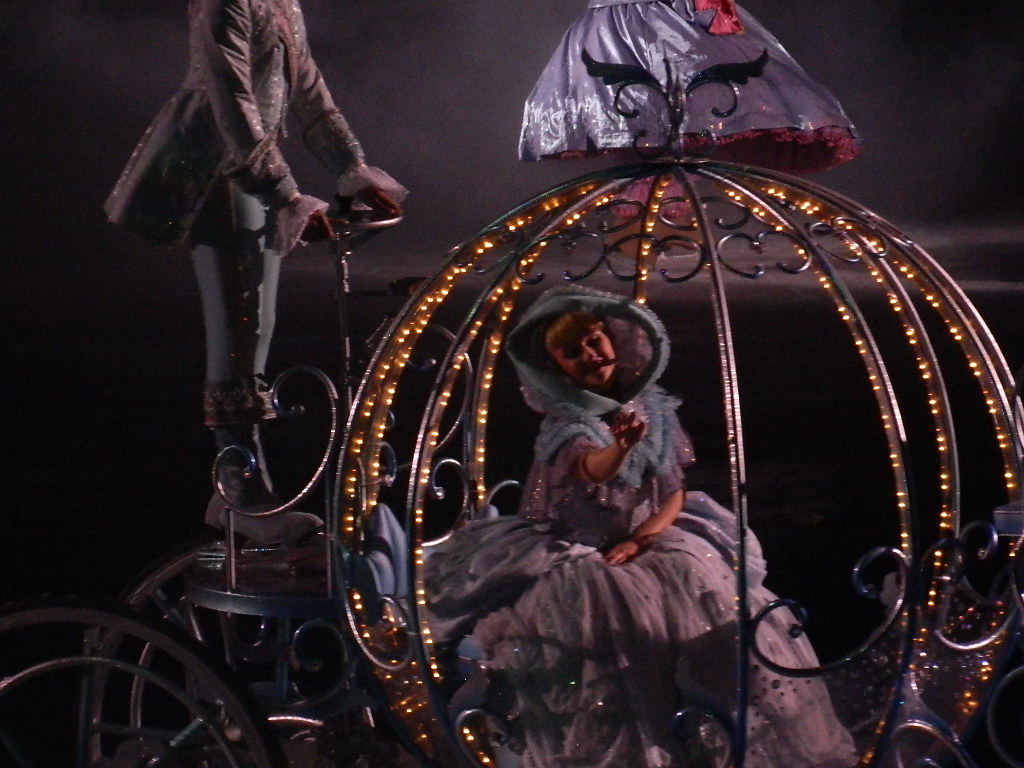 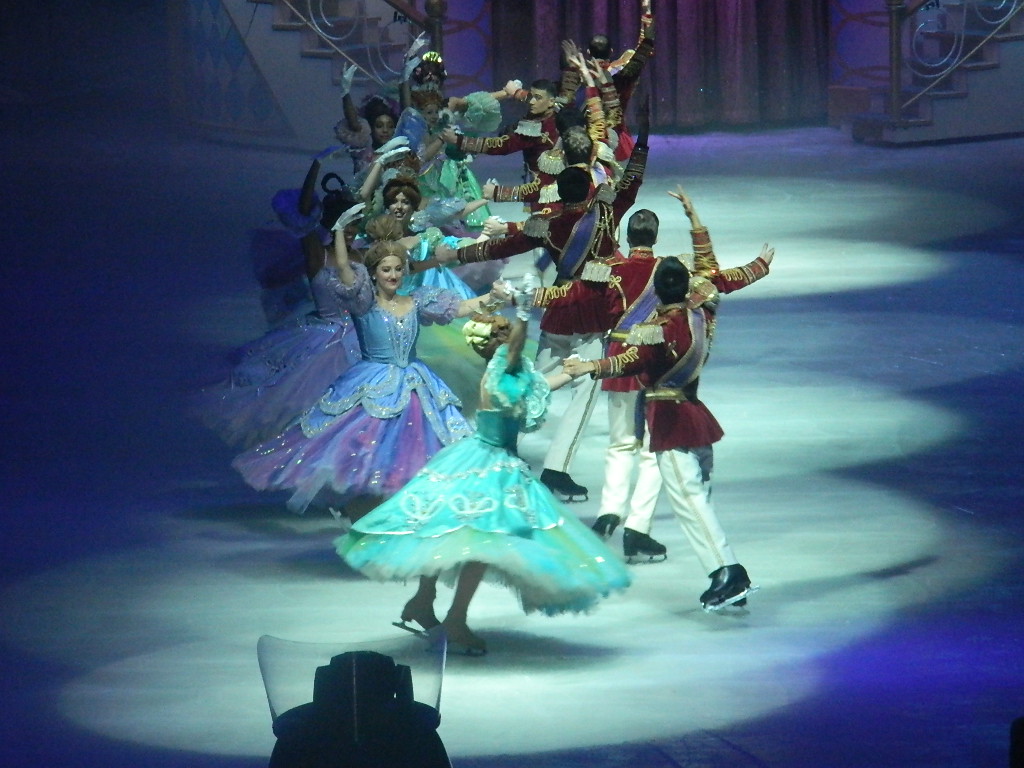 The ballroom scenes were a riot of sparkle and colour, with swishing skirts, beautiful ladies and handsome soldiers making the most of the large floorspace. Joe did enjoy this, but was anxious for the return of Mickey and Donald, I think this definitely appeals more to your little princesses than it does to your little princes.

The final section of the show told the story of Rapunzel, who I didn’t realise had been turned into a Disney heroine. This proved to be a totally enchanting tale, slightly changed in the Disney telling, but one that, on ice, lends itself to a series of breathtaking ballet style lifts, and also opportunities for soaring through the sky (without a harness, as my niece pointed out.) There was also a wonderful dancing white horse, who captured the heart of both Lia and Joe. 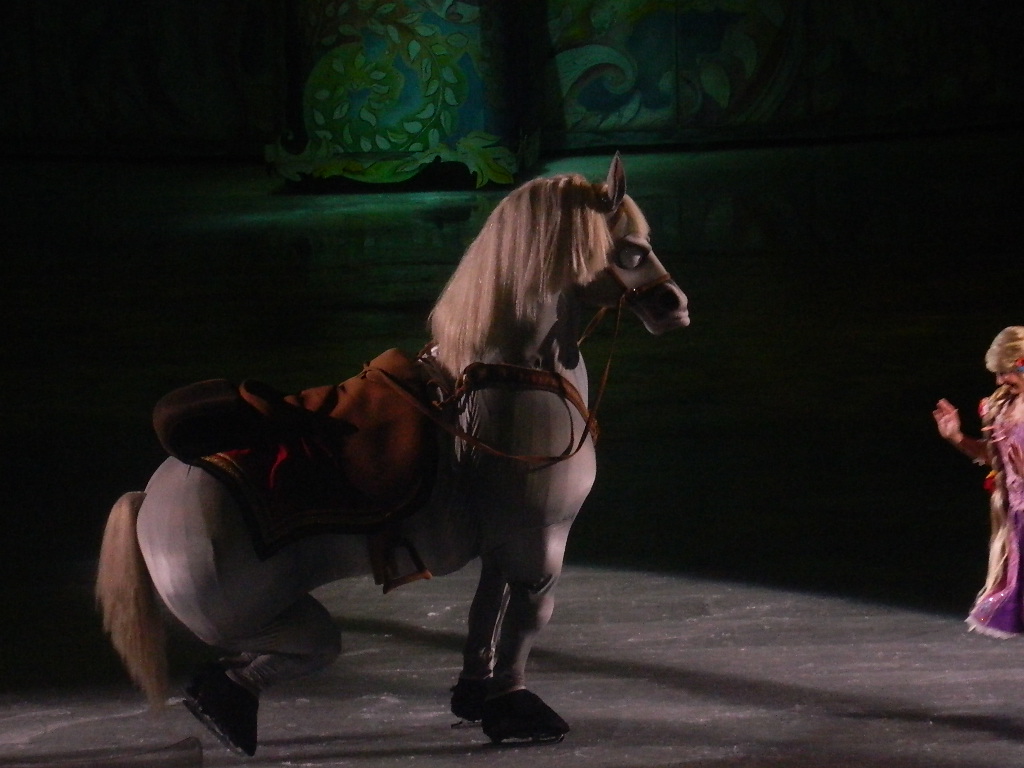 A stunning finale, which many other Disney princesses join in the fun, completed what had been a wonderful night. Disney on Ice Dare to Dream is the perfect family night out this half term, and will be at the Birmingham NIA until Sunday 3rd November. 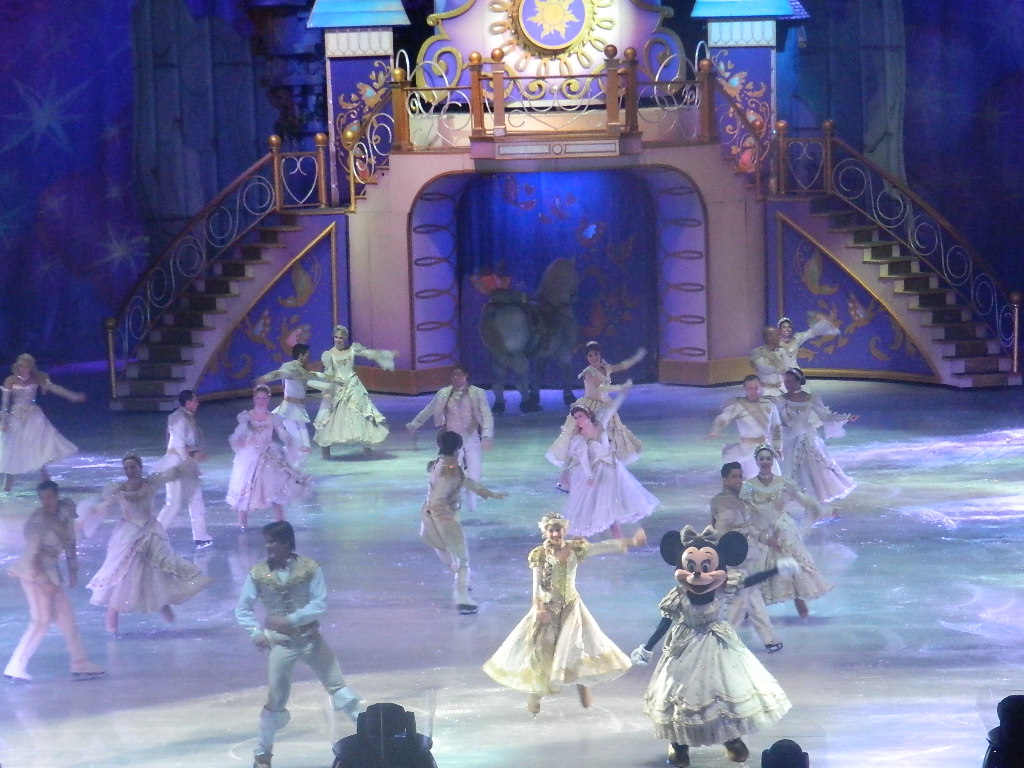 I’ve been a little obsessed with Wedge Wellies since I first spotted them on Dragon’s Den. The idea of a stylish Wellington boot that could also offer the height, and the glamour of a wedge heel was something that really appealed to the side of me that hates flat shoes.  In the years since that Dragon’s Den episode, the not so humble boots have moved on from strength to strength. And, with the UK facing some extreme weather conditions this week involving the possibility of flooding, it seems appropriate to pay tribute to the force of shoe nature that is the Wedge Welly.

Wedge Wellies offer so much in the way of pattern and style, giving you real options when it comes to matching your wellies to the rest of your wardrobe. Because, let’s face it, if we end up with anything like the snow of last winter, we will be wearing those boots quite a bit as we make our way to work, do the school run and generally try to make our way around in some decidedly dodgy conditions. The Wedge Welly, with its use of shiny patent and croc patterns, and gorgeous prints that range from sexy animal designs to cute Scottie Dog prints, have cornered the market in making wellies fun and fashionable. 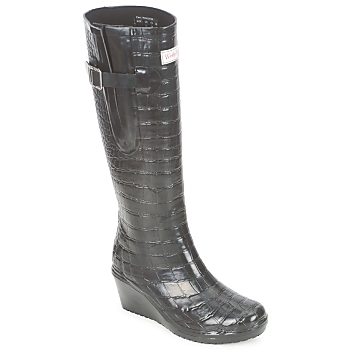 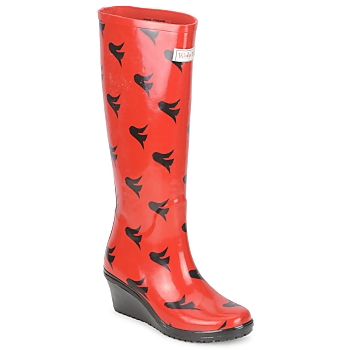 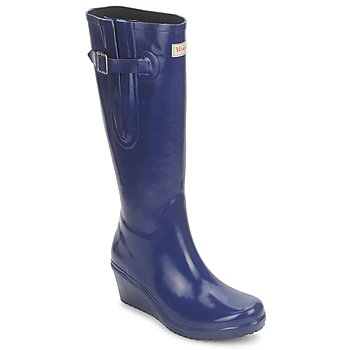 If the fabulous designs haven’t tempted you to invest in a pair of Wedge Wellies, then the lure of great quality should do the trick.  Made from High Content Rubber that make them hard wearing and durable, these boots are 100% waterproof, with many also coming with adjustable side strap. There are also designs available in wide fit, if, like me, you have more muscular or fleshy calves. All, in all, there are designs that suit absolutely everyone – even those who don’t actually like wedge heels! 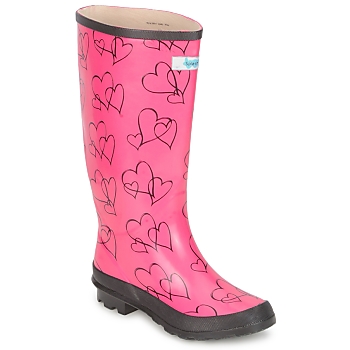 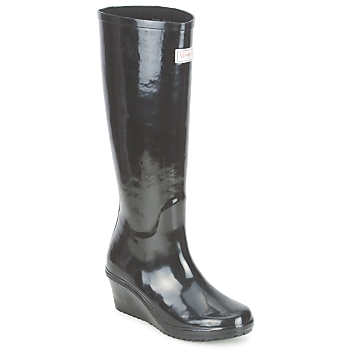 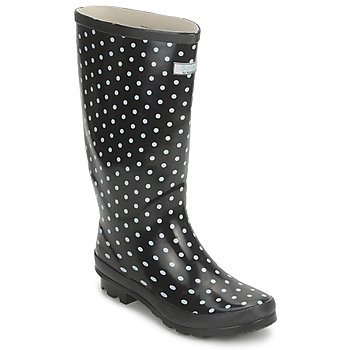